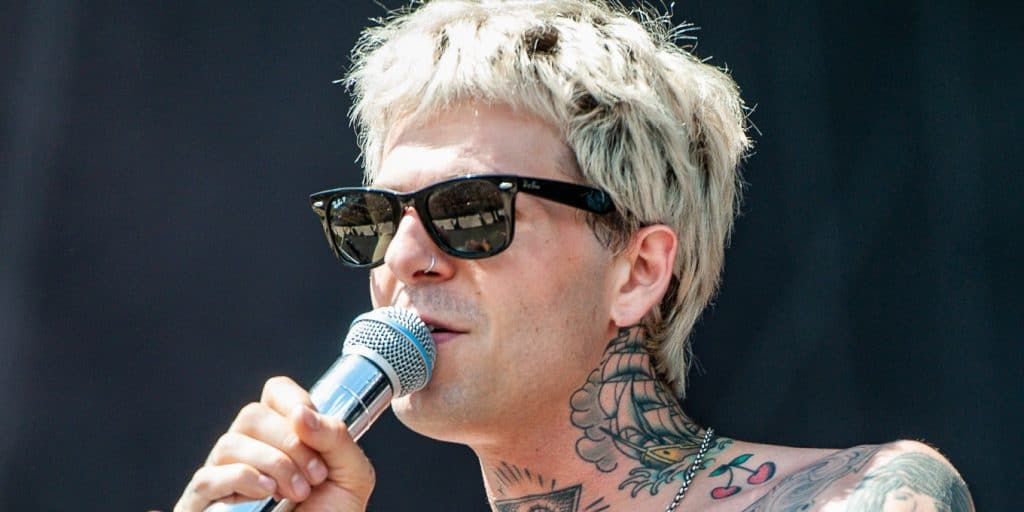 Who is Jesse Rutherford?

Jesse Rutherford is an American singer, songwriter, and actor, who is best known to the world as the frontman of the alternative rock band The Neighbourhood, often stylized as THE NBHD. The band has existed since 2011, and has so far released four studio albums.

Born Jesse James Rutherford on 21 August 1991 under the Leo zodiac sign, in Newbury Park, California USA, he hasn’t talked much about his family, though has said that his father passed away when he was a child, and that he has a sister, but hasn’t shared her name or age.

He started showing interest in performing arts at an early age, and while still a child appeared in several talent shows, in which he would impersonate the band members of the popular boy band N’Sync, and Elvis Presley among others.

His formal education remains a mystery, though it’s believed that he finished high school, but didn’t enroll at any college or university, as he focused on his career in music.

His interest in performing arts led him to appearances in television commercials, including for the Hallmark channel. Moreover, in 2002 he made his acting debut as Tommy in the romantic comedy film “Life or Something Like It”, starring Angelina Jolie, Edward Burns and Tony Shalhoub, and the same year featured in the biopic about the serial killer Ted Bundy, starring Michael Reilly Burke, Boti Bliss and Julianna McCarthy.

However, his interest in music prevailed, and sang in various bands throughout his teenage years. Jesse also worked in several clothing stores to support himself, and was a huge fashionista during these years, often changing clothes five times a day, mixing not just styles but also genders.

His early interest and work in music brought him closer to like-minded people. After working on his own for some time, he teamed up with guitarists Jeremiah Freedman and Zachary Abels, and then drummer Bryan ‘Olivver’ Sammis and bass guitarist Michael Margott, to form the genre-blending pop-rock group The Neighbourhood. Each of the band members brought their own style and influence to the group, and the band became a mixture of atmospheric indie rock, hip-hop beats, electronic, and melodic R&B vocals.

Their first song “Female Robbery” was released in early 2012 but to mediocre reviews. However, the next song “Sweater Weather” astonished the fans and became a radio hit, topping the Billboard Alternative Songs chart in June 2013.

In May 2012, the band released the EP “I’m Sorry”, which was produced by Justyn Pibrow, and was put up for free download. This early success brought them a deal with Columbia Records, which is owned by Sony Music Entertainment. Their popularity continued to increase, and The Neighbourhood earned a spot at the Coachella festival in 2013; their debut album “I Love You” came out on 22 April.

The album achieved platinum status in the US, while “Sweater Weather” eventually achieved six times platinum status, thanks to its popularity on the video-sharing platform TikTok. In support of the album, the band toured the US alongside Imagine Dragons through July and September, and also performed in Eastern Canada in the summer of 2013, appearing at Canada’s largest music festival, Osheaga in Montreal, held on 4 August. The band’s activity didn’t end there for the year, as they toured along with Lovelife, JMSN, and the 1975 on a tour known as the Love Collection Tour. Their new EP “The Love Collection” came out on 10 December.

The second album “Wiped Out!” was released on 30 October 2015, and before the album, Jesse and the rest of the band announced the release of the lead single “R.I.P. 2 My Youth”, which became one of their most popular songs, reaching No. 14 on the US Billboard 200, with the album topped the US Alternative chart and achieved gold status. They toured Europe in November of the same year, while their American tour was held in May and June 2016.

Before their new studio album came out, the band worked on EPs, and 2017 saw them release “Hard”, with the EP reaching the Billboard 200 chart as it landed on the No. 183. In January 2018, another EP followed, entitled “To Imagine”, and the took the opportunity to announce the release of their third album “The Neighbourhood”, on 9 March 2018.

Since then, they’ve released one more album “Chip Chrome & the Mono-Tones”, which came out on 25 September 2020. Most recently, the band released the single “Fallen Star”.

In addition to his work with the band, Jesse has been creating music on his own, and has so far released several albums, with a few popular songs. His first solo work was the album “Truth Hurts, Truth Heals”, released in 2011. Next, in 2017 he released “&”, which spawned such hits as “Blame”, “BFF”, and “I Think We Should Stay in Love”. He toured the US as a solo act in 2019, and later the same year released his third album “GARAGEB&”, consisting of 12 songs including “Tunnelovision”, “Junkie”, “Story of My Life”, and “Rock & Roll DJ”, among others.

When it comes to his personal life, Jesse was in a long-term romance with singer Anabel Englund until 2014, and the song “U&I” was dedicated to her, which even featured a voicemail from her at the end.

After their break-up, Jesse dated YouTube star and Instagram model Devon Lee Carlson. The two amassed a huge fan following together, and the news of their break-up in 2021 affected their fan base.

So far, both Devon and Jesse haven’t been commenting on the rumors, but have removed all posts they made together on social media. All we can do is speculate until either one of them comes forward with more details about their romance.

As of late 2021, Jesse Rutherford’s net worth has been estimated to be around $4 million, earned through his career as a musician.

The prominent musician has naturally light brown hair, but he dyes it blonde; his eyes are dark brown. He stands at a height of 6ft (1.83m), while he weighs approximately 172lbs (78kgs). His vital statistics are unknown, but he has an athletic figure.

A tattoo lover, Jesse has several on his body, including a heart tattoo on his shoulder, and an eye of providence on his neck, while his chest and arms are also inked.

He has published a picturesque book entitled “&”, featuring pictures of himself wearing all the clothes that he had in his wardrobe.

Jesse is an avid animal lover and has a pet dog named Martin.

He is color-blind, which is why most of the Neighbourhood music videos are black and white.

Jesse had troubles with the law, as he was arrested at New Jersey’s Newark Liberty International Airport for possessing drugs, having been spotted by TSA agents while discarding a bag of marijuana.