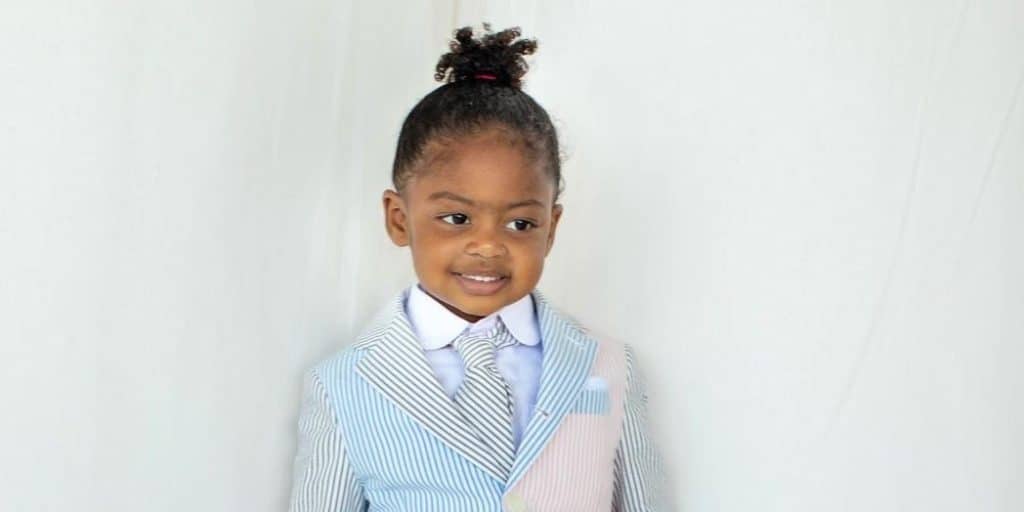 Who is Kaavia James Union Wade?

Kaavia is a celebrity child, the daughter of the famous National Basketball Association (NBA) player Dwayne Wade and his second wife, actress Gabrielle Union. She is still a child, primarily known through her parents.

Kaavia James Union Wade was born via surrogacy on 7 November 2018 under the Scorpio zodiac sign, in Miami, Florida USA. She has two older half-brothers, Zaire and Xavier from Dwayne Wade’s first marriage to his high school sweetheart Siohvaughn Funches, and a half-sister Zaya, the son of Dwayne Wade’s ex-girlfriend, Aja Metoyer.

Zaya was born Zion Malachi Airamis Wade, but at 12 years, came out as a transgender girl and changed her name to Zaya.

Kaavia’s mother has talked about her struggles of deciding to have her via surrogacy, and was detailed about her inability to get pregnant in the last few tries.

Although Kaavia is just three years old, she is already a social media star. Kaavia’s Instagram profile now has close to two million followers and is run by her parents. The profile shows young Kaavia in various comedic situations, from playing with her dog to enjoying time with her parents.

Gabrielle Monique Union was born on 29 October 1972, in Omaha, Nebraska to Theresa, a phone company manager and social worker, and Sylvester E. Union, a military sergeant. The family moved to Pleasanton, California USA when she was eight years old, and she later attended Foothill High School. Raised to be an independent woman, she took the words of her mother to her heart, and grew up to become an advocate of women’s rights. She obtained a bachelor’s degree in sociology from University of California, Los Angeles (UCLA).

She was 19 when she was attacked and raped while working at a Payless shoe store, and would later sue the company for negligence, stating that the store didn’t warn her or the others about the robber who had already committed the same offence in another Payless store. She has since recovered, and become the voice of women who have experienced the same assault as her.

In 2000 she made her first breakthrough with the role of Isis in the film “Bring It On” (2000), and the same year portrayed Dr. Courtney Ellis in the TV series “City of Angels”. Gabrielle has since gone on to appear in more than 85 film and TV titles, with some of her most popular roles including as Syd in the film “Bad Boys II” (2003), co-starring Will Smith and Martin Lawrence, then as Evangeline ‘Eva’ Dandridge in the award-winning romantic comedy-drama film “Deliver Us from Eva”, co-starring LL Cool J and Essence Atkins, then as Mary Jane Paul, the titular character of the TV romantic thriller-drama series “Being Mary Jane” (2013-2019), and most recently as Sydney Burnett in the TV series “L.A.’s Finest” (2019-2020).

Gabrielle Union’s net worth has been estimated at around $40 million as of late 2021.

Before Wade, Gabrielle was married to National Football League (NFL) running back Chris Howard from 2001 until 2006 when their divorce was finalized, having separated a year prior; they didn’t have children.

Dwayne Wade and Gabrielle Union started dating in 2008 and married in 2014, though they had a short pause in their relationship in 2013 as they had conflicting schedules and couldn’t keep their romance alive. They signed a prenuptial agreement before marriage, to protect their individual assets.

He has an older sister Tragil and two older half-siblings from his mother’s previous relationship. He had a tough childhood, with his parents divorcing when he was just four months old, while his mother was a struggling drug addict, but still received custody of Dwayne and his sister. When he was eight years old, his older sister tricked him to visit their father, by saying that they were going to the movies, but instead they stayed to live with their father and stepmother.

He avoided streets and drugs by turning to sport, playing football and basketball, and spent his formative years idolizing Michael Jordan.

He attended Harold L. Richards High School in Oak Lawn, and after matriculation enrolled at Marquette University in Milwaukee, Wisconsin, where he played basketball for the Golden Eagles. He skipped his senior year, and declared for the 2003 NBA Draft. He was chosen by the Miami Heat as the fifth overall pick, and immediately showcased his playing skills. He remained with Miami until 2016, and was a part of the Big Three Era, alongside LeBron James and Chris Bosh. He won three NBA Championships with Miami, 2006, 2012 and 2013. He then played for the Chicago Bulls and Cleveland Cavaliers, only to return to Miami and retire as a Heat player.

Most recently he purchased a minority ownership stake in the Utah Jazz.

Dwayne Wade’s net worth has been estimated to be around 170 million as of late 2021, earned through his successful career as a basketball player. The most lucrative contract he signed in his career was with the Chicago Bulls, which was a two-year deal worth $47 million.