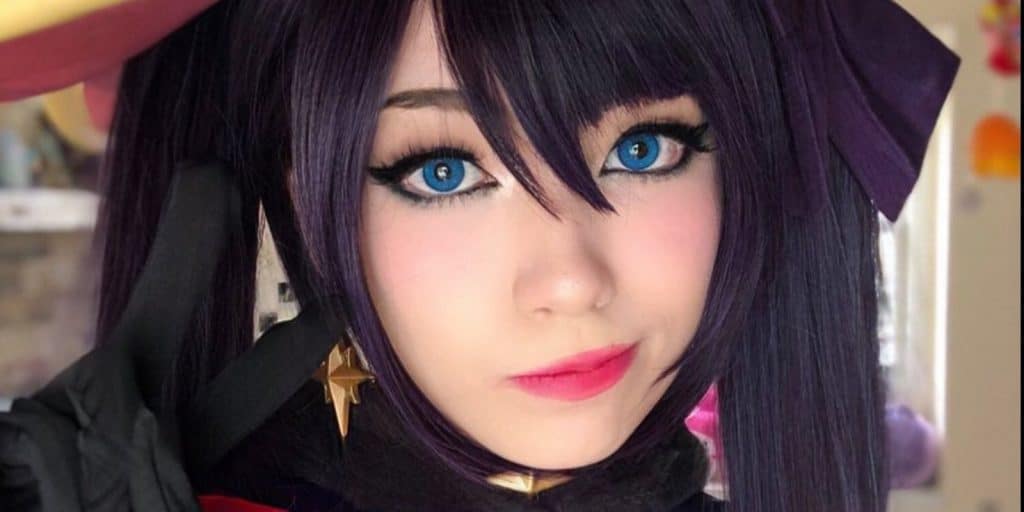 Emiru was born under the zodiac sign of Capricorn on 3 January 1998, in Wichita, Kansas USA; she holds American nationality, and her ethnicity is mixed, as she’s of German and Chinese descent. Her real name is Emily, but she hasn’t revealed her surname yet. She is a social media star, influencer, gamer, perhaps best known for streaming video games on Twitch, particularly “League of Legends”.

Emiru prefers to keep her private life away from the media’s attention, and there is no information about her parents or siblings, although she sometimes mentions her brother Austin on her social media networks, and they’ve collaborated on some videos.

She attended a local high school, and upon matriculating in 2016 enrolled at college, where she’s now a full-time computer science student, while also pursuing her career as a gamer.

Emiru gained her popularity through her Twitch profile on which she ‘s amassed nearly 450,000 followers, her videos mostly featuring her playing video games, and sometimes just chatting with her fans.

Being a popular Twitch streamer brought Emiru a chance to develop her own business – you can buy her merchandise online, such as mugs, ‘phone cases, shirts, stickers and other items. She also has her Cameo profile, on which you can hire her to create a personalized video message for any occasion.

Emiru launched her eponymous YouTube channel on 25 June 2013, and has gained over 150,000 subscribers, with all of her videos combined attracting over six million views, her most viewed is “IRL Ahri Emiru Stream Highlights+ Ahri Cosplay”, watched more than 670,000 times.

On Instagram she’s amassed almost 400,000 followers, and has posted more than 160 pictures onto her account, mostly featuring her in cosplay costumes.

Emiru established her Twitter account in December 2018, and since then she has gained almost 320,000 followers, while tweeting almost 2,000 times, mostly about games, cosplays, and her work; she also created a profile on reddit.com in September 2016.

Her TikTok account has more than 1.2 million followers, and all of her videos combined have gained over 18 million likes, mostly featuring her wearing cosplay costumes, and lip-syncing.

Emiru hasn’t spoken much about her previous love life, except once when she revealed that her ex-boyfriend gave her the ultimatum to choose between him and the “League of Legends”, so we all can realize what she chose.

Emiru was in a relationship with another popular Twitch streamer known as Dyrus – the two met in June 2016 at one of the gaming tournaments, and have been dating since then, revealing their relationship to their fans on 2 December 2016, when Dyrus posted a picture of the pair onto his Instagram account.

The two were the favorite couple in the Twitch community, and rumors about their break-up in 2020 were big news, Dyrus confessed that he hurt Emiru, but she’s forgiven him, so they’ve continued their relationship. They often played games together, and stream videos of them playing; they’ve shared their love on other social media networks, posting pictures with some romantic messages to each other.

However, as of October 2021, it seems that the couple has broken-up, and Emiru is now apparently dating Matthew Rinaudo, better known as Mizkif, who is also a Twitch streamer; Emiru hasn’t either confirmed or denied these rumors.

Besides playing video games, one of Emiru’s favorite hobbies is cosplaying; she enjoys wearing more than 150 costumes of various characters.

Emiru is an animal lover, with rabbits being her favorites; she takes care of nine which live with her.

She is into traveling, and has visited a couple of US states, mostly to participate in “League of Legends” tournaments and various cosplay events, her favorite travel destination is Los Angeles, California.

Dyrus was born under the zodiac sign of Aries on 30 March 1992, in Honolulu, Hawaii USA – his real name is Marcus Hill. He’s an American former professional player of the game “League of Legends”, who played from 2010 until 2015, and then came back in 2017. He played with four teams such as All or Nothing, Epik Gamer, Team SoloMid, and Delta Fox.

He was a three times champion on the League Championship Series (LCS), which is the top level of professional “League of Legends” in the US and Canada; in 2011 he was champion on of World Cyber Games competition, and in 2015 champion on the Intel Extreme Masters (IEM), which is a series of international tournaments held in countries all around the world.

Dyrus was raised in Honolulu, he attended a local high school, and upon matriculating in 2010 enrolled at college, however, there is no information about him graduating, since he was focused on his gaming career. His father’s wish was that Dyrus engage in the family business as a plumber, but Dyrus went into professional “League of Legends”.

Thanks to his career, Dyrus has visited several US states, mostly to participate in tournaments, and traveled to tournaments in China, Sweden, South Korea and France; his favorite travel destination is Shanghai, China.

Dyrus is active on social media networks such as Instagram, Twitter, Facebook and he daily uploads videos on his YouTube channel; he is active on his Twitch profile almost every day, so his fans can interact with him whenever they want. He’s also known as a Twitch streamer and YouTuber.

As of October 2021, his net worth has been estimated at close to $1 million.