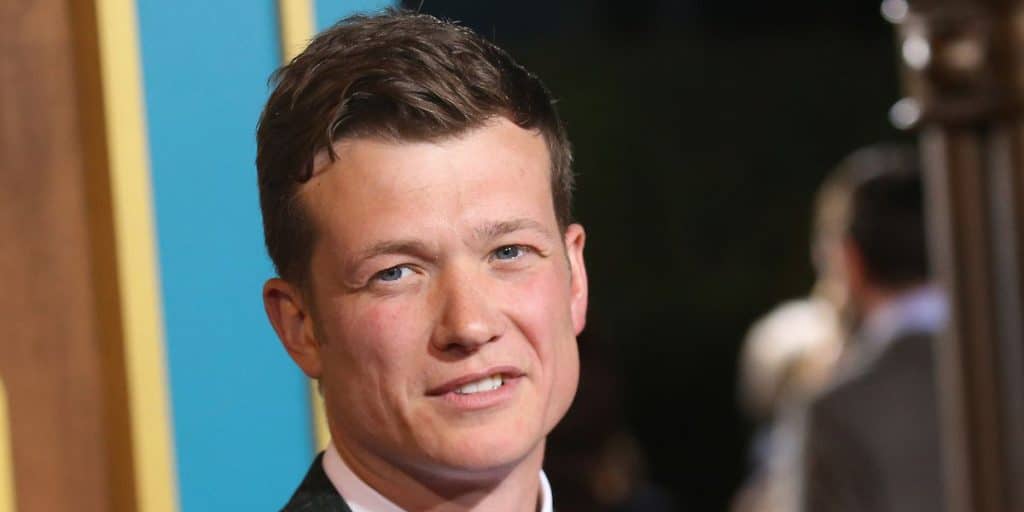 Who is Ed Speleers?

Ed Speleers is an English award-winning actor, perhaps still best known to the world as Eragon in the film of the same name in 2006 and as Jimmy Kent in the TV series “Downton Abbey” (2012-2014), in addition to several other notable characters that he’s portrayed during his successful career.

Edward John Speleers was born on 7 April 1988 under the Aries zodiac sign, in Chichester, West Sussex England. Of Belgian ancestry, he is the son of John and Gill Speleers, and a younger half-brother to children from his mother’s first marriage.

However, his parents divorced when he was three years old and his mother went on to live in Spain, while he and his father moved to London. It was about this time that he started showing his interest in acting, and as he got older he began performing in high school plays, such as “A Midsummer Night’s Dream”, and “Richard III”. He attended Eastbourne College in Sussex, which is a private boarding school, however, he left school before completing his A-Levels as his career had already taken off.

Ed’s career started in 2006, when he beat 180,000 other applicants for the role of Eragon in the film of the same name, based on the tetralogy of young adult high fantasy novels “The Inheritance Cycle”, written by Christopher Paolini. He starred alongside Sienna Guillory and Jeremy Irons, and it earned him a Saturn Award nomination in the category for Best Performance by a Younger Actor. Two years later, he secured the role of Jimmy Penwarden in the TV romantic-drama series “Echo Beach”, co-starring Martine McCutcheon and Jason Donovan, and in 2010 had the lead role in the television adventure-fantasy drama movie “Witchville”, starring alongside Luke Goss and Andrew Pleavin.

Ed continued his career rather successfully, first with the lead role in the award-winning action crime film “A Lonely Place to Die”, co-starring Alec Newman and Melissa George in 2011, while in 2012 he was selected for the part of Jimmy Kent in the Primetime Emmy Award-winning romantic drama series “Downton Abbey”. He appeared in 17 episodes until 2014, and took home the Screen Actors Guild Award in the category for Outstanding Performance by an Ensemble in a Drama, which he shared with co-stars including Hugh Bonneville, Laura Carmichael and Jim Carter among others.

Later in 2014, Ed starred in the action comedy-crime film “Plastic”, with Alfie Allen and Will Poulter, and continued with the role of Edward Seymour in the TV mini-series “Wolf Hall” (2015), and as Carl Denim in the TV crime-drama mini-series “Partners in Crime”. The following year Ed portrayed James Harcourt in the new take on Alice Kingsleigh’s adventures “Alice Through the Looking Glass”, starring Mia Wasikowska, Johnny Depp and Anne Hathaway, and as Slean joined the main stars of the TV series “Beowulf: Return of the Shieldlands” the same year, starring in all 13 episodes of the action-adventure series.

In 2017, Ed portrayed Colin Campbell in the biopic entitled “Breathe”, about the couple struck with polio but refusing to give up to this devastating disease, with Andrew Garfield, Claire Foy and Hugh Bonneville in the lead roles.

The next year, Ed secured one of his most famous roles to date as Stephen Bonnet in the TV fantasy romantic drama series “Outlander”, with Caitriona Balfe, Sam Heughan and Duncan Lacroix as the main stars of the Primetime Emmy Award-nominated series. He appeared in 12 episodes of the critically acclaimed series until 2020, and was nominated for his second Saturn Award, this time in the category for Best Guest Performance in a Television Series. Concurrently, Ed has several other roles, most notably as Johnny in the romantic comedy film “For Love or Money” (2019), starring Robert Kazinsky, Samantha Barks and Rachel Hurd-Wood.

Moreover, Ed is working on the historical drama film “Against the Ice”, which will star Nikolaj Coster-Waldau of “Game of Thrones” fame, Joe Cole, and Heida Reed, and is in post-production, and scheduled for release late in 2021.

Ed resides in Bristol, England with his wife and their two children, a son and a daughter. His wife, Asia Macey is a wardrobe director, and the two met while he was on the set of “Downton Abbey”. The two started dating and though it is not known when they married, but according to sources sometime in 2014. In addition to “Downton Abbey”, Asia has worked on such series as “Silk” (2012), “Broadchurch” (2013-2015), “Will” (2017), and “Riviera” (2019), as an assistant costume designer or costumer supervisor.

As of late 2021, Ed Speleers’s net worth has been estimated to be around $4 million, earned through his successful career as an actor, appearing in over 25 film and TV titles.

The award-winning actor has naturally blonde hair and blue eyes. He stands at a height of 5ft 10ins (1.78m), while he weighs approximately 165lbs (75kgs). His vital statistics are 42-34-15. Ed is a fan of tattoos and has several tattoos on his body, including a nautical star on his wrist, and on his left hip, he has tattooed words “Ramble On”, in honor of his favorite song by Led Zeppelin.

Ed is known for his philanthropic activities; the ambassador of the UK charity YouthNet, which provides help to families who are in the British foster care system, contributing in various ways such as organizing fundraisers himself and personal donations.

An avid supporter of the English soccer club Tottenham Hotspur, he tries to attend every home game of his beloved soccer club.

A huge fan of the eponymous band The Rolling Stones, he has said that he looks up to Mick Jagger, and that he would like to portray the frontman in a biopic about him and the band.