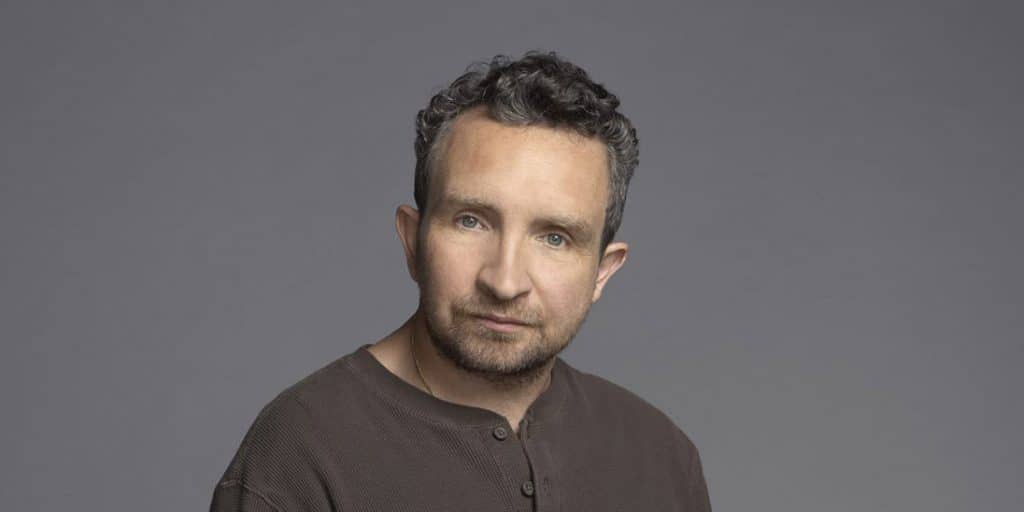 Who is Eddie Marsan?

Eddie Marsan is an English veteran award-winning actor, probably best known to the world as Scott in the film “Happy-Go-Lucky” (2008), then as Vic in the film “The Disappearance of Alice Creed” (2009), and as Peter Page in the film “The World’s End” (2013), among many other roles that he has secured in his long and a rather fruitful career.

Born Edward Maurice Charles Marsan on 9 June 1968 under the Gemini zodiac sign, in Stepney, London England, he is the son of a lorry driver father, while his mother was a teacher’s assistant and a school ‘dinner lady’. He grew up in Bethnal Green, where he went to Raine’s Foundation School. However, he left school at 16 years old and became an apprentice printer, and then began pursuing a career in acting.

He was a trainee at the Mountview Academy of Theatre Arts, from which he graduated in 1991, after which Eddie studied acting under Sam Kogan at the Kogan Academy of Dramatic Arts. Years later, Eddie became the patron of the academy and still holds that position.

Eddie Marsan’s career started in the late ‘80s with a couple of appearances as an extra, first in the film “Empire State” (1987), then in the TV series “The Comic Strip Presents” in 1988. His official debut came in 1992 as Yob in the TV series “The Piglet Files”, while from 1992 to 1996, Eddie played several characters in the TV procedural crime-drama series “The Bill”. He went on to appear in the TV series “Casualty” and “EastEnders”, both in 1996, while in 1998 Eddie portrayed Dimitri in the television thriller-drama movie “Crime and Punishment”, based on the novel by Fyodor Dostoevsky, and starring Patrick Dempsey, Ben Kingsley, and Julie Delpy.

Before the decade ended, Eddie appeared in the award-winning comedy film “Janice Beard”, starring Eileen Walsh, Rhys Ifans, and Patsy Kensit, and as Liam Cooper in the television movie “Plastic Man”, both in 1999, among several other lesser appearances.

Marsan started the new millennium with the role of Eddie Miller in the award-winning thriller crime-drama film “Gangster No. 1”, with Malcolm McDowell in the lead role, while in 2001 he appeared in the romantic comedy-drama film “The Emperor’s New Clothes”, starring Ian Holm, Iben Hjejle and Tim McInnerny.

Eddie continued his career rather successfully into the mid- 2000s, first with the role of Killoran in Martin Scorsese’s eponymous crime-drama film “Gangs of New York” (2002), starring Leonardo DiCaprio, Cameron Diaz and Daniel Day-Lewis, and then in 2003, he was Jez Walters in the award-winning drama film “Afterlife”.

The same year, Eddie secured the role of Reverend John in the Academy Award-nominated thriller crime-drama film “21 Grams”, which is still one of his most memorable roles, starring alongside Sean Penn, Benicio Del Toro and Naomi Watts. Next, Eddie featured in the Academy Award-nominated crime drama film “Vera Drake” (2004), which starred Imelda Staunton, Jim Broadbent, and Heather Craney, and in 2005, Eddie played Victor in the critically-acclaimed romantic drama film “The Secret Life of Words”, written and directed by Isabel Coixet, and starring Sarah Polley, Tim Robbins and Sverre Anker Ousdal. The same year, Eddie starred in the biopic about Albert Pierrepoint, Britain’s most prolific hangman, “Pierrepoint: The Last Hangman”, co-starring Timothy Spall and Juliet Stevenson, and also made an appearance in the eponymous sci-fi action drama film “V for Vendetta”, with Hugo Weaving, Natalie Portman and Rupert Graves as the main stars.

Eddie continued his career in stunning fashion in the second half of the decade, co-starring in the Oscar Award-nominated mystery film “The Illusionist” (2006), with Edward Norton and Jessica Biel in the lead roles, while in 2008 he secured his most prominent role to date, as Scott in the Academy Award-nominated romantic comedy-drama film “Happy-Go-Lucky”, written and directed by Mike Leigh, and starring Sally Hawkins, Alexis Zegerman and Samuel Roukin.

The same year, Eddie had the supporting role in the fantasy action-drama film “Hancock”, which starred Will Smith, Charlize Theron and Jason Bateman, and in 2009 he was Vic in the crime-thriller film “The Disappearance of Alice Creed”, co-starring next to Gemma Arterton and Martin Comspton. The same year, Eddie was chosen for the role of Inspector Lestrade in the adventure mystery-action film “Sherlock Holmes”, with Robert Downey Jr. in the titular role.

The next decade he started with the role of James in the award-winning independent drama film “Tyrannosaur” (2011), starring Peter Mullan, Archie Lal, and Jag Sanghera, and appeared in Steven Spielberg’s  Academy Award-nominated action drama film “War Horse”, with Jeremy Irvine, Emily Watson and David Thewlis. The same year, Eddie reprised the role of Inspector Lestrade in the “Sherlock Holmes: A Game of Shadows”, and in 2012 he starred next to Charlotte Rampling and Gabriel Bryne in the thriller-drama film “I, Anna”.

In 2013, Eddie was selected for the role of Terry Donovan, the older brother of Ray Donovan, the titular character in the TV series, played by Liev Schreiber. The series aired until January 2020 when it was canceled after seven successful seasons and a number of awards, including the Primetime Emmy Award.

During his time on the set of “Ray Donovan”, Eddie worked on numerous other projects, including the drama film “Still Life” (2013), in which he starred with Joanne Froggatt and Karen Drury, and then appeared in the award-winning romantic drama film “A Brilliant Young Mind” (2014), with Asa Butterfield, Rafe Spall and Sally Hawkins in the lead roles. Three years later, Eddie co-starred in the action-thriller film “Atomic Blonde”, alongside Charlize Theron, James McAvoy, and John Goodman, and in 2018, Eddie portrayed Paul Wolfowitz in the Academy Award-winning biopic comedy-drama film “Vice” about Dick Cheney, starring Christina Bale, Amy Adams, and Steve Carell.

He appeared in several films in 2019, including “The Professor and the Madman”, “Abigail”, and “The Gentlemen”, while in 2021 he starred next to Anthony Hopkins and Abbie Cornish in the film “The Virtuoso”.

Eddie is currently working on several projects, including the new TV series thriller “Ridley Road”, which will star Julia Krynke, Gabriel Akuwudike and Danny Hatchard, currently in post-production and scheduled for the premiere late in 2021.

Furthermore, he is working on the film “Ray Donovan”, which is set for release in 2022 and according to producers will round up the story, as the series was canceled before the characters got their closure. Eddie will once again portray Inspector Lestrade in the third installment of “Sherlock Holmes”, though the film is still in pre-production and no release date has been set. Eddie is also set to star as Billy Epstein’s father later this year in the film “Midas Man”, which will star Jacob Fortune-Lloyd as Billy Epstein, and Emily Watson as his mother.

Eddie isn’t very talkative about his personal life, but it’s known that he’s been married to Janine Schneider, a make-up artist, since 2002.

Eddie is the patron of Humanists UK since 2015, having identified as a humanist for the better part of his life.

As of mid- 2021, Eddie Marsan’s net worth has been estimated to be around $4 million, earned through his successful career as an actor, during which he has appeared in more than 135 film and TV titles, all of which have increased his wealth.

This award-winning actor has short brown hair and blue eyes. He stands at a height of 5ft 8 ½ ins (1.74m), while he weighs approximately 150lbs (68kgs). His vital statistics are unknown at the moment, though he has an average figure.

Join us is in wishing Eddie Marsan a wonderful birthday!

Eddie is an adrenaline junkie, and whenever time allows, he enjoys bungee jumping and rock climbing. Pictures on his Instagram page reveal his adventurous side, as he loves exploring nature, including forests, mountains and beaches as well. He has traveled to Europe, Asia, and the USA.

He has used his influence to spread awareness about numerous social problems, and has supported the LGBTQ+ community and Black Lives Matter, among other social movements.

He is an animal lover, and has a pet dog.