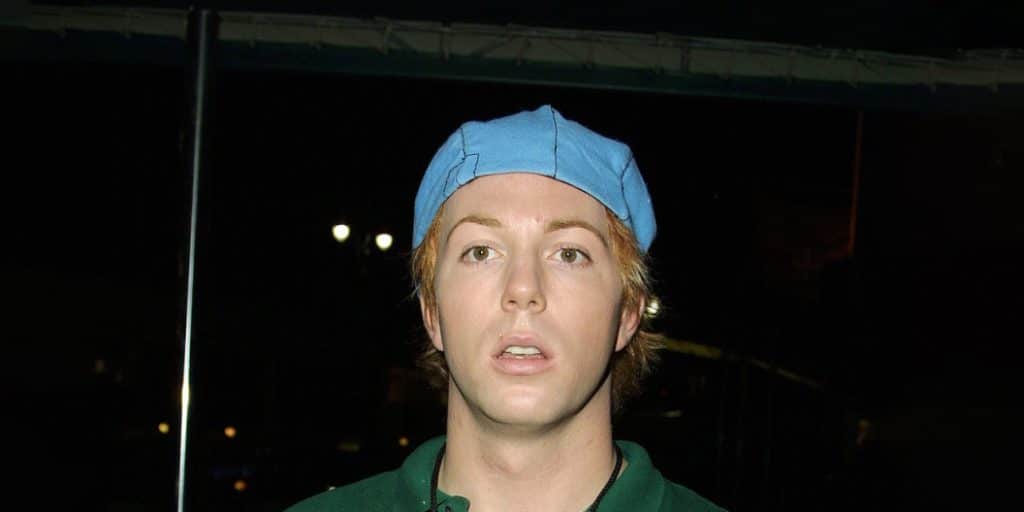 Who is Elijah Blue Allman?

Elijah Blue Allman, also known professionally as P. Exeter Blue, was born on 10 July 1976 under the zodiac sign of Cancer, in Beverly Hills, California USA. He’s a 45-year-old musician and visual artist, probably best recognized for being the lead vocalist and guitarist of the famous industrial metal band Deadsy. He is also known as the son of singer/actress Cher and musician Gregg Allman.

How rich is he, as of now? Elijah Blue Allman Net Worth

As of early 2022, Elijah Blue Allman’s net worth is estimated at over $15 million, earned through his successful career in the music industry, releasing numerous singles and studio albums since he launched his career back in the mid-1990s.

Elijah Blue Allman spent his early years in his hometown of Beverly Hills, where he was raised by his famous parents Cher, known as the “Goddess of Pop”, and Gregg Allman, famous for being a singer-songwriter and performing with the Allman Brothers Band. His older half-brother is Chaz Bono from his mother’s previous marriage with Sonny Bono, and he also has four more half-siblings from his father’s romances, namey Michael Allman, Devon Allman, who is the lead singer of The Allman Betts Band and Honeytribe, Delilah Island Allman, and Layla Brooklyn Allman, known as the lead singer of Picture Me Broken.

He holds American nationality and belongs to a mixed ethnic group, of American, Armenian, British and German ancestry. He is a Christian. Speaking about his education, Elijah went to Hyde School, a private boarding school located in Bath, Maine, from which he matriculated in 1994.

Elijah Blue Allman has made a name for himself as a successful musician. He developed his love for music at a very young age, since he was exposed to the world of music thanks to his parents at the time, and had a chance to meet some of the most popular music artists as a child – his first guitar was a present from Gene Simmons, the bassist of the rock band Kiss.

At the age of 13, he went on a tour with his mother Cher, and made an appearance as a guitarist in the music video for her famous song “If I Could Turn Back Time” in 1989. Five years later, he auditioned for the spot of a guitar player for Nine Inch Nails but eventually lost out to Robin Finck.

In 1995, Elijah co-founded the industrial metal band called Deadsy, alongside Alec Puro and Renn Hawkey. Soon afterwards, they signed a record deal with Sire/Elektra Records. Since they didn’t have a bassist in the group, they asked Jay Gordon to join them for their debut self-titled studio album, which was released in February 1997.

Thereafter, they had some issues in securing a new deal until they were signed to Elementree Records in 2001. The band released its second studio album, entitled “Commencement”, in May 2002; although they collaborated with such big names as Fred Durst and Jonathan Davis, the album didn’t achieve much success, reaching No. 100 on the Billboard 200 chart by selling 175,000 copies.

Their next album came four years later, after they signed a new deal with Immortal Records. The album “Phantasmagore” was issued in August 2006, but was also a commercial failure, peaking at No. 176 on the Billboard 200 chart.

The following year the band announced their hiatus, which lasted until 2018 when they performed next to Queens of Stone Age at San Quentin State Prison. Two years later, they announced that the band had started work on their new album “Subterfugue”, which was set to be released in 2021. Moreover, they re-released “Phantasmagore” via their own label Tran Kilo in November 2021.

In 2008, Elijah founded his own solo project called Elijah Blue and the Trapezoids. He recorded three demos, entitled “Haunted”, “White Knuckle Angel Face”, and “Long Way Down”, and uploaded them onto his MySpace account. Besides that, he has featured on such albums as Orgy’s “Candyass”, Coal Chamber’s “Chamber Music”, Korn’s “Korn Kovers”, and Thirty Seconds to Mars’ debut self-titled album, among others.

Apart from being a musician, Elijah is known as a visual artist. He held his first show “Step-and-Repeat” at Kantor Gallery in April 2010, which gained him popularity among other artists. He has also staged other exhibitions, including “Stuff Of Legends” and “Celebrity Apocalypse”.

Elijah Blue Allman is a married man, and the name of his wife is Marieangela King.

She is also a musician, recognized as the vocalist of the band King. The couple tied the knot at a wedding ceremony held on 1 December 2013; they don’t have children. Regarding his past love life, he had dated numerous celebrities, such as Bijou Phillips, Nicole Richie, Paris Hilton, Heather Graham, and Kate Hudson.

Born as Cherilyn Sarkisian on 20 May 1946 under the zodiac sign of Taurus, in El Centro, California USA, Cher is one of the world’s most popular singers and actresses, widely considered as the “Goddess of Pop”, and a cultural icon with an almost six-decade-long career.

She gained worldwide recognition as half of the folk-rock husband-wife duo Sonny & Cher and through their number-one hit song “I Got U Babe”. They also ran two highly popular TV shows in the United States, entitled “The Sonny & Cher Comedy Hour” and “The Sonny & Cher Show”. she established herself as a solo singer after their separation, and since then has released 26 studio albums, of which the most famous are “Heart Of Stone”, “Love Hurts”, “Believe”, and “Living Proof”. She has sold more than 100 million copies, becoming one of the best-selling music artists in the world.

Her number-one hit singles include “Gypsys, Tramps, & Thieves”, “Half-Breed”, “Dark Lady” and her signature single “Believe”, which became one of the best-selling singles of all time, since it’s sold more than 11 million copies, and earned her a Grammy Award for Best Dance Recording.

As an actress, Cher was praised for her performances in such film titles as “Silkwood” (1983), “The Witches Of Eastwick” (1987), and “Moonstruck” (1988), the last of which earned her an Academy Award for Best Actress, as well as a Golden Globe Award for Best Actress in a Motion Picture – Musical or Comedy. Her other accolades include two more Golden Globe Awards, an Emmy Award, and a Cannes Film Festival Award, to name a few.