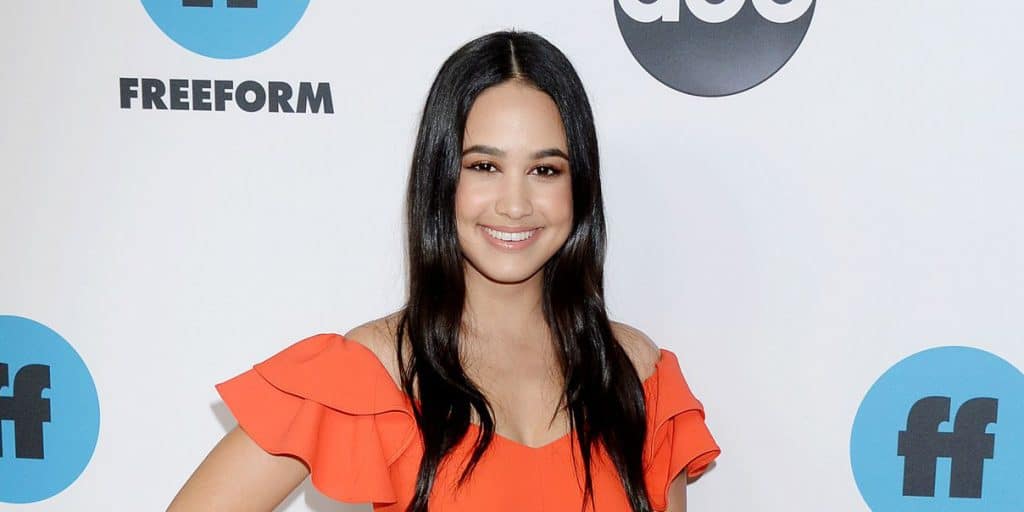 Emily Gabriella Attias Tosta was born in Santo Domingo, Dominican Republic, on 26 March 1998 – her zodiac sign is Aries, and she holds both American and Dominican nationality. She’s an actress, singer and a model, perhaps known best for her roles in TV series such as “Mayans M. C.” and “Party of Five”.

Emily spent her early childhood in Santo Domingo, before moving to Miami, Florida with her family when she was 12 years old. She has an older brother named Gaby, and an older sister named Karla. She comes from a diverse ethnic background, as her mother has Venezuelan, Brazilian and Italian ancestry, while her father is originally from Lebanon.

Before coming to the US, Emily had already begun her career in the entertainment industry, having modeled for the Dominican magazine “A La Moda” at the age of six. Two years later, she made her acting debut in a local production of the musical “The Pied Piper of Hamelin”, in which she played the title role. In 2014, she moved to Los Angeles, California to pursue an acting career. She matriculated from a local high school three years later, but didn’t enroll at a college or university.

Emily made her TV series debut in 2013, when she appeared in an episode of the telenovela “Dama y Obrero”, produced by the Miami-based TV network Telemundo Studios, as an adaptation of a Chilean series of the same name.

In the following year, she appeared in an episode of the sci-fi action drama “The Last Ship”, centered on the crew of a naval ship, who come to a realization that they’re some of the last living people on Earth, as a pandemic had killed off the majority of the population. In 2016, Emily played the role of Carla Jones in an episode of the crime series “NCIS: Los Angeles”.

Since 2018, she has been playing the role of Leticia Cruz, in the FX crime drama “Mayans M. C.” The series was created by Kurt Sutter and Elgin James, as a spin-off from “Sons of Anarchy”, and follows the Sons’ infamous rivals-turned-allies, the Mayans Motorcycle Club. It takes place two years after the “Sons of Anarchy” finale, in a fictional town near the American border with Mexico.

It was well received by the public and critics alike, and has been renewed for a fourth season, which is set to premiere in 2022.

Another notable TV series role for Emily, was in the romantic drama “Party of Five”, the 2020 adaptation of the eponymous Fox series which aired in 1994. It was created by Amy Lippman and Christopher Keyser, and also starred Niko Guardado, Brandon Larracuente and Elle Paris Legaspi. It centered on the lives of four siblings who must navigate the daily struggles after their parents are deported to Mexico; it aired on Freeform network for 10 episodes, from 8 January to 4 March 2020., and was warmly received by TV critics, with an approval rating of 96% on the review-aggregation website Rotten Tomatoes.

Emily has primarily been focused on her TV series work, and has appeared in only three movies. She made her film debut in the 2017 romantic comedy “Vikes”, written and directed by Tenney Fairchild, and which starred Aidan Alexander, Sydney Sweeney and Carter Hastings.

Three years later, she had a supporting role in the Christian comedy “Selfie Dad”, about a former stand-up comedian who tries to become a social media star, before his and his family’s lives are radically changed by the Bible.

In 2021, Emily played the female lead opposite to Nicolas Cage, in the action horror comedy “Willy’s Wonderland”, written by G. O. Parsons, directed by Kevin Lewis, and which follows a man who get tricked into cleaning an abandoned family entertainment center, haunted by murderous animatronic characters.

She is set to star alongside Carlos Montilla and Riccardo Frascari, in the fantasy drama “Tito: Peace of Heaven”, which is expected to be released in 2022.

Emily launched her singing career in 2015, by performing the US National Anthem for the Supreme Court Judge of the USA. She went on to perform at The Pub Club opening, and several other public events, such as the American Cancer Society fundraiser.

Furthermore, she has showcased her singing talents in numerous musical theatre productions she’s been a part of, including “A Christmas Carol”, “Alice in Wonderland” and “Like in Broadway”.

Although Emily hasn’t released any music of her own yet, it’s her dream to publish a solo studio album one day.

Emily was previously in a relationship with the Canadian social media star, Crawford Collins. The two started dating in 2015, and their relationship was fairly public, as they often uploaded photos and videos featuring each other onto their social media accounts. However, they broke-up in 2018, but stayed on amicable terms.

Crawford is known for his Instagram account, which numbers more than 1.2 million followers, while his YouTube channel has over 320,000 subscribers. He first gained fame through the now defunct video sharing platform Vine. In 2019, he was a contestant in the first season of the YouTube reality series “The Reality House”. Crawford is currently a member of the content creator collective C4 House, and is in a relationship with the YouTube star, Nezza.

Emily currently appears to be single, hasn’t been married or engaged, and doesn’t have children.

In recent years, Emily has appeared on the cover of numerous fashion and lifestyle magazines, including “Vous”, “Composure” and “El Especialito”.

She likes watching movies in her spare time, with some of her favorites being “Midnight in Paris”, “Bridges of Madison County” and “Before Sunset”, while the actors and actresses she looks up to the most are Meryl Streep, Angeline Jolie and Leonardo DiCaprio.

If she ever writes a memoir, she would name it “Warrior”.

Emily was active on YouTube, regularly uploading videos onto her channel, but has since stopped doing so, and has even deleted all of her old videos.