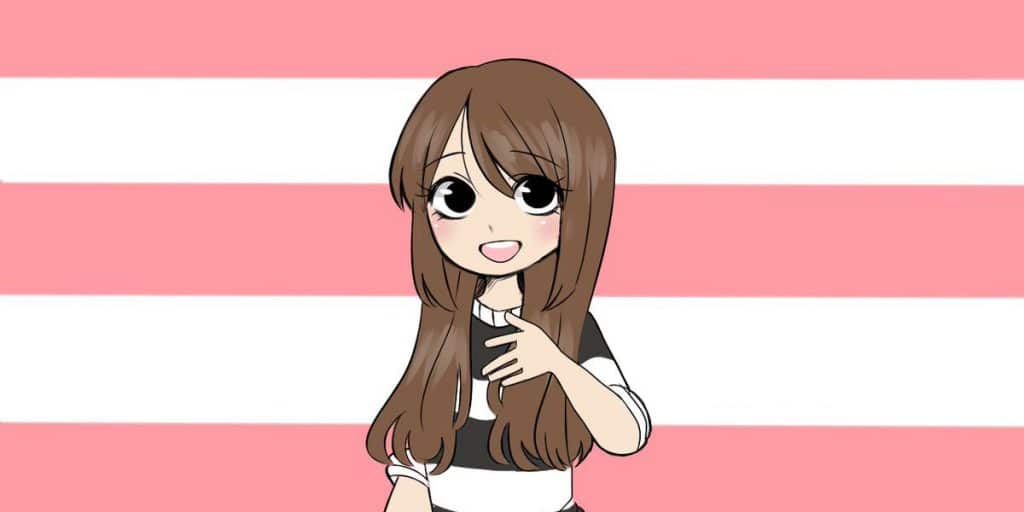 Emirichu is a South Korean-American YouTube star, who achieved stardom by uploading animated storytime videos onto her official YouTube channel. She has also worked as a voice actress for MOONSHINES Animations.

Emily Kim was born on 27 August 1995 under the Virgo zodiac sign, in New York City, USA, to South Korean parents who migrated to the USA in the ‘80s. Her father is a pastor and construction worker, while her mother worked as a nurse at a local hospital, but she hasn’t revealed their names.

She had problems with her parents as she grew up, since she wasn’t religious, which put a strain on their relationship. Emirichu is the youngest of three with brothers John and Josh Sim. She grew up in New York, but the family moved to Los Angeles, California when she was 15 years old. Emirichu became interested in drawing and animation while still in high school, after her father forbade her to train in Tae Kwon Do, as he felt it was rather boyish and not suited for girls. She went to high school in Los Angeles, and after matriculation enrolled at a college, but hasn’t revealed which one, nor whether she finished her studies or not.

During her university years, she served as a camp counselor.

Interested in drawing and animations from an early age, Emirichu started learning how to create animations on her own. She started following Japanese illustrators, especially Arina Tanemura, who became her greatest source of inspiration. Emirichu joined YouTube in June 2011, however, her first video wasn’t uploaded until 2016, actually a voice-over work as she tried to do voice impressions of characters from the popular video game “League of Legends”. Her first animation video was uploaded in 2017, entitled “It’s Not Like I Like You! Animatic (COMPLETE)”.

She continued to upload animation videos, and gradually increased her popularity. She would draw herself and talk behind the animated character in her videos, sharing some of her personal stories, such as in the video “When I Tried to Fight my Middle School Bullies Over a Sketchbook”, then “When I Clogged a Toilet in Guatemala”, and many others.

As she was becoming more popular, Emirichu continued improving her illustrations and voice-over work, adding colors to her characters and stories behind them. She created her own character in color, presenting herself with brown hair, a black skirt, and a top with horizontal stripes.

More videos followed and she was noticed by an increasing fan base, which soon mirrored in the number of her subscribers, but also in the number of friends that she made on YouTube. She began collaborating with such storytime animators as TimTom, Tabbes, TheAMaazing, ChillyPanda, and others, while she is also a good friend with CDawgVA, GingerPale, illymation, and Life Noggin.

Emirichu is now a world star, with close to three million subscribers, while her videos have been viewed more than 260 million times – some of her most popular include “Childhood Crushes 2”, which has over 21 million views, then “Childhood Crushes 3”, viewed more than 16 million times, and “When My Students Found My YouTube Channel”, with more than 12 million views, among numerous other videos that have only increased her popularity.

Emirichu now uploads videos rather rarely, her schedule seemingly one video a month, as she’s now more focused on her work with MOONSHINE Animations as a voice-over artist.

Emirichu is rather secretive about her love life, and has often spoken in signs. However, according to sources, she has been in a romantic relationship with YouTuber Daidus since 2020. She first hinted that the two were a thing on April Fool’s day 2020, which  and fans doubted, but Emirichu later confirmed that the two are dating.

As of mid- 2021, Emirichu’s net worth has been estimated to be around $750,000, earned through her successful careers as an online content creator and a voiceover actress.

This prominent YouTuber has dark brown eyes and black hair. She stands at a height of 5ft 6ins (1.68m), weighs approximately 128lbs (58kgs), vital statistics unknown, but she has a fit figure and her bra size is 34B.

Emirichu is a huge fan of Japanese manga and anime, and has said that she is a huge fan of Studio Ghibli, and such anime films and series as “Howl’s Moving Castle”, “The Take of Princess Kaguya”, and “Princess Mononoke”.

She is physically active, and in her spare time loves playing various sports, including basketball and tennis, while she is also a prolific skier.

Emirichu is an avid animal lover and has a pet cat named Prince.