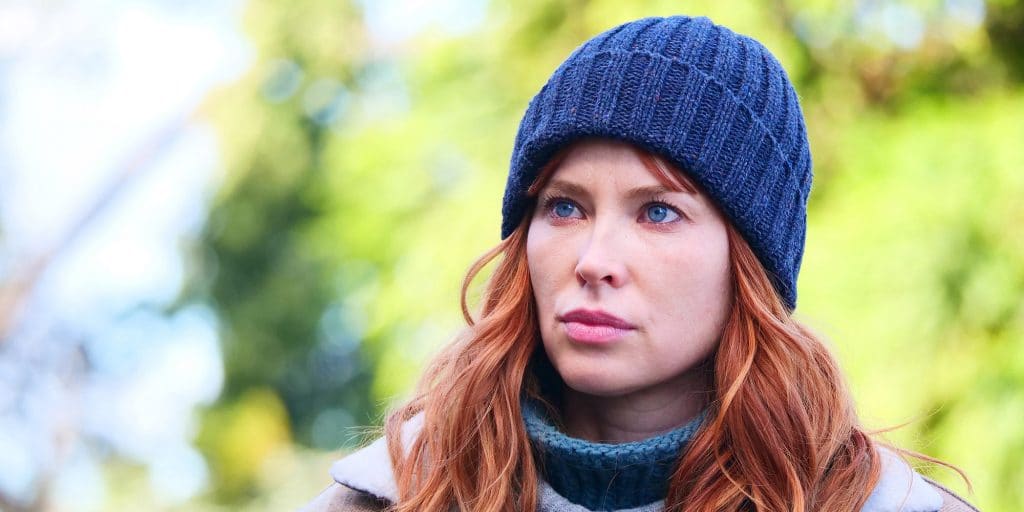 Who is Emma Booth?

Emma Booth is an Australian award-winning actress, perhaps best known to the world as Jill in the film “Introducing the Dwights” (2007), then for playing Evelyn White in the film “Hounds of Love” (2016), and as Molly McGee in the TV series “The Gloaming” (2020), among several other notable roles.

Emma Booth was born on 28 November 1982, in Denmark, Western Australia, to William Booth who was working in a local theatre, and Kaye Booth, who ran a small business.

She has three siblings, Sacha, Paula, and Rochelle. She hasn’t talked much about her formative years, and all that is known is that she grew up in her hometown of Denmark, which is a rather small coastal town. She hasn’t revealed her educational background, but it’s believed that she didn’t pursue further education, following her high school matriculation.

Emma became an actress at a rather young age. She was just 13 years old when she was selected for the part of Dana Drysdale in the TV family drama series “The Adventures of the Bush Patrol”.

She featured in only seven episodes of the popular series, but it was enough for her to be noticed by a modeling scout, and at fourteen she was a finalist of Girlfriend magazine’s cover girl competition. She launched a modeling career, and worked as a model over the next few years in Japan, Italy, France and the USA, while she also won the title of Western Australia’s Model of the Year, and Face of Fashion Week for Sydney and Melbourne.

Emma returned to acting in 2003, with the role of Roberta Ainslie in “The Shark Net”, about Australia’s most notorious serial killer, Robert Drewe.

Three years later, she was Annie in the television movie “Small Claims: The Reunion”, and played Pamela Logan in the TV movie documentary “Who Killed Dr. Bogle and Mrs Chandler”.

In 2007, Emma was chosen for the part of Jill in the award-winning comedy-drama film “Introducing the Dwights”, also known as “Clubland”, co-starring Brenda Blethyn and Khan Chittenden. This role made her rather famous, after which she was finding work left and right.

She starred alongside Clive Owen and Laura Fraser in the drama film “The Boys Are Back” in 2009, and the same year, starred with Henry Cavill and Dominic Purcell in Joel Schumacher’s fantasy action-horror film “Blood Creek”. She was Stevie in the romantic drama film “Pelican Blood”, co-starring with Harry Treadaway and Ali Craig, and portrayed Kim Hollingsworth in 13 episodes of the award-winning action crime-drama series “Underbelly”, both in 2010.

In 2011, she was Jina in the thriller crime-drama film “Swerve”, and played Rose Pickles in the TV mini-series “Cloudstreet”.

The following year, Emma portrayed Isabel Irish in the television movie “Jack Irish: Bad Debts”, and in 2014 reprised the role of Isabel in the sequel “Jack Irish: Dead Point”. Two years later, Emma featured in the fantasy action-adventure film “Gods of Egypt”, starring Brenton Thwaites, Nicolaj Coster-Waldau, and Gerard Butler, and starred in the award-winning horror crime-drama film “Hounds of Love”. Moreover, from 2015 to 2019 she was Kate Willis in all 18 episodes of the award-winning sci-fi horror drama series “Glitch”, while in 2017 she joined the cast of “Once Upon a Time” in the double role of Mother Gothel/Eloise Gardener, remaining on the set for 12 episodes.

Emma next appeared in the drama film “H is for Happiness” (2019), while in recent years she portrayed Molly McGee in the TV series “The Gloaming” (2020), and played Isabel Irish in the TV series “Jack Irish” (2021).

When it comes to her personal life, Emma has been rather secretive about it, and doesn’t like revealing that many details. However, in 2013 she married musician Dominick Joseph Luna in Las Vegas, Nevada USA. Emma and Dominick don’t have children.

R U OK? I think for everyone experiencing lockdowns in Australia, today this question is more important than ever!…

As of late 2021, Emma Booth’s net worth has been estimated at over $2 million, earned through her successful career as an actress, during which she’s made over 30 film and TV appearances all of which have added to her wealth.

Emma loves to travel and often switches places between the US and Australia. She is often seen at canyons, forests, and beaches as well, enjoying her free time.

She is an avid animal lover and has a pet dog, Gaia.

Emma has used her popularity and influence to address a number of social issues, including racism, and has supported numerous charitable organizations that support various causes.

To maintain her form and health, Emma has been a frequent gym visitor, while she also practices yoga and does Pilates almost every morning. Some of her favorite exercises include push-ups, pull-ups, squats, and crunches. Emma follows a strict diet rich in vegetables and fruit, and less fat and carbs.