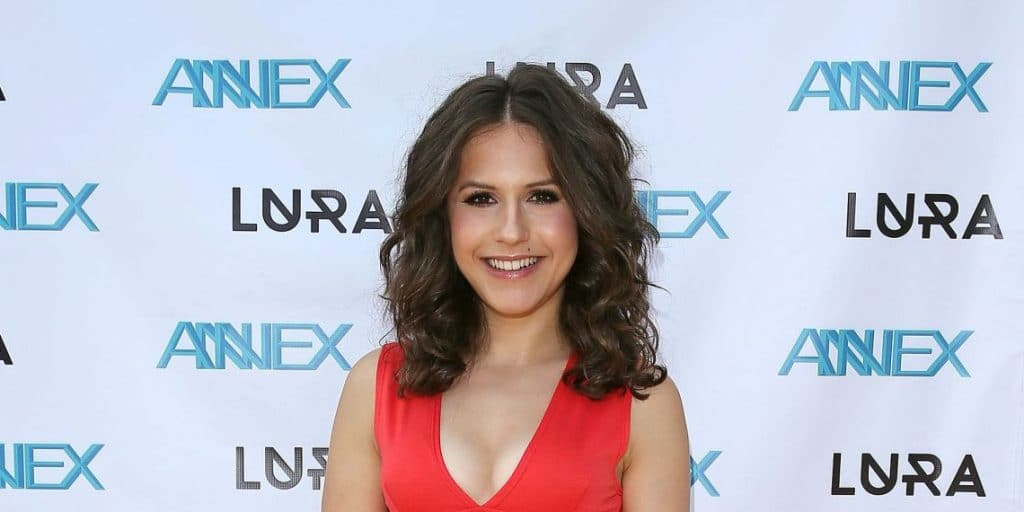 Erin Sanders’ Net Worth, Boyfriend. What is she doing today?

Who is Erin Sanders?

Erin Sanders was born in Santa Monica, California USA, on 19 January 1991 – her zodiac sign is Capricorn, and she holds American nationality. She’s an actress, with close to 40 credits to her name, perhaps known best for her portrayal of one of the main characters, Tonya, in the 2020 horror thriller movie “The Call”. It was directed by Timothy Woodward Jr., also starred Lin Shaye and Tobin Bell, and follows a group of friends who have found themselves on the doorsteps of a strange couple, and who now have to survive a night with them.

Erin was raised in Santa Monica by her mother Kathy Silbert-Sanders, and her father Marc Sanders; not a lot is known about her parents, as Erin respects their privacy.

Because she hasn’t spoken of having any siblings, she’s believed to be an only child.

She became interested in acting at a very early age, mostly because she spent nearly every evening watching movies and TV series with her parents. Erin’s mother began taking her to auditions when Erin was nine years old, and she was 10 when she launched her acting career with her portrayal of Young Veronica in the 2001 short romantic movie “Art of Love”. The following year saw Erin appear in several movies and TV series, such as the drama series “Apple Valley Knights”, the historical family series “American Dreams”, and the short drama film “Never Never”.

Erin then continued acting throughout her entire education.

She attended a local high school, at which she was interested in numerous activities, playing several sports, including volleyball and soccer, was into creative writing, and also practiced dancing. Upon matriculating in 2009, she didn’t enroll at college, but rather focused on her acting career.

In 2003, Erin portrayed Janice Witherspoon, in the episode “The Wrong Man” of the drama “Judging Amy”, and the following years saw her make a guest appearance in an episode or two of various series, such as the mystery fantasy drama “Carnivàle”, the drama “Strong Medicine”, and the comedy drama “8 Simple Rules”.

She gained recognition in 2005, when cast to play Quinn Pensky, one of the lead characters in the family comedy drama “Zoey 101”, created by Dan Schneider, and which also starred Jamie Lynn Spears, Paul Butcher and Christopher Massey.

It follows the siblings Zoey and Dustin Brooks who have just enrolled at the private boarding school Pacific Coats Academy, the series aired from 2005 to 2008, and won nine of the 29 awards for which it was nominated, including a Primetime Emmy nomination. The year 2008 then saw Erin play Eden Baldwin in 32 episodes of one of the longest-running series of all time, “The Young and the Restless”, which has been airing since 1973, and numbers over 12,200 episodes. By the end of the 2000s, Erin had appeared in an episode of a couple more series, including the hit crime comedy drama “Weeds”, the award-winning drama “Mad Men”, and the popular crime comedy drama “Castle”.

Between 2009 and 2013, she played Camille Roberts, in the musical family comedy “Big Time Rush”, created by Scott Fellows, and which starred Kendall Schmidt, Carlos Pena Vega and James Maslow. It follows four friends who are professional ice hockey players, and now want to form a boy band; the series won four of the 18 awards for which it was nominated.

In 2004, Erin was Little Girl in Diner in the short mystery thriller “Slightly Thicker Than Water”, while a couple of her following roles were in the 2012 drama “Model Minority”, the 2013 short drama “First”, and the 2014 short comedy “Awkward Party”.

She gained recognition in 2014, when cast to play Traci Scott in the mystery thriller drama “Guilty”, directed by Anthony Lefresne, and which starred Douglas Howell, David DeCrane and Christine Conradt. It follows a teenager who has lied about her friend’s claim of sexual assault, and her lies have led to their teacher’s suicide.

Erin then starred in a couple of short films, including the 2014 fantasy drama “Finding Alice” (voice role) and the 2015 science fiction “The Greys”; in 2017 she portrayed Michelle Gleason in the drama “Limelight”.

Two of her most recent roles in films have been in the 2019 music video “Bad Wolves: Killing Me Slowly”, and the 2020 music video “Jamie Lynn Spears & Chantel Jeffries: Follow Me”; she’s currently shooting for the upcoming short comedy “Four Hour Layover in Juarez”, and the drama “Along the Way”.

Erin has been featured in a couple of documentary series, including “Working in the Theatre” and “The Joey & Elise Show”.

Erin has made a guest appearance in a number of talk-shows, such as “The Ellen DeGeneres Show”, “In the Cutz” and “The Night Time Show”.

Between 2008 and 2010, Erin was in a relationship with Matthew Underwood, an American actor, film writer and director, whom she met on the set of the series “Zoey 101”; Matthew has close to 20 acting credits, and he’s perhaps still known best for his voicing of Hide and Timid Kid in the 2007 animated action adventure series “Avatar: The Last Airbender”.

Erin and Matthew could often be seen spending time together, before their split in the summer of 2010.

Erin’s today in a relationship with Adam Johan, an American singer, DJ and music producer. The two have uploaded numerous pictures featuring themselves together onto their Instagram accounts, and there are also rumors circulating the internet claiming that they have become engaged, but these haven’t been confirmed.

As of September 2021, Erin’s dating Adam Johan, hasn’t married, and doesn’t have children.

Erin’s highly active on Instagram, and seems to be enjoying the attention which she’s receiving from her close to 500,000 followers. She’s uploaded over 1,200 pictures onto her account, the majority of which have been taken during her everyday life.

She’s physically highly active, and has multiple training sessions at the gym every week; Erin also does yoga on a daily basis, and occasionally meditates.

She’s into travelling, and has been to various US states for both work and pleasure, while she’s also been to a couple of South American and European countries; her dream travel destination is Berlin in Germany.

Late at night, she enjoys watching movies starring her favorite actor and actress, Matt Damon and Kate Winslet, such as “Good Will Hunting”, “Saving Private Ryan” and “The Eternal Sunshine of the Spotless Mind”.