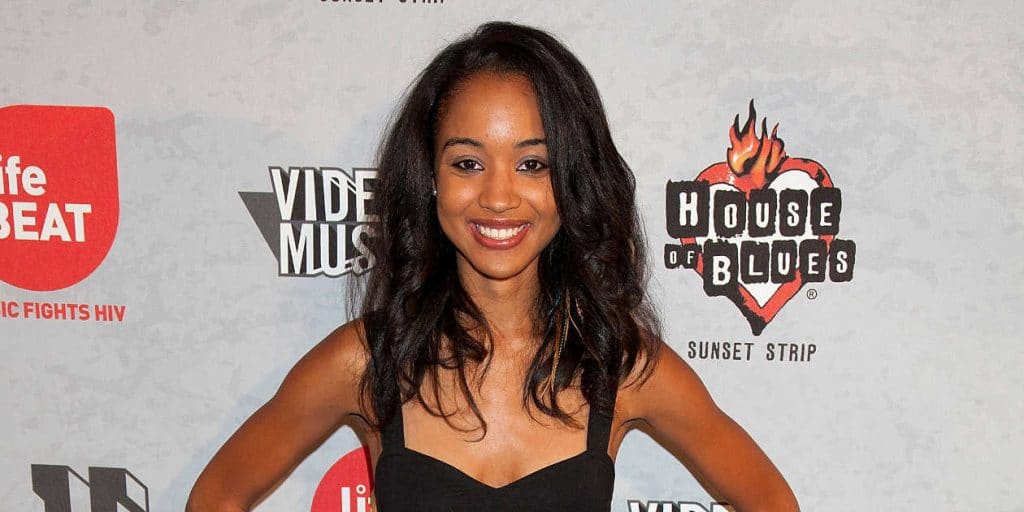 Who is Erinn Westbrook?

Erinn Veronica Westbrook was born on Long Island, New York USA, on 12 January 1988 – her zodiac sign is Capricorn, and she holds American nationality. She’s an actress, model and a dancer, who’s appeared in more than 30 movies and TV series, while she’s perhaps known best for her portrayal of Tabitha Tate in the hit mystery crime series “Riverdale”. Created by Robert Aguirre-Sacasa, it stars Lili Reinhart, Camila Mendes and Cole Sprouse, and follows Archie and his friends who are attending a local high school, and have discovered the darkest secrets about their town Riverdale; the series has been airing since 2017 (Erinn joined the cast in 2021) and has won 35 of the 90 awards for which it has been nominated.

Erinn was raised alongside her two siblings Brent C. and Lauren on Long Island, by their parents about whom not a lot is known, as Erinn respects their privacy; it is known that they both hold degrees from Harvard University.

Erinn was six years old when she moved to Town and Country in Missouri with her family. She became interested in acting while attending John Burroughs School, and was into various other activities: Erinn was the captain of the school’s cheerleading squad, and also played volleyball.

Upon matriculating in 2006, Erinn enrolled at Harvard University, from which she graduated with a Bachelor of Arts degree in English, American literature and language; during her time at the university, she wrote many articles for its magazine “Harvard Crimson”.

Erinn made her debut TV series appearance with her portrayal of Angela in the 2011 episode “Wait, Don’t Tell Me – You’re Dead!” of the documentary horror comedy “1000 Ways to Die”, and the following years saw her make a guest appearance in a couple of series, including the romantic family drama “Switched at Birth” and the family comedy drama “Dog with a Blog”.

She gained recognition in 2012 and 2013, when she starred as Danielle in the comedy “Mr. Box Office”, created by Byron Allen, and which also starred Bill Bellamy and Jon Lovitz; it follows the actor Marcus Jackson who has to do community service because he has physically attacked a paparazzo. Erinn could’ve then been seen playing supporting characters in a couple of series, such as the mystery thriller drama “Twisted”, the family comedy drama “See Dad Run” and the musical comedy drama “Glee”.

In 2014 and 2015, she portrayed Gabby Richards in 17 episodes of the critically acclaimed romantic comedy drama “Awkward.”, created by Lauren Iungerich, and which starred Ashley Rickards, Beau Mirchoff and Jillian Rose Reed. The series follows a 15-year-old girl who has suddenly become popular because her peers start to believe that she’s attempted suicide; it won two of the 10 awards for which it was nominated.

Erinn then made a guest appearance in the 2015 episode “Day in Court” of the action crime drama “NCIS”, and the following year she appeared in two episodes of the comedy “Jane the Virgin”.

In 2018 and 2019, Erinn played Magnolia Barnard, one of the main characters in the thriller comedy drama “Insatiable”, created by Lauren Gussis, and which starred Dallas Roberts, Debby Ryan and Christopher Gorham. It follows a beauty pageant coach who has taken a bullied teenager under her wing.

Erinn has only appeared in six movies – she made her debut film appearance with her portrayal of Sofia Cross in the 2012 short family drama “The Debut”, and the following year saw her play Reality Girl #3 in the popular comedy “In a World…” It was written and directed by Lake Bell, who also starred in it alongside Fred Melamed and Michaela Watkins; the movie follows a voice coach who’s competing against her father in the film industry, and it won three of the 20 awards for which it was nominated.

She was cast as the lead character Marie Taylor in the 2021 sports drama “7th & Union”, while her most recent film role has been her portrayal of Kendall Turner in the 2021 romantic drama “Advice to Love By”. It was directed by Heather Hawthorn Doyle, also starred Brooks Darnell and Samantha Cole, and follows a helpless romantic and a woman who doesn’t believe in love, who have now fallen for each other.

Erinn worked as a choreographer on two episodes of the series “Mr. Box Office” in 2013.

She sang two songs in two episodes of the series “Glee” in 2013, and the song “Walking in Space” in the 2021 episode “Chapter Eighty-Seven: Strange Bedfellows” of the series “Riverdale”.

Erinn has made a guest appearance in a couple of talk-shows, such as “Made in Hollywood”, “Teens Wanna Know” and “Celebrity Page”.

Erinn is highly secretive when it comes to her love life, but has still allowed her fans to have a glimpse into it. On 17 August 2019, she became engaged to her long-term boyfriend Andrew; the two met at their mutual friend’s birthday party in 2014, and began dating in January 2015. Erinn is keeping the details of her boyfriend away from the media’s attention, and hasn’t even shared his last name or profession, but it’s said that he’s a businessman, which hasn’t been confirmed.

There are rumors circulating the internet claiming that Erinn and Andrew married in the summer of 2021, but no evidence has been provided to support these claims, nor have Erinn and Andrew commented on this.

As of December 2021, Erinn’s engaged to Andrew, hasn’t married and doesn’t have children.

Erinn is quite active on Instagram, and seems to be enjoying the attention which she’s receiving from her close to 400,000 followers; she has uploaded over 100 pictures onto the network, the majority of which have been taken during her modelling photoshoots.

She’s a fashionista, as she goes shopping for clothes multiple times every week.

Erinn is physically highly active, as she practices dance several times a week, while she also often works out at the gym.

She’s into travelling, and her career has taken her to a couple of US states, as well as to several European countries, including France and Spain; Erinn’s dream travel destination is Pisa in Italy.

She has her own favorite actors and actresses, some of whom are Channing Tatum, Natalie Portman and Emma Watson, while a couple of her favorite movies are “Dear John”, “V for Vendetta” and the franchise “Harry Potter”.