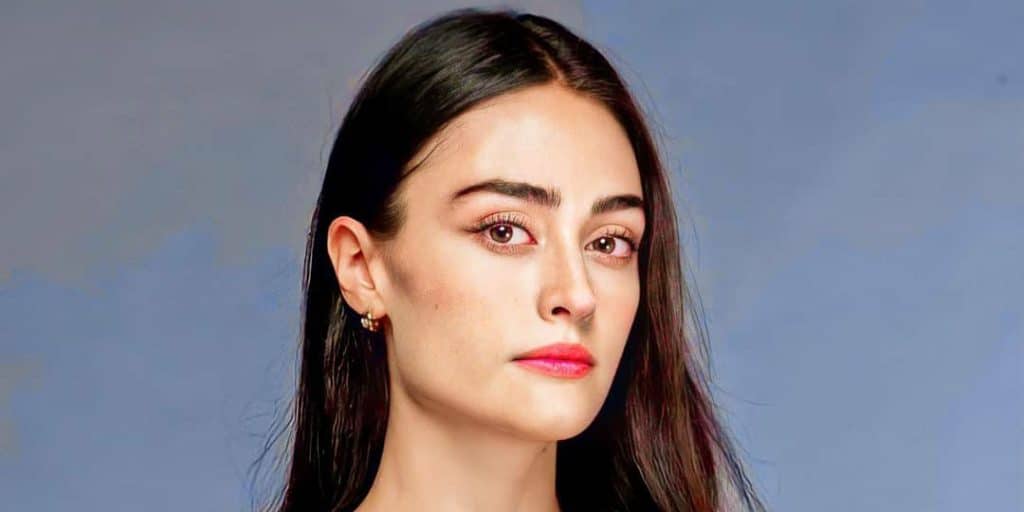 Who is Esra Bilgiç?

Esra Bilgiç was born in Ankara, Turkey, on 14 October 1992 – her zodiac sign is Libra, and she holds Turkish nationality. She’s an actress and a model, with just six acting credits to her name, perhaps known best for the launch of her acting career, her portrayal of one of the lead characters, Halime Hatun, in the popular action adventure series “Dirilis: Ertugrul”. It was created by Mehmet Bozdag, also starred Erin ALtan Duzyatan, Hulya Darcan and Cengiz Coskun, and follows the life of Osman I’s father Ertugrul Ghazi; Osman I was the founder of the Ottoman Empire. The series aired from 2014 to 2019, and won nine of the 42 awards for which it was nominated.

Esra was raised in Ankara by her parents, about whom nothing is known as she respects their privacy; it’s said that her father is the owner of a restaurant, and that her mother’s a dentist. She hasn’t mentioned having any siblings, but some sources claim that she has a brother.

She became interested in acting at a very early age, spending nearly every night watching TV series with her mother. Esra attended a local high school at which she was a member of the  drama club, and appeared in various plays performed at the school, as well as at a community theatre; she was also into various other activities, and was apparently also amongst the best students at school.

Upon matriculating in 2010, Esra enrolled at Bilkent University, then moved to Hacettepe University, from which she graduated with a Bachelor’s degree in 2014.

In 2018, Esra was cast to play Derya Akar, the lead character in the drama “Bir Umut Yeter”, which also starred Tolgahan Sayisman and Hazal Subasi, and follows the lives of two families which are altered when a mother sends her baby floating in the sea; the series aired only six episodes before being cancelled because of low ratings.

In 2020 and 2021, Esra portrayed Sibel, in the popular action drama “Ramo”, starring alongside Murat Yildirim and Sacide Tasaner. The series follows two families who have been in conflict for many years, but two rival members have fallen in love; it was nominated for four awards.

Esra’s only other role has been her portrayal of the main character Gulfem, in the 2021 drama “Kanunsuz Topraklar”, which also starred Ugur Gunes and Kaan Tasaner; it follows a wealthy woman who has fallen for a poor man.

In 2020, Esra portrayed Princess in the short historical action “QMobile: Your View Matters”, which was directed by Umut Aral.

She’s currently shooting for the upcoming action drama “Adanis: Kutsal Kavga”, set to be released in 2022. It was written by Baki Ilhan, directed by Emir Khalilzadeh, and will star Esra, Ismail Filiz and Baki Ilhan in the story which follows a group of people who call themselves The Devotees, and are fighting dark forces to protect an important secret.

Esra has won five of the eight awards for which she has been nominated, all for her performance in the series “Dirilis: Ertugrul”.

Esra is an Instagram star, and her account is today followed by more than six million people, while she has uploaded over 400 pictures onto the network; the majority of these taken during her modelling photoshoots.

She launched her Twitter account in October 2014, and has since tweeted nearly 1,000 times, while she’s followed by nearly 300,000 people today; Esra mostly writes about her everyday activities.

Esra has recently become active on TikTok, and her account’s followed by more than 20,000 people, while she’s amassed nearly 100,000 likes of all her videos combined.

On 21 October 2017, Esra exchanged vows with Gokhan Tore, a professional Turkish soccer player, known for the time he has spent playing for the Turkish soccer club Besiktas Jimnastik Kulubu.

The two were introduced by a mutual friend in 2014, and it took them only around a week to start dating; Esra and Gokhan divorced on 17 June 2019 for unknown reasons, while there are rumors circulating the internet claiming that it was because Gokhan was cheating on her.

They don’t have children together, but some people on the internet have claimed that Esra has a daughter named Mercan Ece Yilmaz; no evidence has been provided to support these claims, nor has Esra commented on these rumors.

She hasn’t spoken of any other men whom she has perhaps been with, so as of November 2021, Esra appears to be single, was married, and doesn’t have children (rumored to have a daughter).

Esra is a fashionista, and is trying to keep up with all of the latest fashion trends, so is a shopaholic, as she goes shopping for clothes multiple times every week. Many pictures featuring her wearing her new clothes can be seen uploaded onto her Instagram account.

She’s into travelling, and her acting career has taken her all around Turkey, while the popular actress has also been to many other European countries, as well as to several Asian countries and the USA; her dream travel destination is Los Angeles in California.

Esra has several training sessions at the gym every week, and is following a strict diet, mostly because it’s important for her acting career to stay fit.

She likes to watch Hollywood movies late at night, and her favorite actor and actress are Al Pacino and Julia Roberts, while a couple of her favorite films are “Scent of a Woman”, “Runaway Bride” and “Notting Hill”.