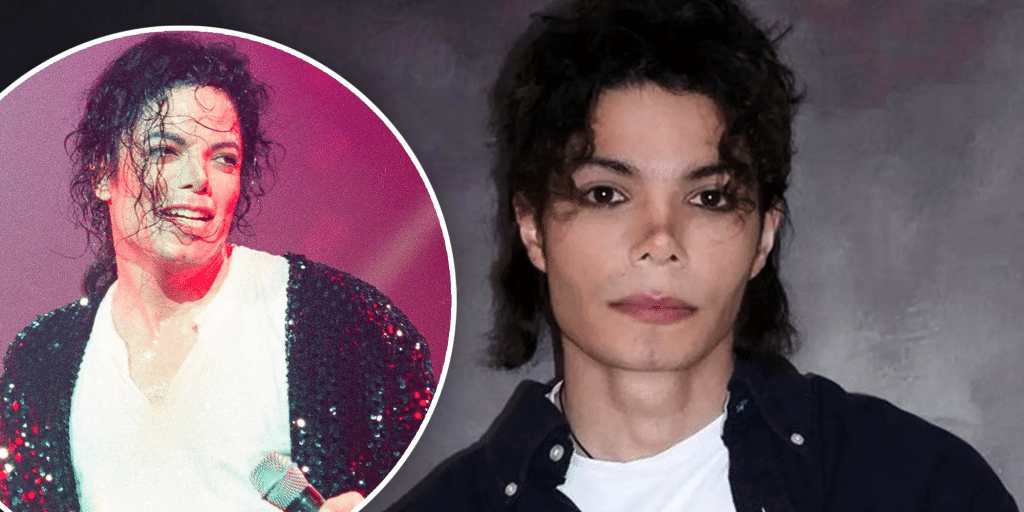 Who is Fabio Jackson?

Fabio was born under the zodiac sign of Gemini on 13 June 1993, in Great Yarmouth, England; he holds British nationality, and his ethnicity is of mixed English and Latino descent. He’s a social media star, perhaps known best as the doppelganger of the late Michael Jackson, ‘King of Pop’, who died on 25 June 2009. Michael Jackson was a singer-songwriter and dancer, one of the most awarded music artists in history, and so one of the most significant cultural figures of the 20th century.

Fabio is actually a big fan of Michael Jackson, an admirer of his character and deeds, who rose to prominence after uploading photos on Instagram and posting his videos on TikTok, in which his resemblance to Michael was more than obvious.

When he realized that people were supporting him, and an army of fans was rising, he continued uploading his photos and videos, each of them a tribute to the ‘King’. His haircut, which many people think is a wig, is the same as Michael’s, he wears clothing combinations which were Michael’s trademark – for example black pants, white shirt, and hat – and which is most inexplicable is that his face is very reminiscent of Michael’s.

There isn’t much information about Fabio’s childhood – it’s known that he still lives with his parents, but whose names and occupations he hasn’t revealed. He hasn’t spoken about any siblings, so it’s assumed that he was raised as an only child.

He attended a local high school, matriculated in 2011, but didn’t enroll at college.

Fabio is active on social media platforms such as TikTok and Instagram, on which he posts and uploads photos and videos daily, answers questions, dances, talks about his look, and how people react to his appearance.

His TikTok account today is followed by nearly eight million people, and all of his videos combined have gained over 85 million likes, while his most viewed video has amassed over 20 million views, and over 4.5 million likes.

Fabio established a new Instagram account since his previous one was blocked, as he said, for unknown reasons, so his fans can find him under the ‘fabioj777’ account, which has already gained nearly 55,000 followers.

Some Facebook pages are run by his fans, and if you want to interact with Fabio through ask.fm, he has an account on this platform under the name ‘FabioJackson894’.

On YouTube you can find the channel “@Officialfabiojackson”, which launched on 12 August 2021 – it’s subscribed to by over 20,000 people, and all of his videos combined have gained over 1.5 million views, however, Fabio hasn’t confirmed that this is his own channel.

Speaking about Fabio’s love life, there are various rumors both concerning his relationships and his sexual orientation, as Fabio hasn’t spoken about any woman or man whom he has been with.

From his videos, it’s hard to tell if he’s straight or gay, or something else, but it’s clear that he likes to play the role of a mysterious guy who prefers to keep his private life away from the public eye.

As of late 2021, Fabio seems to be single, hasn’t been married or engaged, and doesn’t have children.

Fabio has been asked how it’s possible to gain such similarity to Michael’s face without plastic surgery, and hasn’t been believed when he’s said that he hasn’t had any.

He posted some photos of himself when he was younger, to prove to them that his face is the same, and that he achieves such a look with only a little help of make-up. According to him, he does contours on his nose, and uses eye-liner to achieve resemblance with Michael’s eyes.

Fabio’s groomed skin and hair contribute to making him look like he’s had surgery or is wearing a wig, however, Fabio claims that all that is natural; he inherited his curly hair from his parents, and he takes care of his skin using just cold water and soap.

People often approach him on the street, trying to touch his hair or his face to feel if it is real, which as he says is quite disturbing, but he’s got used to it. Fabio is aware that there are people who dislike him, but as he said, he’s here for the people who like him and his appearance.

Fabio is a good singer, which he shows in his TikTok videos.

He’s an animal lover, with cats being his favorites – he has a pet cat named Laila.

He’s into traveling, and has visited a couple of US states, with his favorite travel destination being Los Angeles, California, while he’s dreaming of visiting Neverland Ranch, the home and private amusement park of Michael Jackson, in Santa Barbara County, California.

One of his wishes is to meet Paris Jackson, Michael’s daughter.

In his spare time, Fabio likes to read books; his favorite book is “Eulalie” written by Julie Ellis, but he is also a fan of the “Harry Potter” franchise.

He is a fan of anime and animated movies – his favorites are “My Neighbour Totoro” and “Peter Pan”, and Fabio likes to present himself as ‘one of the lost boys’.

He takes care of his body, calling himself ‘a fitness freak’, and works out at the gym three to four times per week, to be in shape to dance and do all ‘Michael’s moves’, such as the famous moonwalk.

As of December 2021, his net worth has been estimated at $500,000, with most of his earnings coming from his partnerships with brands such as Apple, Pepsi, Monster, and GAP.