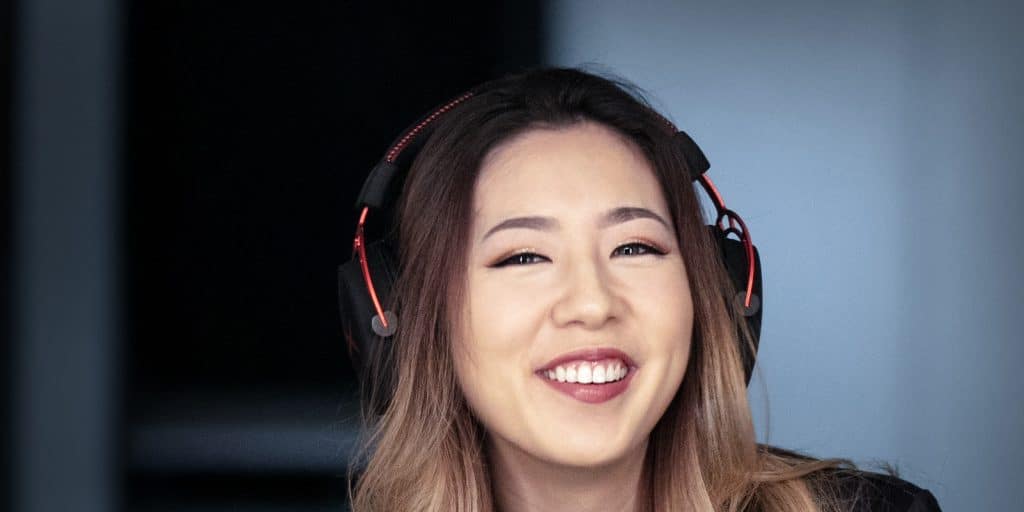 Leslie Ann ‘Fuslie’ Fu was born in the San Francisco Bay Area, California USA, on 23 November 1992 – her zodiac sign is Sagittarius, holds American nationality, and is of Chinese descent. She’s a YouTuber, Twitch streamer and a social media star, who’s perhaps known best for her YouTube channel “Fuslie”, which she launched on 8 August 2015; it’s today subscribed to by over 500,000 people, and numbers over 50 million views of all her videos combined. Most of her videos feature her playing the video game “League of Legends”, while she’s also played numerous others, including “Counter Strike: Global Offensive”, “Fortnite: Battle Royale” and “The Last of Us”.

Fuslie was raised in San Francisco Bay Area by her Chinese parents, about whom nothing’s known as she respects their privacy; she hasn’t mentioned having any siblings, and is thus believed to be an only child.

She grew up being interested in playing video games, and during her time at a local elementary school spent most of her time with boys, as they were into video games as well. Fuslie began studying at Homestead High School after she moved to Cupertino, California with her family in 2006, and was interested in numerous activities during her four years there, including singing, acting with the school’s drama club, and dancing.

Fuslie is mostly popular on the internet for her sense of humor, and for being good at entertaining her fans; she’s also known for her gaming and video editing skills. We’re going to mention three of her most popular videos, which have helped her gain many subscribers.

Her #1 video “Playing AMONG US with KPOP STAR DAY6 JAE! ft. DisguisedToast, Pokimane, Sykkuno and Friends” has been viewed over a million times since 22 August 2020, and features her playing the popular video game “Among Us” with several other famous YouTubers.

Her second most watched video “WHY IS BANANAMAN SO SAVAGE D: (ft. bananaman)” has been watched close to a million times since 9 October 2017, and shows Fuslie during that one time when she encountered Bananaman on the internet.

Her third most popular video “Bubblegum K.K. (fuslie cover)” has been watched over 800,000 times since 30 April 2020, and features her playing the guitar and singing the song “Bubblegum KK” from the popular video game “Animal Crossing”.

Fuslie launched her Twitch channel on 21 February 2015, and has since amassed over a million followers, making her the owner of the #338 most followed Twitch channel (#164 English channel). She has spent close to 6,000 hours (250 days) streaming, and has around 6,000 viewers per stream, while she’s gathered over 45 million views of all these streams combined; Fuslie’s highest recorded number of concurrent viewers was 45,247 on 18 July 2020.

She has spent close to 3,000 hours just chatting with her fans, while some of the games which she’s played while streaming include “Valorant”, “Minecraft” and “Among Us”.

Fuslie is popular on Instagram too, and is today followed by more than 500,000 people, while she’s uploaded over 500 pictures onto the network; the majority of these have been taken during her everyday life, and thus reveal a lot about her. Fuslie has revealed that she’s a huge fan of anime, with some of her favorites being “Jojo’s Bizarre Adventure”, “Fullmetal Alchemist” and “Naruto Shippuden”.

She launched her Twitter account in February 2015, and has since attracted close to 700,000 followers, while she has tweeted more than 13,000 times, mostly to announce her new YouTube videos and upcoming Twitch streams.

Fuslie is also a TikTok star, as she’s today followed by more than 200,000 people on the network, and has amassed close to two million likes of all her videos combined; most of these feature her telling jokes, lip syncing to popular songs, and dancing.

Fuslie prefers to keep the details of her love life to herself, but it’s still widely known that she’s today in a relationship with Edison Park. He’s four years her senior, and is an American Twitch streamer, social media star, engineer and a product manager. He’s not nearly as popular as Fuslie on Twitch, as his channel is today followed by over 100,000 people, while he spends the majority of his streaming time just chatting with his fans, and playing the video games “Minecraft”, “Auto Chess” and “Slay the Spire”.

Edison and Fuslie met in 2016 – it’s widely believed that they first started talking on the internet, before meeting in real life several months later. The two became engaged in April 2019, but apparently still haven’t married, because of the outbreak of coronavirus.

Fuslie hasn’t mentioned any other men whom she has perhaps been with, and as of November 2021, she’s engaged to Edison Park, hasn’t married and doesn’t have children.

Fuslie is a huge fan of cosplay, and many of her costumes can be seen featured in her Instagram pictures.

She’s into travelling, and has been to a couple of US states, as well as to multiple European countries, including Italy and Belgium; her dream travel destination is Kyoto in Japan.

Fuslie is physically quite active, and has several training sessions at the gym each week, thus her slim figure. She’s also into playing sports, with her favorites being tennis and volleyball.

She likes to watch Hollywood movies in her spare time, and her favorite actor and actress are Tom Hanks and Natalie Portman, while a couple of her favorite films include “Sleepless in Seattle”, “Cast Away” and “The Terminal”. Her favorite TV series is “Squid Game”.

She’s a cat-lover, and her pet cat Socko can be seen featured in some of her Instagram pictures.