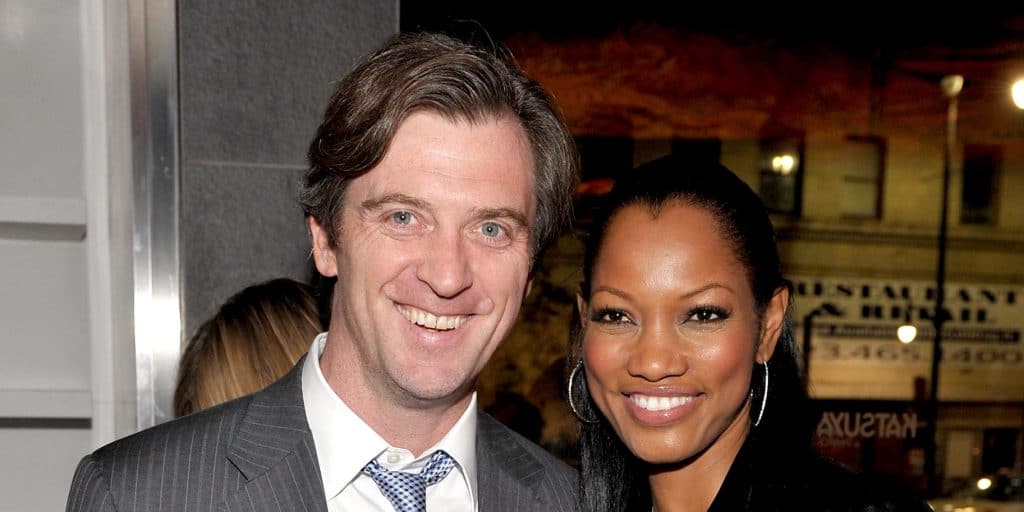 Who is Mike Nilon?

Michael Connor ‘Mike’ Nilon was born on 1 May 1967 under the zodiac sign of Taurus, in Philadelphia, Pennsylvania USA. He’s a 54-year-old producer, writer, and talent agent, known for his work on such film titles as “Vengeance: A Love Story”, “Braven”, and “Willy’s Wonderland”. He’s also recognized as the ex-husband of famous actress Garcelle Beauvais.

How rich is he, as of now? Christopher Daniel Barnes Net Worth

As of early 2022, Mike Nilon’s net worth is estimated at over $8 million; earned through his successful involvement in the entertainment industry producing numerous film titles, and working as a talent agent.

Mike Nilon spent his early years in his hometown of Philadelphia, where he was raised by his parents; however, their names and professions aren’t disclosed, and it’s also unknown whether he has any siblings or is an only child. He is a distant relative of famous actor Bill Murray, since their grandmothers are sisters. He holds American nationality, belongs to White Caucasian ethnic group, and is a Christian. Little is known about his education, except that he went to Swarthmore College in Swarthmore, Pennsylvania.

Career as a Producer

Mike Nilon made a name for himself as a producer, launching his career in 2014 when he worked on two major projects – the action crime thriller film “Rage”, and the apocalyptic thriller film “Left Behind” – both of which featured Nicolas Cage in the lead roles.

He then served as a co-executive producer of the 2015 thriller supernatural horror film “Pay The Ghost”, directed by Uli Edel. In 2016, he was hired to produce the black comedy film “The Trust”, and the war disaster film “USS Indianapolis: Men Of Courage”, which was followed by Johnny Martin’s 2017 action thriller film “Vengeance: A Love Story”, for which he also served as an executive producer. The next year, he wrote and produced the action thriller film “Braven”, starring Jason Momoa, Garret Dillahunt and Stephen Lang, then on the 2019 crime thriller film “Running With The Devil”, and the 2021 action comedy horror film “Willy’s Wonderland”. He is currently producing the upcoming action crime comedy film “The Unbearable Weight Of Massive Talent”, which is set to be released in late 2022.

Career as a Talent Agent

Apart from being a successful film producer, Mike Nilon is known as a talent agent. He worked for Creative Artists Agency (CAA) for 15 years until 2011, when he left to join LINK Entertainment, where he was also a partner for the next five years until 2018, when he co-founded the agency Stride Management, along with Matt Shelton. Their clients include Nicolas Cage, Billy Baldwin, Shannon Purser, Mike O’Malley, among many others.

Mike Nilon has short light brown hair and blue eyes. He stands at a height of 5ft 9ins (1.75m), while his weight is around 145lbs (66kgs). Information about his vital statistics, biceps size, and shoe size isn’t available.

Mike Nilon and Garcelle Beauvais tied the knot at a ceremony held on 12 May 2001.

They wanted to start a family, but she was diagnosed with fertility issues, even though she’d previously welcomed a son named Oliver Saunders, with her first husband, producer Daniel Saunders. After five years of treatment, she finally conceived and gave birth on 18 October 2007 to twin sons they named Jaid Thomas and Jax Joseph Nilon,. Unfortunately, three years later she discovered that Mike had been cheating on her with another woman for five years, and filed for divorce citing irreconcilable differences, finalized in April 2011, but continued co-parenting their sons. Since their divorce, Mike hasn’t shared any information about his personal life publicly. On the other hand, Garcelle briefly dated screenwriter Michael Elliot from 2019 to 2020.

Who is his ex-wife? Garcelle Beauvais Short Wiki/Bio

Garcelle Beauvais was born on 26 November 1966 under the zodiac sign of Sagittarius, in Saint-Marc, Haiti. She was raised alongside her six siblings by her father, Alex Jean Pierre who worked as a lawyer, and mother Marie-Claire Beauvais, who was a nurse. Following her parents’ divorce, she relocated with her mother and siblings to the United States, settling in Peabody, Massachusetts, where she attended elementary school, but later apparently matriculated from North Miami Beach High School.

Garcelle Beauvais moved to Miami at the age of 16 to pursue her professional career as a model. After working there for a year, she went to New York City to sign a contract with the Ford Modeling Agency.

She later worked for Irene Marie Models, and modeled for such companies as Avon, Calvin Klein, Mary Kay, Clairol, Nordstrom, and Burdines, to name a few. She also covered various luxury lifestyle and fashion magazines, including Playboy, Hype Hair, Harper’s Bazaar, VIVmag, Sheen Magazine, and many others.

Rise to Fame as an Actress

Garcelle’s modeling career brought her a chance to become an actress. She made her debut TV appearance with a minor role in the NBC crime drama series “Miami Vice” in 1984, while her feature film debut came two years later when she had a small part in Michael Mann’s thriller film “Manhunter”. In 1988, she was cast as Rose Bearer in the romantic comedy film “Coming To America”, next to Eddie Murphy, a role she would reprise in the 2021 sequel entitled “Coming 2 America”.

She landed her breakthrough role as Cynthia Nichols in the Fox prime time soap opera “Models Inc.” through 1994 and ‘95.

Her next significant role came when she joined the main cast of The WB’s sitcom “The Jamie Foxx Show”, in which she starred in the role of Francesca ‘Fancy’ Monroe in all 100 episodes from 1996 until the series was ended in 2001. Concurrently, in 2000 she also took the recurring part of Ms. Maya Bradley in the short-lived Fox comedy-drama series “Opposite Sex”.

From 2001 to 2004, Garcelle Beauvais was cast as Assistant District Attorney Valerie Heywood in the critically acclaimed ABC police procedural series “NYPD Blue”, next to Dennis Franz, James McDaniel and Jimmy Smits. It was followed by her portrayals of Nora Gage in the ABC crime drama series “Eyes” (2005-2007) and Natalie Warner in the NBC/USA Network action-adventure drama miniseries “10.5: Apocalypse” (2006).

In 2009, she landed such roles as Suzee Saunders in the Lifetime romantic comedy miniseries “Maneater”, alongside Sarah Chalke and Judy Greer, then joined the cast of the TNT comedy-drama series “Franklin & Bash”, in which she featured as Hannah Linden for the first two seasons, aired in 2011 and 2012. Afterwards, Garcelle played Deana in the Academy Award-nominated 2012 drama film “Flight”, along with Denzel Washington; the film was a huge commercial success, grossing over $161 million against a $31 million budget. It was followed by her appearances as the First Lady opposite Jamie Foxx in the action thriller film “White House Down” (2013), and Henrietta in the NBC fantasy police procedural series “Grimm” (2015).

From 2016 to 2019, Garcelle played Our Lady Underground in the Syfy fantasy series “The Magicians”, based on Lev Grossman’s novel of the same title.

Parallel with that, she played Doris Toomes in the commercially successful superhero film “Spider-Man: Homecoming” in 2017, and in 2019 she was cast as Susan Bishop in the Freeform fantasy drama series “Siren”, and starred in the role of Nancy in the Netflix sitcom “Merry Happy Whatever”.

From 2019 to 2020, she was Veronica Garland in the CBS All Access psychological thriller anthology series “Tell Me A Story”, created by Kevin Williamson based on the Spanish TV series of the same name.

In 2020, she started co-hosting the daytime talk show “The Real”, and since the same year, she has been the main cast of the Bravo reality show “The Real Housewives Of Beverly Hills”. She is now the host of the weekly late-night talk show podcast “Going To Bed With Garcelle”, in which she discusses such topics as dating, sex, and relationships.

Garcelle is also a producer, and runs her own production company called Garcelle Beauvais Productions.

She also launched a jewelry line called Petit Bijou back in 2008.

Besides that, she wrote the children’s book “I Am Mixed” and published it in 2013.