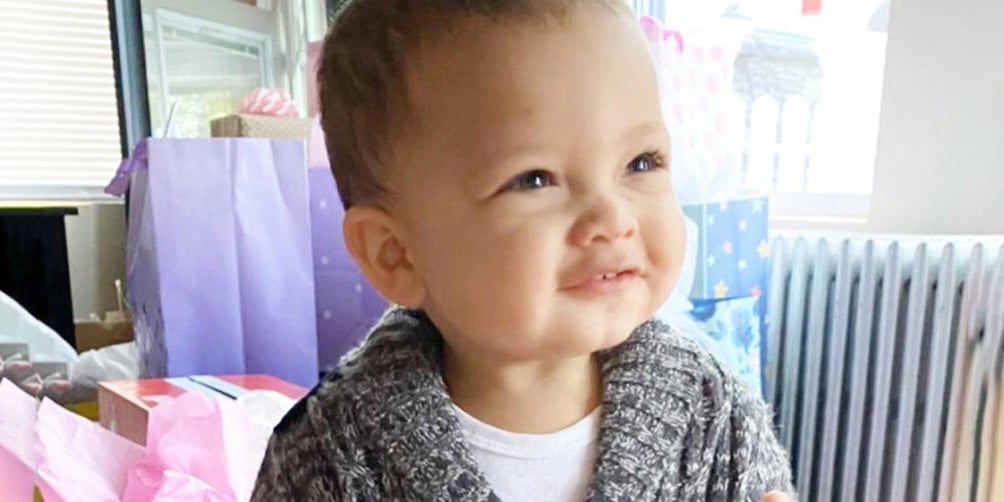 Gekyme was born under the zodiac sign of Aquarius, on 26 January 2019, in Florida USA; he holds American nationality, and his ethnicity is mixed, as he is half-Black Jamaican and half-Hispanic. At two years of age, Gekyme is only known as the son of the late rapper XXXTentacion. His father had chosen his name long before his birth, because of the meaning of the word gekyume which he had created, and according to him, it means ‘different state’ or ‘next universe of thought’.

XXXTentacion was born as Jahseh Dwayne Ricardo Onfroy, under the zodiac sign of Aquarius on 23 January 1998, in Plantation, Florida USA; he was an American rapper, songwriter and singer.

XXXTentacion’s parents, Dwayne Ricardo Onfroy and Cleopatra Eretha Dreena Bernard had two more children beside Jahseh, a daughter Ariana and a son Aiden, although they weren’t an example of a happy family; they had financial problems, and some personality problems too, so XXXTentacion spent most of his childhood with his grandmother Collette Jones in Lauderhill.

XXXTentacion was a troubled child from an early age – when he was just six years old, he tried to stab a man, so he was put into a youth program before he started living with his grandmother.

He attended Margate Middle School where his interest in music was born, and then he became a member of the school choir, however, he was soon expelled from the choir after attacking another student. After some time, he was expelled from the school completely, after several physical attacks on other schoolmates. To finish his education, his mother enrolled him into Sheridan House Family Ministries, dedicated to helping families and children in need.

During six months in this center, XXXTentacion learned to play the guitar and the piano.

He attended Piper High School, but didn’t matriculate because he dropped out in tenth grade.

In 2013, XXXTentacion was put into a juvenile detention center, because of gun possession charges, and there he met Ski Mask the Slump God, who is also a rapper and a songwriter. They started the Members Only collective, so they collaborated on two albums, “Members Only Vol.1” and “Members Only Vol.2”, both of which were released in 2015.

His musical career started on SoundCloud, when he uploaded his first song “Vice City”, and he soon became a popular figure in SoundCloud rap.

His popularity grew after the release of his song “Look at Me”, and his debut album released on 17 August 2017; the album was certified Platinum by the Recording Industry Association of America (RIAA) on 15 August 2018.

XXXTentacion released his second album on 16 March 2018, which was also certified Platinum by the RIAA, on 7 August 2018. Songs from this album – “Sadl”, “Changes”, and “Moonlight” – entered the top 20 of the Billboard Hot 100 Chart, unfortunately, he didn’t live to see his success, as he was shot dead on 18 June 2018, outside a motorbike dealership in Deerfield Beach, Florida during a robbery, when two men attacked him and the other two took his bag with $50,000 inside it.

After the investigation, the four men were arrested, and Dedrick Williams was charged with first-degree murder, and the other three for robbing and as accomplices in the murder of XXXTentacion.

XXXTentacion’s album “Skins”, was released after his death in December 2018, and debuted at No.1 on the US Billboard 200 Chart.

Who is Jenesis Sanchez?

Jenesis Sanchez was born under the zodiac sign of Pisces, on 6 March 1998 in Providence, Rhode Island, USA; she holds American nationality, and her ethnicity is Hispanic. Jenesis is only known as the mother of Gekyume.

Jenesis moved with her family to Tampa, Florida, at an early age, however, there’s no information about her education, and it’s assumed that she only attended a local high school; when she met XXXTentacion at a friend’s birthday party, she moved to Parkland to be near him, and they started living together in January 2018.

It seemed that they were in love and in a healthy relationship, although his ex-girlfriend Geneva Ayala accused him of domestic violence. However, Jenesis hasn’t spoken a bad word about XXXTentacion; to prove how much she loved him, she has a tattoo of his name on her neck, and has stated that she will tell stories to her son about how great of a man his father was.

There have been various rumors about Jenesis’s son, such as her mother-in-law, Cleopatra Bernard, saying that her son isn’t Gekyume father, so Jenesis asked for a DNA test to prove her wrong and to stop the rumors; after the test established that he is her grandson, she is now fighting in court over custody of Gekyume, however, a final decision hasn’t been made yet, according to the court records.

Jenesis is now living with her son at XXXTentacion’s luxury mansion in Parkland, alongside the latter’s mother and siblings; it seems that after XXXTentacion’s death there is no legal heir to his wealth, so there are been rumors about the reason why Cleopatra wants custody over Gekyume.

Gekyume is two years old, he has curly brown hair, and his eyes are dark brown; according to his mother’s posts on her Instagram account, he seems to be a healthy and happy toddler; there is no information about his height and weight.

XXXTentacion was 5ft 6ins (1.68m) tall, weighed about 120lbs (55kgs), had dark brown eyes, and his hair was colored half-blonde and half-black; he had 32 tattoos on his body and face, each one of them having some meaning to him. XXXTentacion was 20 years old when he died; he was entombed in a mausoleum at the Gardens of Boca Raton Memorial Park, Florida.

There is no information about Gekyme’s net worth, and Jenesis’ net worth is also unknown to the public, however, the two are living at XXXTentacion’s mansion, which is valued at over $1.4 million.

XXXTentacion’s net worth, before his death, was estimated at $5 million.