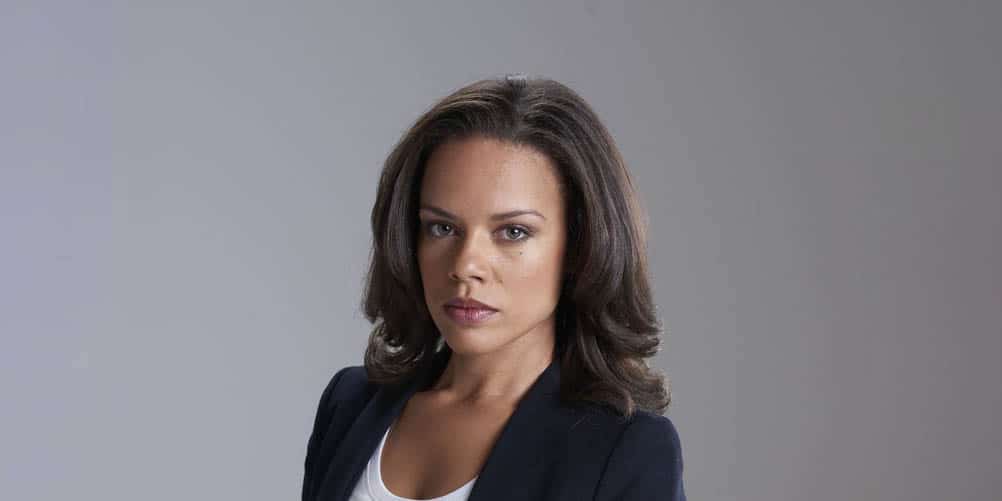 Who is Genelle Williams?

Genelle Williams is a Canadian actress, probably best known to the world as Dianne ‘DJ’ Jeffries in the TV series “The Latest Buzz” (2007-2010), and also as Leena in the TV series “Warehouse 13” (2009-2014), in addition to several other roles that she’s secured in her career.

Genelle Williams was born on 18 February 1984 under the Aquarius zodiac sign, in Toronto, Ontario, Canada. She’s of African ancestry and Canadian by nationality, though she hasn’t talked about her parents or any siblings. She attended Albert Campbell Collegiate Institute in her hometown, and it was about this time that she became interested in acting, appearing in several plays; after her high school teacher saw her performance in one of the musicals, Genelle was encouraged to pursue acting as a career.

After this, she trained with Dean Armstrong, a famous Canadian actor and coach, who has worked on a number of projects including “Queer as Folk”, and “In the Dark”, among others.

Genelle’s career started in 2003, with the role of Debutante Ruth in Disney’s “The Wonderful World of Disney”, and the same year she was selected for her first major role, as Kim Carlisle in the TV drama series “Radio Free Roscoe”, until 2005 featuring in 15 episodes, which certainly helped her career.

In 2005, she starred in the television drama movie “Doomstown”, next to K.C. Collins and Mark Taylor, while in 2006 she was Brenna in the television thriller movie “Banshee”, co-starring Taryn Manning, Romano Orzari and Michael Lombardi.

The same year, Genelle made her film debut as Tiffany in the romantic fantasy-comedy film “It’s a Boy Girl Thing”, with Samaire Armstrong, Kevin Zegers and Sherry Miller in the lead roles.

In 2007, Genelle was selected for one of her most popular roles, as DJ in the TV comedy series “The Latest Buzz”, joining Zoe Belkin, Munro Chambers, Vanessa Morgan and Demetrius Joyette as one of the main stars of the series. She appeared in 66 episodes until the end of the show in 2010, which launched her to stardom, and used the momentum to secure more roles.

Firstly, she Ashley Ellis in the crime-drama film “Saving God” in 2008, with Ving Rhames, Dean McDermott and Ricardo Chavira in the lead roles, while in 2009 she portrayed Sister Judith in the award-winning horror thriller film “Orphan” starring Vera Farmiga, Peter Sarsgaard and Isabelle Fuhrman. Later that year, Genelle was chosen for the part of Leena, the hotel receptionist who can read a person’s aura, in the Primetime Emmy Award-nominated sci-fi mystery drama series “Warehouse 13”. She reprised the role in “Warehouse 13” webisodes “Of Monsters and Men” in 2011, and “Grand Designs” in 2012.

In 2014, Genelle portrayed Zoe Rivera in the TV series “Remedy”, starring in all 20 episodes before the cancellation of the series, and then joined the cast of the TV horror-fantasy series “Bitten” as Rachel Sutton, appearing in 20 episodes until the series ended in 2016.

Following a few rather successful years, Genelle’s career declined somewhat, as she appeared in a few minor roles in TV series such as “Private Eyes” in 2017, and “Dark Matter” also in 2017, while in 2018 she appeared as Tilly Fagan in the TV award-winning sci-fi mystery drama series “The Expanse”.

She continued her career with one-time appearances in such TV series as “Coroner” (2019), and “Utopia Falls” (2020), while most recently, she portrayed Lisa Banks in the horror mystery film “Spiral” (2021), starring Chris Rock, Samuel L. Jackson and Max Minghella, and was chosen for the role of Lucy Svensson in the TV comedy-drama series “Family Law” (2021), co-starring Jewel Staite, Victor Garber, and Zach Smadu; the series was renewed and the second season is scheduled for release in 2022.

To speak further of her success, Genelle is currently working on the crime-drama film “Delia’s Gone”, in which she is set to portray the titular character, and will star alongside Marisa Tomei and Travis Fimmel. The film is currently in post-production, awaiting its release date.

Genelle is one of those celebrities who like to keep their personal matters private. She hasn’t disclosed anything about her current relationship status, nor has she talked about any previous romances. Nor is she active on any of the social media platforms According to sources, Genelle Williams is currently single, and primarily focused on her rising career.

As of mid- 2021, Genelle Williams’ net worth has been estimated to be around $1.5 million, earned through her successful career as an actress, during which she’s appeared in more than 60 film and TV titles, all of which have added to her wealth.

Although she moved to the USA, Genelle is still in love with her hometown in Ontario, and whenever possible she visits her parents who are still living there.

She loves to travel and due to the nature of her job, Genelle has toured across the US.

Genelle is a great foodie, and her favorite is pasta.

Genelle is rather active outdoors, and loves playing various sports, including basketball, and is an avid snowboarder.