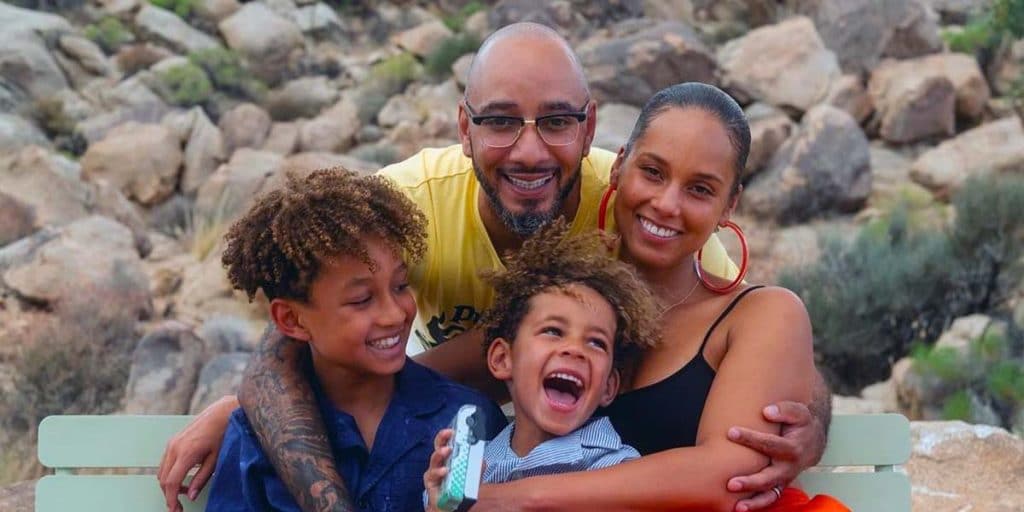 Who is Genesis Ali Dean?

Genesis Ali Dean is a celebrity kid, the child of Alicia Keys and Swizz Beatz. Alicia is a worldwide-known singer, actress and songwriter, while Swizz Beatz is a producer, composer, and DJ. Genesis was born under the Zodiac sign Capricorn on 27 December 2014, in New York City, USA. As of 2021, he is seven years old and holds American nationality.

Genesis rose to prominence as the second-born son of Alicia and Swizz Beatz – he has an older brother Egypt Daoud Dean and three half-siblings, Nasir, KJ and Nichole, from his father’s previous relationships. Currently, he is living with his parents and siblings in New York.

His parents first met when they were teenagers, and Alicia was building her career in the entertainment business.

Reportedly, Alicia was not impressed by Swizz Beatz as he seemed too ostentatious and high-blown. Swizz Beatz began dating the singer Mashonda Tifrere with whom he tied the knot in 2004, and they welcomed their son Kaseem Dean Jr. in 2006. Swizz also has two sons from his relationships with Nichole Levy and Jahna Sebastian.

Allegedly, Alicia and Swizz began dating in 2008, while he was still married to Mashonda, causing a lot of negative media attention with the implication that Alicia Keys was a home-wrecker. In one of the interviews, Mashonda talked about Alicia, saying: ‘My concern with [Alicia Keys] is no longer the fact that she assisted in destroying a family, but that she has the audacity to make these selfish comments about love and wanting to be with someone.

You have no idea how much pain I was caused because of this affair.’ Now officially labeled as “theother woman”, Alicia denied the claims, while Swizz Beatz disclosed that he and his then-wife had been separated for ten months before they filed for divorce.

Their divorce was finalized in 2010, and Alicia and Swizz married on 31 July of the same year. Interestingly, Alicia also gave birth to their first son, Egypt Daoud, in October 2010.

After the arrival of Egypt, tensions in the love triangle died down, and soon they were able to move past their issues and work on bettering their relationship for the sake of children.

Mashonda said in an interview: “Time has a way of healing things, but we also had to heal ourselves. We realized we could minimize the impact on our children by reducing the conflict we had with one another.’ Alicia also shared the same sentiment and disclosed: ‘We love each other, we hang out with each other. We go to dinner together. Our family is one big beautiful family, and it’s a beautiful partnership. It’s a real thing, and it’s possible.’ Both of them are proud of making this unpleasant situation a success- Mashonda published the book entitled “The Secret to Co-Parenting and Creating a Balanced Family”, while Alicia wrote the song “Blended Family”.

His weight and height are unknown. He has dark brown curly hair and brown eyes.

Given his age, it is too early to talk about Genesis’ net worth, but his parents combined wealth is estimated at around $150 million, which they’ve earned through their lengthy careers in the music industry.

Alicia Augello-Cook was born on 25 January 1981, in Manhattan, New York City USA. She grew up without a father, as he left her mother before Alicia was even born. She had an interest in music from a young age, often singing and performing in preschool. Alicia soon discovered her interest in piano, and by the time she was seven years old, was already receiving classical training.

When she was 12, she began attending the Professional Performing Arts School, and studying Jazz. During her teenage years, she began working on launching her career as a singer, and in 1998 she was signed by J Records. She released her first single, “Fallen”, in 2001, which instantly became a hit, charting at No.1 on the Billboard Hot 100. She followed it up with the album “Songs in A Minor”, which sold over 6.2 million copies, and won five Grammy Awards for Alicia.

During her career spanning two decades, she’s had over 20 No.1 singles and collaborations- some of the most notable projects include her feature song with Usher, “My Boo”, “If I Ain’t Got You”, and “No One”. For her contributions to the R& B music and the music industry in general, she’s won 15 Grammy Awards from 30 nominations.

Besides her highly successful music career, she has also tested the waters as a director, producer, and actress, appearing in over 30 TV series and shows. Some of her notable performances include the movies “Smokin’ Aces”, “The Secret Life of Bees”, and “Empire”. Alicia also served as a mentor on the popular TV competition show “The Voice” in seasons 11, 12, and 14.

Kasseem Daoud Dean, professionally known as Swizz Beatz, came from a family rooted in the entertainment business; namely, his uncles Juaquin and Darrin were the CEOS of the record label Ruff Ryders Entertainment. He started his career during his teen days, producing and making beats.

One of the first beats he sold was used for the DMX track’s “Ruff Ryders Anthem”, which became a hit song. Focusing more on creating his own sounds with Triton Keyboard rather than sampling tracks, by the time he turned twenty, he’d worked on several  songs for Jay Z, namely “Money”, “Cash”, and “Hoes”.

In 2001 he co-founded his record label company entitled “Full Surface”, through which in 2007 he released his debut album “One Band Man”, and in 2018 his second album “Poison”.

Building his profile, he has worked with numerous superstars, including Ludacris, Busta Rhymes, and Pharrell. The recipient of several high-covetable awards, in 2011 he received his first Grammy Award for his feature single with Jay Z entitled “On to the Next One”.

Widely recognized as one of the best producers in the world, he has also shared his magic touch on numerous top-charting singles, including several songs by Beyonce, such as “Ring the Alarm,” Check on It, and “Upgrade U”.

Besides music, he has also dipped his toes in entrepreneurship, launching a fashion line with Reebok and endorsing and promoting various other brands such as “Bacardi” and “Lotus”.