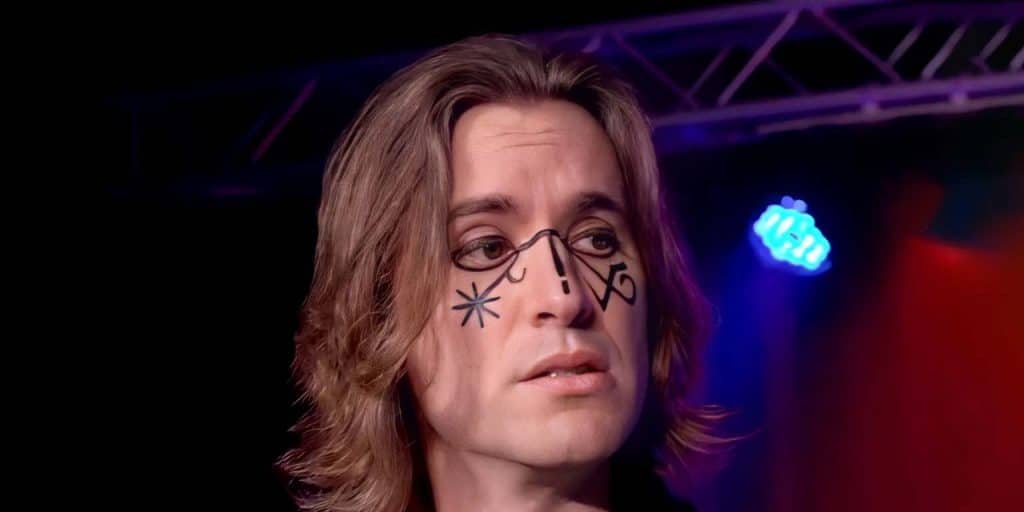 Who is Geoff Castellucci?

Geoff Castellucci is an American singer and piano player, probably best recognized to the world as a member of the a cappella group VoicePlay, serving as the bass voice in the group. He has a voice that ranges over five octaves.

Geoff Castellucci was born on 27 August 1980, in Alexandria, Virginia USA. He hasn’t talked about his parents and siblings much, just saying that his parents supported him in his earliest musical aspirations.

He was just five years old when he started playing piano at his grandfather’s house in New York. In addition, he also was interested in break-dancing, but his dancing skills were nowhere near his musical talents. Aware of these talents, Geoff’s parents enrolled him into local classical and jazz piano training. From there on, he became interested in singing, and while in middle school joined the choir where he got his introduction into a cappella singing.

It was in high school that he developed the skills of a bass singer, and met his future colleagues, with whom he started the famous VoicePlay.

The group was formed in Orlando, Florida in the early 2010s, with Geoff, Layne Stein and Earl Elkins as the original members, while other members joined later, including Eli Jacobsen and Cesar De La Rosa, who are in the current line-up. Several changes have been made over the years, as various musicians came and went.

The band started performing at local venues, earned a reputation, and recorded their songs. Gradually they were becoming more popular, and Geoff was becoming known as the bass-man, his low voice at times imitating a bass guitar. They started touring the US as they were earning recognition, and so far have gone on eight national tours. The group has won several awards, including the 2019 Shorty Awards Finalists for YouTube Musician of the Year, and were the season four finalists on NBC’s “The Sing-Off”.

Moreover, they launched their own YouTube channel, on which they have been uploading music they make. So far they’ve amassed more than a million subscribers, and their videos have around 200 million views. Some of their most popular videos include “Moana Medley ft. Rachel Potter”, which has over 38 million views, then “Road Trip”, viewed around nine million times, and “This Is Halloween| The Nightmare Before Christmas”, which has around 8.5 million views, among numerous other videos that have only increased Geoff’s wealth and popularity.

In addition to his work with the group, Geoff has also worked solo, and launched his own YouTube channel, already amassing more than 280,000 subscribers. He’s performed various cover songs, but also has advice for those chasing a similar career, and a few poetry readings, such as “Raven” by Edgar A. Poe. Some of his most popular videos include “Sixteen Tons”, with just under six million views, then “Far Over the Misty Mountains Cold”, which has been viewed three million times, and “How to sing Really Low. A short Tutorial”, with two million views, among other popular videos.

When it comes to his personal life, not much is known about it, as Geoff likes to keep his life hidden away from the media. He chooses what he shares with the public, and for now, he’s made available information that he’s been married to Kathy Palazzolo Castellucci since 2007, and that the couple has a son named William, through in vitro fertilization.

As of late-2021, Geoff Castellucci’s net worth has been estimated at close to $1 million, earned through his career as a musician and YouTuber.

This a cappella singer is known for his long light brown hair and hazel eyes. He stands at a height of 5ft 11ins (1.8m), while his weight and other vital statistics are unknown, though he has a fit figure.

Though creating music is his favorite, Geoff has found time for other activities. He’s still focused on his dancing, and incorporates it in many of his videos. In addition to piano, Geoff is also skilled in playing guitar.

He loves to play with video editing and he does his own YouTube videos.

Geoff spends a lot of time with his wife and son, taking them out on walks and shopping, but also vacationing together. He has shared pictures from all of William’s four birthdays, keeping a memory of their time spent together for William in the future.

He’s an avid animal lover and has a pet cat.