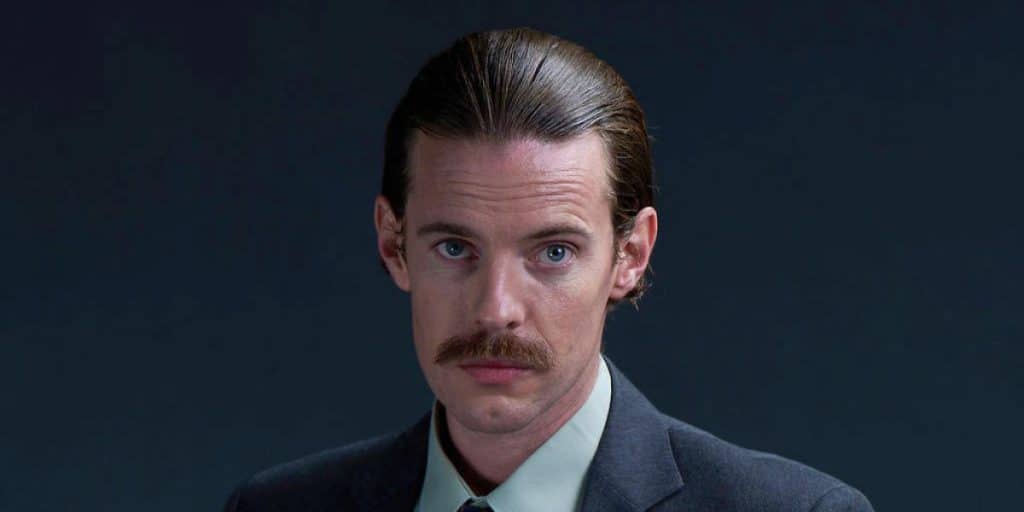 Who is Harry Treadaway?

Harry Treadaway is an English actor, probably best known to the world as Dr. Victor Frankenstein in the TV series “Penny Dreadful” (2014-2016), and as Brady Hartsfield in the TV series “Mr. Mercedes” (2017-2018), among many other roles that he’s secured in his career.

Harry John Newman Treadaway was born on 10 September 1984 under the Virgo zodiac sign, in Exeter, Devon England, with his twin brother Luke, who is also an actor, best known to the world as Christopher in the play “The Curious Incident of the Dog in the Night-Time”.

With their older brother Sam, they grew up in Sandford, Devon, raised by their father David, an architect, and mother who is a primary school teacher, though her name has been left out of the media. Alongside his twin brother, Harry attended Queen Elizabeth’s Community College in Crediton, Devon, and during the university years, Harry and Luke played rugby for the university team, winning the Devon Cup. He and Luke also joined the National Youth Theatre where they honed their acting skills. Both would later graduate from the London Academy of Music and Dramatic Art (LAMDA).

Harry launched his career in a stunning fashion. He and his brother were selected to star as conjoined twin brothers who play in a rock band, one a singer and the other a guitarist. The “Brother of the Head” was released in 2005 to rave reviews, and both Harry’s and Luke’s performance was praised by both the critics and the fans. For the needs of the film, Harry and Luke would spend connected with a sewn-together wetsuit or a harness around 15 hours a day, and even slept in the same bed.

The following year he appeared in the TV series “Marple”, and continued his career with the role of Dean Hamilton in the television drama movie “Recovery” (2007), and then portrayed Stephen Morris, the drummer of the band Joy Division in the biopic about Ian Curtis the frontman of the band, entitled “Control” also in 2007. The next year, Harry starred in the horror thriller-drama film “The Disappeared”, alongside Greg Wise and Alex Jennings, while in “The City of Ember”, he portrayed Doon Harrow, the role which opened many more doors for him.

In 2009, Harry featured in the award-winning independent drama film “Fish Tank”, written and directed by Andrea Arnold, and starring Katie Jarvis, Michael Fassbender, and Kierston Wareing, while in 2010 he starred in the romantic drama film “Pelican Blood”, alongside Emma Booth and Ali Craig, athen in 2011 was Jake in the drama film “Albatross”.

The following year, Harry’s performance in the horror-comedy film “Cockneys vs Zombies”, received high praise, while in 2013 he joined such stars as Johnny Depp, William Fichtner and Helena Bonham Carter among others in the Academy Award-nominated action-adventure film “The Lone Ranger”. The same year, he starred as Jonathan Anselme in the TV mini-series “Flight of the Storks”, while in 2014, he secured the role that launched him to stardom.

He was chosen as one of the main characters, Dr. Victor Frankenstein in the Victorian gothic horror drama series “Penny Dreadful”. The series also starred Eva Green, Timothy Dalton and Josh Hartnett among other stars, and features such characters from British fiction as Dorian Gray, Henry Jekyll, the Marquis de Sade, and Count Dracula, among others. The series was a complete success, as it was nominated for 13 Primetime Emmy Awards, and won 16 awards out of more than 90 award nominations.

In 2017, Harry started portraying Brady Hartsfield in the mystery crime-drama series “Mr. Mercedes”, with Brendan Gleeson in the lead role, and appeared in 20 episodes until 2018.

It was Anton Yelchin who was first cast in the role of Brady, but after his untimely death, the character was recast and Harry was selected as the replacement. In 2018 he played Miles in the action comedy-crime film “Gringo”, and in 2019, he guest-starred as Roddy Llewellyn in the eponymous TV series “The Crown”, and returned in the same role in 2020. He played Narek in the TV sci-fi action-adventure series “Star Trek: Picard” in 2020, and in 2021 starred in the TV mini-series “Deceit”, alongside Niamh Algar, Eddie Marsan and Sion Daniel Young.

He is currently working on several projects, including the drama film “Halo of Stars”, which will star Lily Collins, Holliday Grainger and Stacy Martin, which is in post-production with no exact release date set. Moreover, he is set to star in the western film “The Express”, alongside C. Thomas Howell and Madelaine Petsch.

In addition to his on-screen success, Harry has also had success on stage. His debut in the theatre came in 2009 in the play “Over There”, performed at the Royal Court Theatre, co-starring his twin brother Luke. Since then, he has appeared in a couple more plays, and working with the Operating Theatre Company.

When it comes to his personal life, Harry dated playwright Polly Stenham from 2008 to 2011, with the couple living together in a north London apartment alongside Harry’s twin brother Luke. This romance lasted for three years before they broke up, but remained friends.

Since 2015, Harry has been in a relationship with actress Holliday Clark Grainger.

At first, the media believed that Holliday was in a relationship with Harry’s twin brother Luke, until Holliday came out with the information that she was in fact dating Harry. They don’t have children, and haven’t revealed plans for the future.

As of late 2021, Harry Treadaway’s net worth has been estimated to be around $1 million, earned through his successful career as an actor, during which he has appeared in more than 30 film and TV titles, all of which have added to his wealth.

The prominent actor has dark brown hair and blue eyes. He stands at a height of 5ft 10ins (1.78m), while he weighs approximately 155lbs (70kgs). His vital statistics are currently unknown, though he has an athletic figure.

Music is one of his main interests outside of acting, and together with his twin brother started the rock band Lizardsun. Encouraged by their drama school teacher and their mutual love for Eddie Vedder’s creations, the band existed for some time, but without any major success, so they turned to acting. However, he still exercised his musical talents whenever he could, and recorded nine songs for the film “Brothers of the Head”.

Over the course of his career, Harry has learned a number of skills needed for his roles, including riding a horse, stripping a car engine, and playing the drums.

If his acting career hadn’t taken off, he would be a policeman or a firefighter, as he never intended to work a classic 9 to 5 daily job.