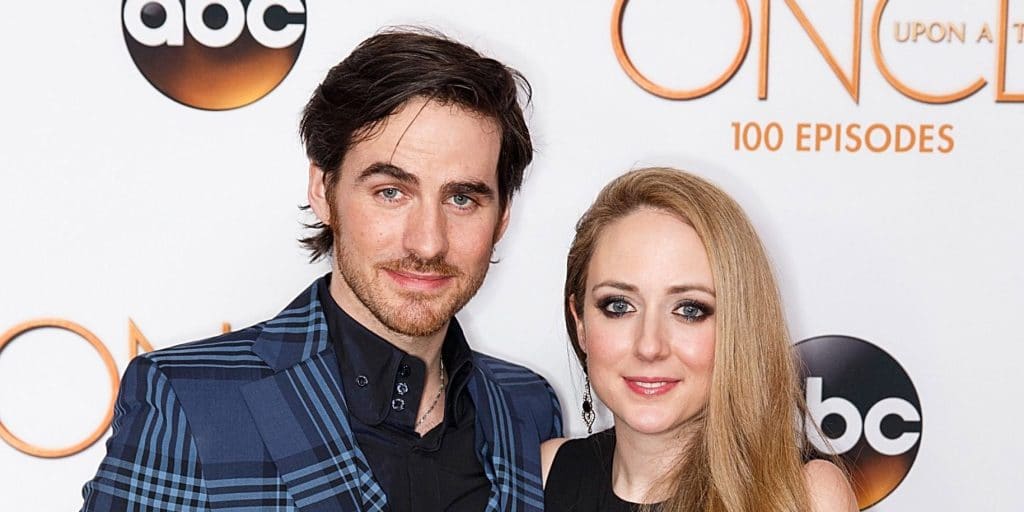 Who is Helen O’Donoghue?

Helen grew up in Gormanstown, alongside her two siblings, however, not a lot is known about her family and childhood, as Helen prefers to keep out of the public eye.

She and Colin attended the same high school, where they first became friends. While Colin ventured into acting, Helen saw herself as an educator, and enrolled at Dublin City University, where she studied Early Childhood Education, graduating in 2003.

Helen and Colin started dating when they were 18 years old, and have stayed together ever since. While Helen was working at a local elementary school, Colin received a call from a talent agency based in Los Angeles, California, who wanted to sign him. This happened in 2009, only a few weeks before he and Helen were supposed to marry. While he was initially reluctant to accept the offer, his then-fiancé was fully supportive of his career, and offered to move the date of their wedding. ‘Without having Helen there to support me I probably wouldn’t ever have had the chance to do those things’ Colin revealed, in an interview he later gave for the British newspaper “Independent”.

Helen and Colin married in 2009, shortly after his appearance in “The Tudors”, in a private wedding ceremony in Drogheda, Ireland. Four years later, in August 2013, Helen gave birth to their son, Evan, which Colin announced on his Twitter, then in May 2017, the couple welcomed their daughter, Millie. The family currently resides in rural Ireland, not far from the Irish Sea, while Colin spends some time in Los Angeles, California and London, England, to work on his acting projects.

Colin O’Donoghue was born in Drogheda, County Louth, Ireland on 26 January 1981 – his zodiac sign is Aquarius, and he holds Irish nationality. He’s an actor and a musician, perhaps known best for playing the role of Captain Hook in the popular fantasy TV series “Once Upon a Time”.

Colin was born to Con and Mary O’Donoghue, and with his older brother named Allen, was raised a devout Roman Catholic. Colin attended Dundalk Grammar School, from which he matriculated in 1999, and then moved to Dublin, where he studied acting at the prestigious Gaiety School of Acting.

When he was 16 years old, he spent a month in Paris, France, to learn about the French language and culture.

Colin made his TV series debut in 2001, when he appeared in an episode of the mini-series drama “Rebel Heart”. In the following year, he had a role in the romantic holiday drama movie “Home for Christmas”, and for his performance he was rewarded with the 2003 Irish Film and Television award for Best New Talent.

In 2009, Colin played the role of Duke Philip of Bavaria in an episode of the historical drama series “The Tudors”. Although his time on the show was short, it opened many doors for Colin, due to the sheer popularity of the series at the time.

Two years later, he made his Hollywood film debut in the horror thriller “The Rite”, based on the eponymous novel by Matt Baglio, directed by Mikael Hafstrom, and which also starred Anthony Hopkins and Ciaran Hinds.

In 2012, Colin was cast to play Captain Hook in the second season of the ABC fantasy adventure series “Once Upon a Time”. He stayed a member of the show’s cast until its cancellation in 2018, appearing in 130 episodes. In 2016, he and his on-screen match-up from the show, Jennifer Morrison won a Teen Choice Award for The Best TV Liplock.

In 2016, we saw Colin star in the independent musical drama “The Dust Storm”, centered on a musician who travels to Nashville, Tennessee, where he reunites with a girl who broke his heart.

In 2019, he played J. J. Sned, the ex-boyfriend of the country singer Dolly Parton in the Netflix biographical series “Dolly Parton’s Heartstrings”.

In the following year, Colin had a voiceover role in the animated action-adventure series “Wizards”, the third installment of the Dream Work’s “Tales of Arcadia” trilogy. In the same year, he played one of the leads in the mini-series drama “The Right Stuff”, based on the eponymous book by Tom Wolfe, centered on a group of US pilots who are recruited to test experimental rockets and aircraft, to become the first Mercury astronauts.

Colin has also had a relatively successful music career. In 2003, he joined the five-piece Irish band, The Enemies, as a lead guitarist; they released their debut self-titled EP (Extended Play) on 7 March 2011. Although they weren’t signed to a record label at the time, their music didn’t go unnoticed, and the car brand General Motors commissioned them to record music for their “Chevy Route 66” online campaign. They have since also worked with Coca-Cola on their “5BY20” campaign project.

In late 2012, The Enemies announced the release of their debut full-length album “Sounds Big on the Radio”, which was initially set to come out in March 2013, but was later rescheduled to April the following year. However, the album was never finished, and in May 2014, Colin announced that he was leaving the band due to his filming obligations, particularly with “Once Upon a Time”, which required him to relocate to Canada for a few months.

As of December 2021, his net worth is estimated at more than $2 million.