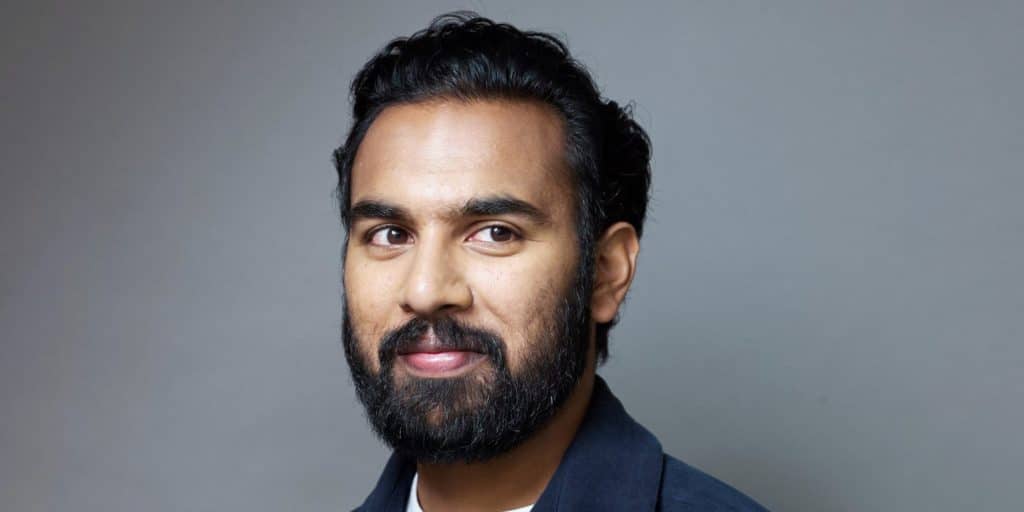 Who is Himesh Patel?

Himesh Patel is a British award-winning television and film actor, and a singer, perhaps best known to the world as Tamwar Masood in the soap opera “EastEnders” (2007-2016), and recently as Jack Malik in the film “Yesterday” (2019), in addition to several other roles that he has secured so far in his career.

Himesh Jitendra Patel was born on 13 October 1990 under the Libra zodiac sign, in Sawtry, Cambridgeshire, England. He’s the son of Gujarati (Indian) parents, though they were both born in Africa, his father in Kenya and his mother is from Zambia – they moved to England, where they opened a newsagent’s shop.

He helped his parents in the shop throughout his childhood, and even delivered newspapers until he was 21 years old, his parents feeling it would help him stay humble, despite his success in “EastEnders”.

During his childhood, Himesh began acting out characters from television and films that he liked. His interest increased, and at just 11 years old he featured in the school play “This Is Your Life, Santa Claus”. Himesh then signed up for a local theatre group, the Key Youth Theatre in Peterborough, on a suggestion by his teacher to his parents. He loved the experience, and as he got older, he joined the Young Actor’s Company headquartered in Cambridge.

He attended film classes but also took piano lessons, and taught himself to play guitar before he was 13 years old.

He was still in high school when he was called and informed that he had a chance to audition for the British soap opera “EastEnders”. At the time he was on his GCSE exams, and after finishing his last test, his parents took him to the audition. Himesh was chosen for the part of Tamwar Masood, and made his debut as Tamwar on 1 October 2007, subsequently appearing in 566 episodes of one of the most popular British soap operas until April 2016.

While working on the series, he wasn’t pursuing other roles, and has since featured in the series’ spin-offs including “Tamwar Tales: The Life of an Assistant Market Inspector” in 2013.

He left the series in 2016, stating that he would love to explore other opportunities. His first major role was as Nitin in the TV comedy series “Damned”, starring Jo Brand, Alan Davies and Kevin Eldon, appearing in 12 episodes in two year, then continued his career with the lead role in the fantasy comedy film “Yesterday”, alongside Lily James and Sophia Di Martino, the performance earning him the Teen Choice Award in the category for Choice Summer Movie Actor.

Also in 2019, he portrayed John Trew in the action-adventure drama film “Aeronauts”, co-starring with Felicity Jones and Eddie Redmayne.

In 2020, he appeared in the sci-fi comedy series “Avenue 5” as Jordan Hatwai, which starred Hugh Laurie, Josh Gad and Rebecca Front. Then he starred as Emery Staines in the TV mini-series “The Luminaries”, and portrayed Mahir in the Academy Award-winning sci-fi action thriller film “Tenet”, starring John David Washington, the son of Denzel Washington, and Robert Pattinson.

He is now working on several projects, including the sci-fi comedy-drama film “Don’t Look Up”, written and directed by Adam McKay, with Timothee Chalamet, Leonardo DiCaprio and Jennifer Lawrence in the lead roles, scheduled for release late in 2021, then the TV mini-series “Station Eleven”, also scheduled for release in 2021. Moreover, Himesh is set to voice Keith in the animated film “The Amazing Maurice”, which will premiere in 2022.

He was rumored to be in a relationship with a mysterious girl with whom he was seen at Wimbledon in 2019, however, he hasn’t shared any relevant information. However, according to reports, Himesh is currently single and solely focused on his rising career.

As of late 2021, Himesh Patel’s net worth has been estimated to be around $2 million, earned through his acting career, during which he’s appeared in more than 20 film and TV titles, all of which have added to his net worth.

The prominent actor has black hair and brown eyes. He stands at a height of 5ft 10¾ins (1.8m), while he weighs approximately 154lbs (70kgs). His vital statistics are currently unknown, though he has an average figure.

Additionally to acting, Himesh is in love with music. In the film “Yesterday” he showcased his singing skills as he performed several songs of the eponymous band The Beatles; he grew up listening to British pop and rock bands, while he also enjoyed Bollywood music.

He also loves to write, and has a notebook of ideas, in which he writes down every time one pops up in his mind. Although he hasn’t pursued writing professionally, he dreams of having his book of stories published in the future.

Himesh has talked about his teenage years, saying that he was lonely and isolated due to cultural differences, since in his school there was only one more Indian boy. He has since voiced his support towards children who feel lonely and socially awkward, and has been a part of many campaigns to raise awareness of the social issue.