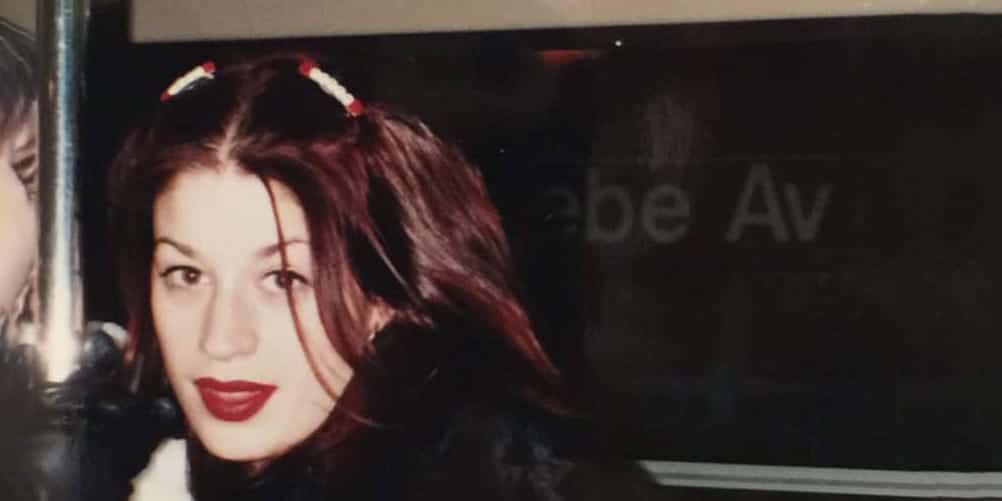 Who was Jennifer Syme?

Jennifer Maria Syme was born in Pico Rivera, California USA, on 7 December 1972 – her zodiac sign was Sagittarius, and she held American nationality. She was an actress and a record company executive, who’s perhaps still remembered for having been in a relationship with famous American actor Keanu Reeves.

How did she die?

Jennifer died in a car accident on 1 April 2001. She had previously attended a party organized by the famous American singer-songwriter and actor Marilyn Manson at his home; Jennifer was driven home by another party attender, however, she wanted to return to the party. She entered her Jeep Grand Cherokee and crashed on her way back to the party; an investigation showed that she had been under the influence of various drugs, including anticonvulsant and a muscle relaxant, and that she was intoxicated.

She was buried at Westwood Memorial Park in Los Angeles, California.

Jennifer was raised in Pico Rivera as an only child, by her mother Maria St. John Syme who was a housewife, and her father Charles Syme who was a highway patrol police officer; her parents divorced when she was eight years old.

She studied at a local high school, and was interested in various activities during her four years there, including acting with the school’s drama club, practicing creative writing, and playing volleyball. Jennifer lived with her mother, and the two moved to Los Angeles once she turned 18 and matriculated in 1990; she then chose not to pursue a college degree, but to find a job to financially support herself.

Jennifer’s career was launched the moment she was hired to work as a personal assistant to the famous American moviemaker, musician and writer David Keith Lynch; she was also into music, and around the same time started working as a personal assistant to Dave Navarro, famous guitarist, singer and actor, who’s probably known best for being a member of the band Jane’s Addiction, and for having played the guitar on an album of the Red Hot Chili Peppers, entitled “One Hot Minute”.

In 1993, Jennifer worked as a production assistant on the episode “Getting Rid of Robert “ of the popular mystery series “Hotel Room”, created by David Lynch, and which starred Clark Heathcliff Brolly, Camilla Overbye Roos and Griffin Dunne. The series follows the mysterious employees of a hotel who don’t age, and it was nominated for two awards.

Jennifer made her debut film appearance with her portrayal of Junkie Girl in the critically acclaimed 1997 mystery thriller movie “Lost Highway”, written and directed by David Lynch, and which starred Bill Pullman, Patricia Arquette and John Roselius. The movie follows two stories, one of a husband who thinks that his wife might be cheating on him, and has now been accused of her murder, and the other of a girl who’s cheating on her gangster boyfriend with a car mechanic; it won four of the 10 awards for which it was nominated.

In 2001, just before her death, Jennifer played Casting Chick in the short comedy “Ellie Parker”, while she also received special thanks for the critically acclaimed 2001 mystery thriller movie “Mulholland Drive”; it was written and directed by David Lynch, starred Naomi Watts and Laura Harring, and follows a woman who has lost her memory in a car accident, and is now roaming around Los Angeles trying to learn more about herself.

The movie won 49 of the 111 awards for which it was nominated, including an Oscar nomination.

In 2005, a scene featuring Jennifer from the short film “Ellie Parker” was made part of the eponymous comedy movie, written and directed by Scott Coffey, and which starred Naomi Watts and Greg Freitas; it follows a young woman who’s pursuing an acting career in Hollywood, and the film won two of the three awards for which it was nominated.

Jennifer met Keanu Reeves in 1998, when they were both invited to a party organized by the now-disbanded alternative rock band Dogstar. They started dating a couple of days later, and on 24 December 1999, after having been pregnant for eight months, Jennifer gave birth to their daughter Ava Archer Syme-Reeves, but who was stillborn.

Jennifer was having a hard time coping with what had happened, which led to her and Keanu’s split a couple of weeks later. The two remained close friends, and according to Keanu, they got back together in 2001, about a month prior to her death.

Jennifer didn’t talk about any other men whom she had perhaps been with.

Jennifer liked to travel, and her career had taken her to a couple of US states, while her dream travel destination was apparently Miami in Florida.

She was a lover of animals, and her favorites were cats and dogs.

Jennifer enjoyed attending parties, while people also enjoyed having her at their parties.

She had her own favorite actors and actresses, including Clint Eastwood, Leonardo DiCaprio and Meryl Streep, while a couple of her favorite movies were “The Good, The Bad and the Ugly”, “The Bridges of Madison County”, and “Harvey”.

At the time of her death, her net worth was estimated at over $100,000, while her ex-boyfriend Keanu’s net worth is today estimated at more than $380 million.

Keanu Charles Reeves was born in Beirut, Lebanon on 2 September 1964 – his zodiac sign is Virgo, and he holds Canadian nationality, as he was raised in Toronto by his American father and British mother. He’s an actor, film producer and director, who has appeared in more than 100 movies and TV series, and has won 13 of the 46 awards for which he has been nominated; Keanu is probably known best for his portrayal of Neo, in the critically acclaimed film trilogy “Matrix”.

Keanu was raised alongside his sisters Kim, Emma and Karina, by their father Samuel Nowlin Reeves Jr. and mother Patricia (nee Taylor); Samuel abandoned the family when Keanu was three. Keanu’s mother subsequently married the film director Paul Aaron, which was how Keanu became interested in acting; his mother remarried two more times.

He appeared in various theatre plays prior to launching his career on TV, gaining recognition in the second half of the ‘80s, with his lead roles in several movies, including “The Night Before”, “The Prince of Pennsylvania” and “Permanent Record”. In 1991, he starred alongside Lori Petty and Patrick Swayze in the critically acclaimed action thriller film “Point Break”, while a couple of his following notable performances in movies were in the 1993 romantic comedy “Much Ado About Nothing”, the 1995 action thriller “Johnny Mnemonic” and the 1996 science fiction action thriller “Chain Reaction”, in which he starred alongside Morgan Freeman.

Keanu starred in the first “Matrix” movie in 1999, second “The Matrix Reloaded” in 2003, and the third “The Matrix Revolutions” in 2003. He appeared in several other popular movies in the 2000s, including the 2008 science fiction drama “The Day the Earth Stood Still”, and the 2009 romantic comedy drama “The Private Lives of Pippa Lee”.

In 2014, Keanu was cast to star as the title character John Wick in the eponymous action thriller movie, and has since been focused mostly on appearing in movies of this franchise.

He received his own star on the Hollywood Walk of Fame in 2005.