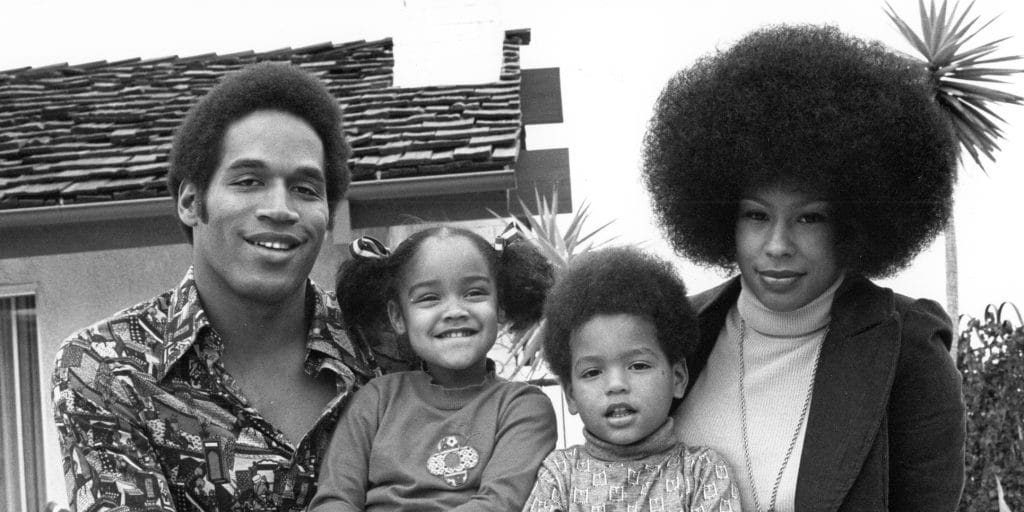 Who was Aaren Simpson?

Aaren Simpson was an American celebrity child, the daughter of O. J. Simpson and his first wife, Marguerite.

Aaren Simpson Wiki: Date of Birth, How she Died, Siblings

Aaren Simpson was born on 24 September 1977 in California USA, the youngest child of O.J. and his first wife Marguerite L. Whitley. Her parents married young, as O.J. was around 20 years old and Marguerite just turned 18. Aaren had two older siblings, Arnelle born in 1968, and Jason Lamar Simpson, born in 1970. The moment she started walking she was giving problems to her parents who were already separated before her unexpected death.

Before she turned two years old, Aaren walked out of the house unsupervised and fell into the family’s pool. Paramedics responded to a call at the football star’s house and found his daughter unresponsive on the side of the pool. The paramedics brought the child back to life using CPR, she was placed on life support and was driven to the hospital. Unfortunately, the doctors couldn’t do much for the toddler, who was in a coma for several days before Aaren passed away. A private funeral service was held with close friends and family in attendance, and O.J. arranged for a donation in Aaren’s name that would later be distributed to the UCLA Cancer Research Center.

O.J. and his first wife were left inconsolable, but continued with their lives; they ultimately divorced in 1979 – O.J. had already started a romance with Nichole Brown, who later became his second wife.

Orenthal James Simpson was born on 9 July 1947, in San Francisco, California USA. His father, Jimmy Lee Simpson was a bank custodian and chef, but later came out as gay, and became a well-known drag queen in the San Francisco Bay Area; he died of AIDS in 1986. On the other hand, his mother Eunice was a hospital administrator. O.J. was called that from his earliest days, and didn’t know that his given name was Orenthal until a teacher read it out in third grade – during his football career, he was nicknamed The Juice.

O.J. isn’t the only child of his parents as he has brother Melvin Leon Truman, a sister Shirley, and another sister Carmelita Simspon-Durio who sadly died. He spent his childhood in the housing projects of the Portero Hill neighborhood and had some health problems in his childhood, which includes developing rickets so that he had to wear braces on his legs. Raised by his mother after his parents divorced in 1952, he spent a lot of time on the streets, joining the gang Persian Warriors, which led to his incarceration at the San Francisco Guidance Center. He was arrested two more times before he met with Willie Mays, a baseball star who advised him to avoid trouble, and helped him change his ways.

After leaving the gang and the streets, O.J. focused on American Football, and while at Galileo High School played for the Galileo Lions. He had a great football career, but his mediocre high-school grades hindered his chances of a prestigious university. He eventually enrolled at City College of Francisco, and played running back and defensive back. After a successful year at City College, O.J. was recruited by the University of Southern California, and during his two seasons there, he was national champion with his team, and won the Heisman Trophy in 1968 and Maxwell Award. Moreover, he was Unanimous All-American in both seasons.

He finished his university career with 3,423 rushing yards for 36 touchdowns, which made him one of the top prospects in the 1969 AFL-NFL Common Draft. He was selected as the No. 1 pick overall by the Buffalo Bills of the American Football League, and signed the largest contract in professional sports history at the time, of $650,000 over five years. This led to a standoff between him and Ralph Wilson, the Buffalo Bills owner since O.J. stated that he would forego his football career and become an actor. However, an agreement between the two was made, and O.J. went on to become one of the most successful Bills players in the next decade, which earned him induction into the Buffalo Bills Wall of Fame.

He failed to show his talent in his first few years on the field, but 1972 was his breakthrough year, as it was the first season in which he made over 1.000 rushing yards. He enjoyed success from 1972 to 1976, winning a number of awards, including NFL Most Valuable Player and NFL Offensive Player of the Year both in 1973, while from 1972 to 1976 he earned both Pro Bowl and First-Team selection. To speak further of his accomplishments, O.J. was a four times NFL rushing yards leader in 1972, ‘73, ‘75 and ‘76, while in 1975 he was the NFL scoring leader.

Following a successful stint in the early and mid- ‘70s, his career began declining and he started having trouble with injuries, which resulted in a trade to the San Francisco 49ers before the start of the 1978 season. He played until the end of 1979, ending his career with 11,236 rushing yards for 61 touchdowns and 62 receiving touchdowns. After his career, O.J. became a rather controversial personality, due to allegations that he murdered his ex-wife Nichole Brown and her friend Ron Goldman in 1994. He was acquitted of charges, but his troubles didn’t end there.

He filed for bankruptcy, and organized an armed robbery for which he later spent several years in prison. He is now a free man, but is far from the fame of his football career. O.J. is also known for his several on-screen portrayals of various characters, including Nordberg in the “Naked Gun” film franchise from 1988 to 1994, and T.D. Parker in the TV series “1st & Ten” (1986-1991). According to sources, O.J. Simpson’s net worth has been estimated at around $3 million, as of early 2022.