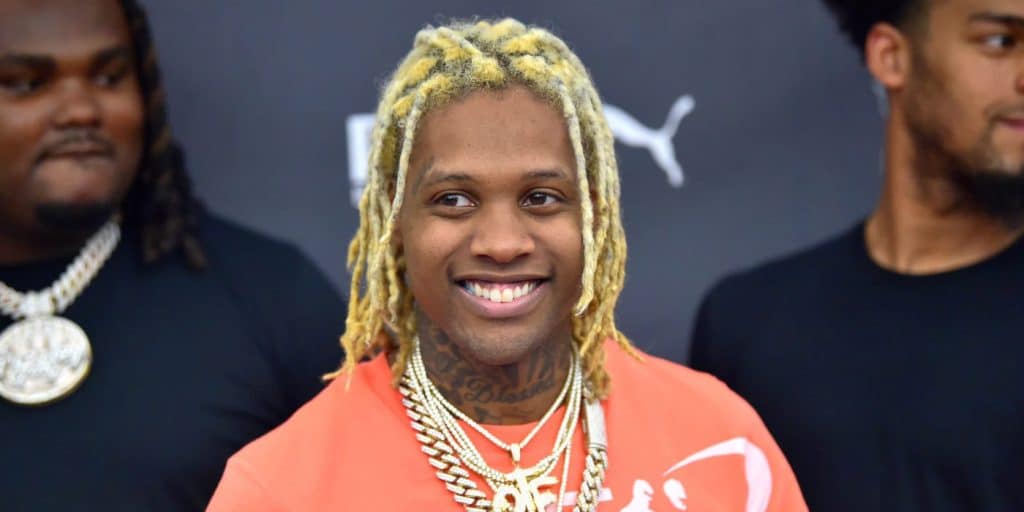 How many kids does Lil Durk have? Who are they? Net Worth, Wiki

Durk Derrick Banks – aka Lil Durk – was born in Chicago, Illinois USA, on 19 October 1992 – his zodiac sign is Libra, and he holds American nationality. He’s a rapper, perhaps known best for his hit singles, which include “Viral Moment”, “3 Headed Goat” and “Backdoor”.

Lil Durk grew up in the notoriously violent Englewood neighborhood of South Side Chicago. He has three sisters, and had an older brother, Dontay Jr, known as ‘D Thang’, who was shot dead outside of a Chicago nightclub in June 2021.

Lil Durk was raised solely by his mother, as his father, Dontay Banks Sr, was arrested when he was seven months old.

He was sentenced to two life sentences, without the possibility of parole, but no further details were disclosed. His mother worked as a nurse, but her job didn’t pay well enough to sustain a family, and they often struggled with making the ends meet.

The rapper studied at Pail Roberson High School, but dropped out at the age of 17 after the birth of his first child, and then joined the infamous Chicago street gang, Black Disciples. Soon thereafter, his troubles with the law began, and in October 2011, he served time for unauthorized use of a weapon.

Lil Durk started his career by uploading his works onto social media networks, such as MySpace and YouTube.

After he was released from jail in late 2011, he started focusing more on making music, with the intention of becoming a local rap star. Although his plans to sign with French Montana and Chief Keef’s record labels fell through, his singles “Sneak Dissin” and “I’ma Hitta” put him in the spotlight as a promising new rapper.

In 2012, Lil Durk released the mixtape “Life Ain’t No Joke”, though the independent record label Only the Family (OTF). In the same year, he came out with the single “L’s Anthem”, which was later remixed to include a feature from French Montana. After the single went viral, Durk was noticed by major record labels, and in 2013, he accepted a joint venture deal with OTF and Def Jam Recordings.

In the following year, the rap magazine “XXL” included him in their 2014 annual Freshman Class list, of the 10 most popular upcoming names on the hip hop scene. On 2 June 2015, he released his debut album entitled “Remember My Name”, which peaked at #14 of the Billboard 200 list.

Lil Durk released his second album entitled “Lil Durk 2X”, on 22 July 2016, in collaboration with famous rappers Ty Dolla $ign and Yo Gotti, but unfortunately it failed to reach the level of commercial success of his debut. In 2018, he announced his departure from Def Jam, and released the mixtape “Just Cause Y’all Waited” on Apple Music and iTunes, as a free agent; it soon became his first non-album project to appear on the Billboard 200 list.

Later in the same year, Lil Durk signed to Alamo Records, through which he released his third studio album, “Signed to the Streets 3”, featuring guest inputs from Kevin Gates, A Boogie wit da Hoodie and Future, among others.

The rapper’s mainstream breakthrough came in 2019, when his fourth album, “Love Songs 4 the Streets 2” reached the #4 spot on the Billboard 200 chart. The following year was even more successful for him, as his album “Just Cause Y’all Waited 2” charted at #2 in the US, and he was featured on the hit song “Laugh Now Cry Later”, by the Canadian rapper Drake. In December the same year, he released the long-awaited album “Voice”, which he dedicated to his late best friend, King Von. In August 2021, he was featured on Kanye West’s 10th studio album, “Donda”.

In his music, Lil Durk often talks about the violence he witnesses on a daily basis, shedding light on the issues of the African-American communities in Chicago. ‘Some people look at me like, ‘He’s about violence’, but if you hear the album, ‘Oh, that’s why he’s here. He’s going through this or that.’ I want to paint that picture that people don’t see.’, he said in an interview he gave for the daily newspaper “Chicago Tribune”.

Who are Lil Durk’s kids?

Lil Durk has six children, three sons and three daughters. He first became a father at the age of 17, when his then girlfriend Nicole Covone, gave birth to their son Angelo. In 2013, they welcomed their second child, a girl named Bella, however, they separated soon after her birth.

In 2014, he fathered sons Zayden and Du’mier Banks, whose mothers’ identities are not publicly known. In the same year, his ex-girlfriend, Tameka Kute gave birth to his second daughter, Skyler, and four years later, his fiancée India Royale, gave birth to Durk’s youngest daughter, Willow.

Lil Durk reportedly tries to maintain a solid relationship with all of his children, often visits them and provides financial support for them and their mothers. In August 2016, he took to social media to express his desire to take custody of Angelo, Bella, Zayden and Du’mier, so that his kids can all live under the same roof. ‘I need all my kids in one house calling lawyers.’ the rapper said in an Instagram post.

While over 10,000 people expressed their support by liking the post, Lil Durk’s ex, Nicole Covone, shared her side of the story. While she noted that he was a great father to their two kids, she was surprised by his post, saying that he ‘just wants some attention’.

In June 2021, the woman named Travonna, gave an interview for the blogger Tasha K, claiming that Lil Durk fathered her seven years old son, but then failed to provide the necessary support for her and the child. While Travonna said that she had already done a DNA test, which confirms that Lil Durk is the father of her child, a lot of his fans expressed their suspicion of her claims, as the allegations came out just a few days after Lil Durk came into media spotlight, as his brother passed away. The rapper hasn’t publicly commented on the situation.

Lil Durk is married to the social media star and entrepreneur, India Royale. The two started dating in 2017, became  engaged in September 2018, one month before welcoming their daughter, Willow, and tied the knot in November 2020, in a private ceremony in Chicago.

The couple recently expressed that they have plans to raise two more children together. ‘He would love that. He was never more obsessed with me than when I was pregnant.’ India tweeted.

As of October 2021, his net worth is estimated at more than $3 million.