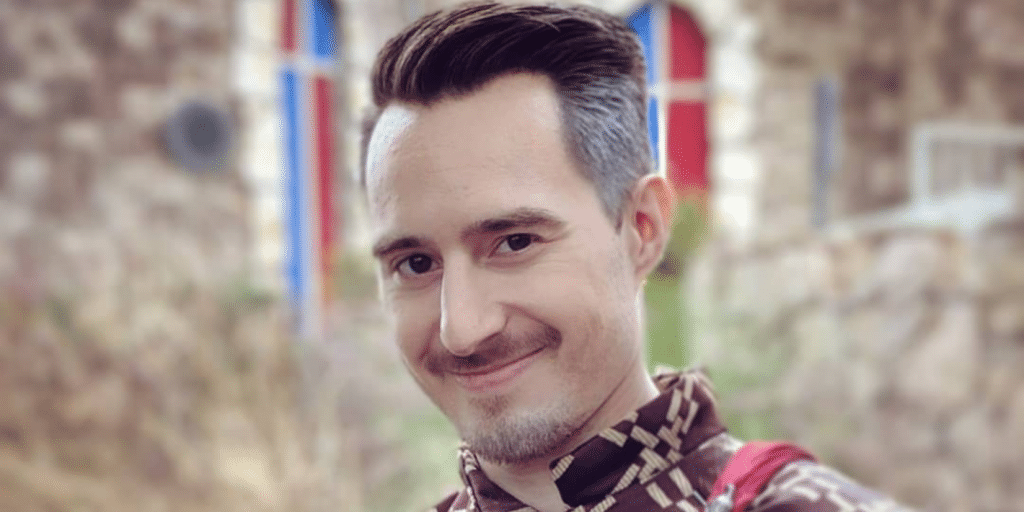 How much money does James A. Janisse make? Net Worth, Wife

James Anthony Janisse was born in Detroit, Michigan USA, on 6 May 1989 – his zodiac sign is Taurus, and he holds American nationality. He’s a YouTuber, actor and a producer, perhaps known best for running the YouTube channel Dead Meat.

James grew up in Detroit alongside his sister Janelle. He became interested in the horror genre at an early age, and loved reading “Scary Stories To Tell in the Dark” as a child. During his teenage years, he created a horror page on which he would display the death counts of horror movies, in a similar manner to his future YouTube channel Dead Meat.

In 2011, James graduated from the University of Michigan with a degree in screen arts and culture, and then moved to Los Angeles, California to pursue a career in the entertainment industry.

James and his girlfriend Chelsey launched the Practical Folks YouTube channel on 13 January 2014, uploading their first video entitled “Your Favorite TV Show is Ending [Practical Folks]”a week later. James and Chelsey aka ‘Practical Folks’, initially joined YouTube back in 2010, with the channel called Comediocracy, and achieved mild success with it when some of their videos suddenly became popular, however, after YouTube prevented them from monetizing their videos, they moved their content to a new channel.

In the beginning, they made sketch comedy, and later switched to making more unscripted videos. The most popular series on the Practical Folks channel is “Drunk Disney”, featuring the hosts taking shots while watching classic Disney animated movies. In 2015, James and Chelsey began making videos related to the popular TV series “Game of Thrones”, including episode discussions and parody sketches. In December 2016, they launched the “Drunk Disney” spin-off series, entitled “Drunk Star Wars”.

The channel now numbers over 94,000 subscribers, and almost 14.5 million total views. The most popular video on the Practical Folks channel is “THE LION KING ft. Jon Cozart (Drunk Disney #32)”, which has been viewed more than 755,000 times since it was uploaded in June 2016.

As James and Chelsey moved their focus to their second channel Dead Meat, they became inactive on Practical Folks, and haven’t uploaded a new video onto it in the past two years.

James launched the channel Dead Meat on 7 January 2017, and uploaded the first video entitled “Monsterpalooza 2017 ft. Tom Savini” in April. On this channel, James mainly talks about various horror franchises, and has even done interviews with iconic horror movie actors, such as Kane Hodder, James Jude Courtney and Nick Castle. His fiancee Chelsea is often featured as a co-host in Dead Meat videos.

The most popular video series on the channel is “Kill Count”, in which James recaps horror movies with a focus on the number of characters who were killed off.

He starts each episode by talking about the film’s impact, and explaining the main plot. He then presents short clips from the movie, keeping track of each time someone perishes on screen, ending the episode by presenting the final death count, along with a pie chart sorted by gender, and a kill-on-average figure which shows how many people were killed per minute. He also choses his favorite kill and awards it a ‘Golden Chainsaw’ medal, while his least favorite death gets the ‘Dull Machete’.

In March 2018, James and Chelsea announced the beginning of their Dead Meat podcast series, with Chelsea as the primary host and editor. Episodes are uploaded onto the Dead Meat YouTube channel, and usually cover topics related to the channels theme, such as horror movies and video game reviews.

As the episodes aren’t scripted, the hosts are more laid back, and we can see them act more freely compared to their other videos.

The Dead Meat channel also features several other video series, such as “What’s Your Favorite Scary Movie?”, in which James asks other content creators about the horror movies they like the most. In “Cut Comparison”, he compares the director’s cut with the theatrical cut of the movies, and in the “They Talk!” series, we can see the classic horror films explained from the villain’s point of view. James also occasionally does video game livestreams on this channel, playing titles such as “Doom II” and “Friday the 13th: Killer Puzzle”.

As of September 2021, over 5.1 million people are subscribed to the channel, while it has amassed more than 1.8 billion total views.

The most popular Dead Meat video is “Halloween (2018) KILL COUNT”, which has been viewed more than 21 million times.

Aside from doing YouTube, James is also an actor with 14 credits to his name. He made his acting debut in the 2009 short drama film “Everyone’s a V. I. P. to Someone”, written and directed by Paolo Carone and Chelsea Leonowicz.

In 2014, he played a bartender in an episode of the comedy series “College Humor Originals”, entitled “Girls Are Cold on Halloween”. In the following year, he played Jeff Bridges and Lauren Cohan in a sketch featured on the popular late night talk show “Jimmy Kimmel Live!”

James met his future fiancée, Chelsea Rebecca, while attending university, and they started dating in 2012. She has been helping James run his YouTube channels, and is often featured as a co-host in his videos.

James proposed to her on 8 September 2019, with them publicly announcing the engagement five days later, on Friday the 13th. Apparently, the two had planned to marry in late 2020, but their wedding ceremony was put on hold due to the COVID-19 pandemic.

Both James and Chelsea are fans of World Wrestling Entertainment (WWE), and have uploaded several pictures with wrestlers onto their Instagram accounts.

James has a scar on his right shoulder from removal of a mole, which appeared to be caused by skin cancer.

His favorite horror movie is “The Thing”, while his favorite non-horror film is Wes Anderson’s comedy “The Royal Tenenbaums”.

James has stated that he is a fan of the late rock singer David Bowie.

As of September 2021, his net worth is estimated at more than $3.5 million dollars.