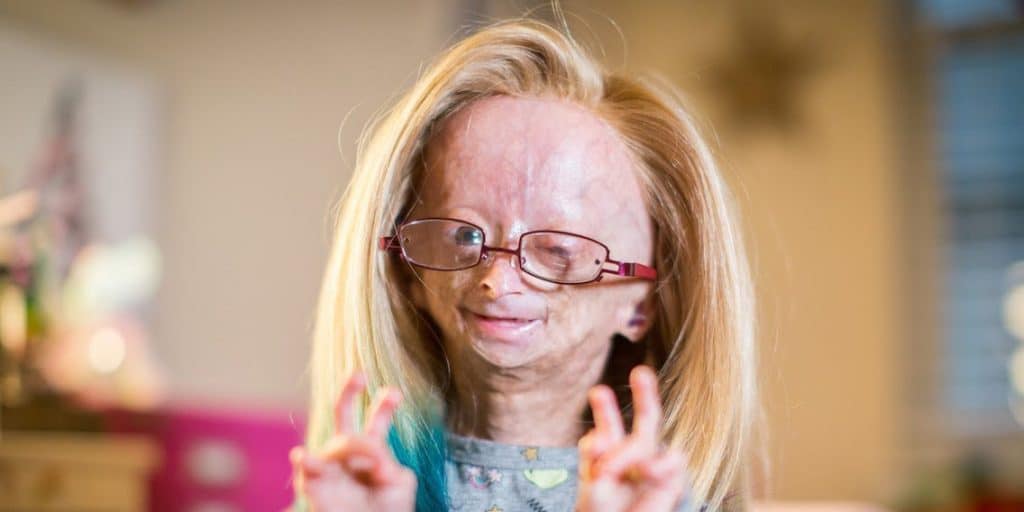 How old is Adalia Rose? Disease, Net Worth, Wiki. Is she still alive?

Who is Adalia Rose?

Adalia Rose was born in Round Rock, Texas USA, on 10 December 2006 – her zodiac sign is Sagittarius, and she holds American nationality. She’s a YouTuber and a social media star, who’s probably known best for her self-titled YouTube channel, which was launched for her by her parents on 9 June 2012. The channel is today subscribed to by close to three million people, and numbers over 300 million views of all her videos combined; she’s mostly focused on uploading comedy content, but also on talking about her everyday life. Her most recent video “LIFE UPDATE” was uploaded on 5 November 2021, and features Adalia and her mother as they’re talking about how Adalia has just recently lost her hearing.

Adalia is suffering from progeria, a syndrome which causes their victims to age a lot faster than other people; it affects only children, who then live between 10 and 25 years, when cardiovascular complications occur, leading to death by stroke or heart attack.

Adalia is being raised in Round Rock alongside her three siblings, by their mother Natalia Amozurrutia who’s a housewife, and can be seen appearing in some of Adalia’s YouTube videos, and their father Ryan Pallante who’s a businessman.

Adalia is being homeschooled, and this is believed to be because her parents don’t want to bother her with going and being bored at school, but also to save her from possible bullying.

After she made a couple of her first YouTube videos with her mother, Adalia fell in love with it, and her mother thus decided to go on with it, seeing that her daughter is happy.

Adalia is mostly popular for her videos which feature her spending time with her mother, which usually show Adalia putting make-up on her mother, the two girls talking about Adalia’s syndrome, and taking part in various activities together. We’re going to mention three of Adalia’s most popular videos, which have helped her attract many new subscribers.

Her #1 video “Twins – Adalia Rose (Official)” has been watched close to 50 million times since 9 July 2012, and features Adalia speaking of how her mother and she are now twins, because Natalia shaved her head to show support.

Her second most popular video “Makeup tutorial on my mom!!” has been viewed close to 50 million times since 7 December 2016, and shows Adalia showing off her skills at putting make-up on, with the help of her mother.

Number three on Adalia’s most popular list is “Hey girl hey!”, viewed close to 40 million times since 11 January 2017, which shows her rapping while her mother’s friend is making a wig for her.

Adalia is quite active on Instagram, and seems to be enjoying the attention and support which she’s receiving from her close to 400,000 followers; she’s uploaded more than 600 pictures onto the network, most of which show her during her everyday life, and so reveal various things about Adalia.

She enjoys spending her spare time outdoors and being with friends, as featured in her pictures. Adalia is a huge dog-lover, and her pet dog Yeebee can be seen appearing in some of these pictures as well.

She launched her Twitter account in June 2012, and has since amassed close to 30,000 followers, has tweeted nearly 500 times, mostly to announce the upload of Adalia’s new YouTube videos, while she occasionally writes about her everyday activities.

A post shared by The Adalia Rose Show (@adalia06)

Adalia is active on TikTok, as well, and is today followed by close to 10,000 people on the network, however, it seems that all of her videos have recently been deleted for unknown reasons.

Adalia is a highly sociable person, and apparently has numerous friends with whom she enjoys spending her spare time, while they also seem to enjoy her company. She’s also very close to her siblings, and they can be seen appearing in many of Adalia’s Instagram pictures and YouTube videos.

She has apparently also had a chance to meet other children who are suffering from the same syndrome, and they are together trying to raise awareness of their condition.

Adalia doesn’t have a boyfriend, nor have there been any signs that she might have dated someone.

Adalia spends the majority of her spare time with her mother; the two go shopping together, for both groceries and clothes, while they also often go to parks around their city.

Adalia’s father enjoys spending time with his wife and daughter, but because he prefers to stay away from the media’s attention, he can only be seen appearing in one or two of Adalia’s YouTube videos.

She likes to watch movies in her spare time – her favorite actor and actress are Daniel Radcliffe and Emma Watson, while some of her favorite films include the franchise “Harry Potter”, the trilogy “The Lord of the Rings” and “The Perks of Being a Wallflower”. Adalia is also into watching animated films, with her favorite being “The Beauty and the Beast”.

She and her family have gone on a couple of road trips around Texas, and Adalia has had an opportunity to meet various people, to visit several zoos, and some of the most beautiful natural locations in the state.

As of November 2021, her net worth has been estimated at over $500,000, most of which she’s made through her YouTube channel, and the merchandise which her mother is selling on the internet.