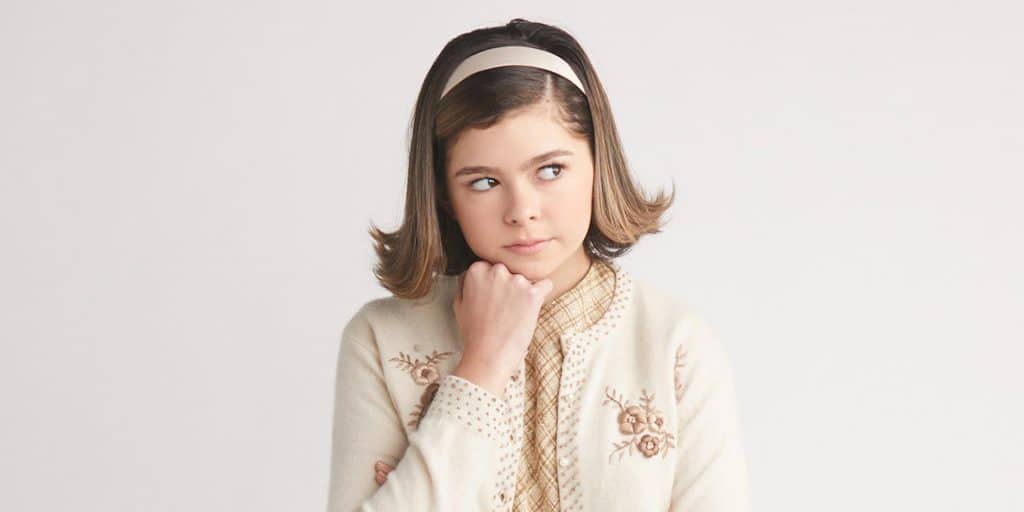 Who is Addison Riecke?

Addison Elizabeth Riecke was born on 26 January 2004 under the zodiac sign of Aquarius, in Covington, Louisiana USA. She is a 17-year-old actress, probably best recognized for landing the role of Nora Thunderman in the Nickelodeon comedy series “The Thundermans” (2013-2018), and featuring as Cathy Fitzroy in the Brat TV historical drama mystery series “A Girl Named Jo” (2018-2019).

How rich is she, as of now? Addison Riecke Net Worth

As of mid-2021, Addison Riecke’s net worth is already estimated at close to $600,000, acquired through her successful involvement in the world of entertainment. She has garnered nine television and film acting credits since she launched her career in 2013.

Addison Riecke spent her early years in her hometown of Covington, where she was raised by her father Jared and mother Jeanine Riecke. The professions of her parents haven’t been revealed to the public, and it’s also unknown whether she has siblings or not. She holds American nationality and belongs to White Caucasian ethnic group. Regarding her education, Addison hasn’t shared any details about it, but should normally matriculate in 2022.

Addison Riecke developed her love for acting and performing very early, and started acting at the age of four.

She later attended the Kehoe-France Drama Camp, and went to the John Robert’s Performing Arts Academy in Metairie, Louisiana. She then began her stage career, performing in numerous plays, while at the time also featuring in various national commercials for such brands as Playstation and Lunchables. Addison made her debut TV appearance in 2013, in a small role in the episode “How To Have A Playdate” of the ABC single-camera sitcom “How To Live With Your Parents (For The Rest Of Your Life”.

Addison Riecke’s first major role came when she joined the main cast of the Nickelodeon comedy series “The Thundermans”, in which she starred in the role of Nora Thunderman for four seasons from 2013 to 2018, sharing the screen with such actors as Jeff Griffo, Diego Velasquez, and Kira Kosarin in the story of a family with superpowers who try to live a normal life; the show won the Nickelodeon Kids’ Choice Award for Favorite TV Show.

Concurrently, she continued to work on other projects, including reprising the role of Nora in the episode “Haunted Thundermans: Part 2” of the Nickelodeon sitcom “The Haunted Hathaways” in 2014.

It was followed by her appearance as Snowflake in the made-for-TV comedy film “Nickelodeon’s Ho Ho Holiday Special” (2015). Between 2016 and 2017, she appeared as a contestant in the Nickelodeon reality show “Paradise Run”, and then featured as Marie in the 2017 Southern Gothic film “The Beguiled”, alongside Colin Farrell, Kirsten Dunst, Nicole Kidman and Elle Fanning. It was written and directed by Sofia Coppola and based on Thomas P. Cullinan’s novel of the same title. It earned her an International Online Cinema Award for Best Ensemble Cast, which she shared with her co-stars.

In 2018, Addison Riecke was cast as Agnes in the comedy film “Banana Split”, directed by Benjamin Kasulke, and later that year was chosen to play Cathy Fitzroy in the historical drama mystery TV series “A Girl Named Jo” (2018-2019). The series lasted for three seasons, broadcast on Brat TV. She next landed the role of Sophie in the 2019 comedy-drama film “Strong Independent Women”, written and directed by Jennette McCurdy. It follows a mother who tries to help her daughter overcome an eating disorder.

Most recently, it’s announced that she will play Joanna in the upcoming thriller film “The Man In The White Van”, next to Madison Wolfe and Skai Jackson.

Addison Riecke is in a relationship with a guy named Justin, who goes by the name ‘justinrussxll’ on Instagram. Her current residence is in Los Angeles, California.

In her spare time, she enjoys singing and playing the piano, the guitar, and the ukulele. She also likes reading, writing, and practicing screenwriting.

Addison Riecke is known for her charity work too. In 2013, she raised over $4,000 for the Red Cross, providing help to the victims of the Oklahoma tornadoes.

In the following year, all her birthday gifts she donated to children at L.A. Children’s Hospital, while she requested pet supplies for the next birthday instead of birthday gifts, which she donated to the St. Tammany Humane Society. She also participated in the campaign “Be Good To Each Other”, to support PACER’s National Bullying Prevention Center. She has also worked with other charitable organizations, such as The Food Bank of Covington, Write Brain Gives, Holidays for Kids, St. Tammany Hospital Foundation, and Hartley’s Heart Foundation, among many others.