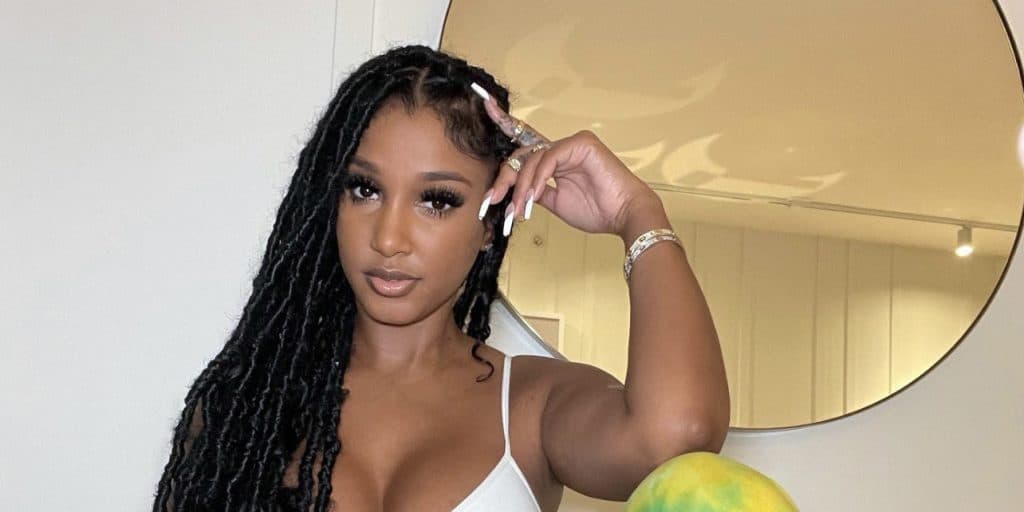 Who is Bernice Burgos?

Bernice was born under the zodiac sign of Aries on 17 April 1980, in The Bronx, New York City USA; she holds American nationality, and her ethnicity is Afro-American. Bernice is a model, actress, and Internet personality, perhaps known best for her appearance in music videos for famous artists such as Drake and J. Cole.

Bernice was raised alongside her sister in Spanish Harlem, The Bronx by her Puerto-Rican parents; her parents were poor, and both were doing all kinds of jobs to provide food for their family.

Bernice became pregnant when she was 15 years old – her family wasn’t supportive, as they thought that she’d embarrassed the family, so they kicked her out of the house.

She moved to her boyfriend’s house, who was in jail at that time, so she lived with his mother, who was asking Bernice to do chores instead of pay rent, because Bernice had no money to pay.

She gave birth to her first daughter Ashley Marie on 9 May 1996; she had to leave school, and as she said in one interview, she had a hard life, struggling to raise her daughter without the support of her family.

To earned a living for herself and her daughter, working as a bartender and waitress, and eventually she launched her modeling career, which brought her popularity.

Bernice showed-up in some commercials and magazines such as “XXL” and “Show”, and after a while appeared in the music video “Work Out” for J. Cole, followed by her appearance in “Diced Pineapples” for Rick Ross, Drake, and Whale, and “Do You Mind” for DJ Khaled and Nicki Minaj.

She made her acting debut on the big screen in the 2009 movie “Notorious B. I. G.”, a crime drama about the life and death of Christopher Wallace, a rapper known as Notorious B. I. G. followed by her role as Moon in “True to the Game 2”, a thriller based on the novel of the same title written by Teri Woods.

Bernice participated as a contestant in the television show “Wild ‘n Out”, an improv game and comedy sketch show hosted by Nick Cannon, a popular comedian, and musician.

Meanwhile, in 2006 Bernice gave birth to her second daughter Sarai, but the identity of her father stayed unrevealed. However, this single mom of two despite her hard life, has managed to become a successful businesswoman. With her older daughter Ashley, she developed and created the lingerie line “Bold & Beautiful”, designed for women of all sizes, shapes, and ages – their merchandise can be bought online.

Bernice’s love life is full of secrets, controversy, and rumors. She hasn’t been married or engaged, however, she hasn’t spoken about the fathers of her daughters, so their names and occupations are unknown to the public.

She’s dated Marion ‘Suge’ Knight, a music executive and co-founder of Death Row Records, then in 2013 she dated American actor and singer Trey Songz, but they broke up after a year.

In 2015 Bernice was dating Drake, although he hasn’t confirmed their relationship, but they were  seen together, and Bernice talked about their relationship in public. After the two of them separated, she was in a relationship with Clifford Joseph Harris Jr – better known as T.I. – who is a rapper and record producer. At the time they were dating, he was still in a marriage with Tameka Cottle, also known as Tiny, and she stated that the reason for their divorce was his mistress Bernice, to which Bernice responded ‘that home had been broken, and I’ve never dealt with a married man in my life’, adding that he had already filed for divorce, so continued with his life.

T.I. hasn’t spoken about this, and hasn’t confirmed either Tiny’s story or that of Bernice.

In 2017, Bernice started a relationship with Quavious Keyate Marshall, known as Quavo, an American rapper and singer, dating for a year, and after they broke up, Bernice dated Meek Mill, a rapper from Philadelphia, from July until December 2018.

In the following year, there were rumors that she was dating Young M. A. a female rapper whose real name is Katorah Kasanova Marrero; they were both posting cameo videos on one another’s Instagram on Valentine’s Day with the description ‘I Got My Chocolate’.

However, as of October 2021, Bernice seems to be single, at least publicly, and she is living with her daughters in New York.

One of Bernice’s favorite hobbies is modeling; she still collaborates with fashion houses, such as Fashion Nova, and daily posts on her Instagram account her pictures of herself wearing various dress combinations.

She has gained more than 6.5 million followers on her Instagram profile, and is also active on other social media networks. Her Twitter account she has almost 100,000 followers, and on TikTok she has almost 300,000 fans.

She takes care of her body, working out four to five days per week at the gym, and likes to swim; when she wants to relax she goes to the spa center.

Bernice admitted that she’s had several plastic surgeries, as she said in an interview for hollywoodlife.com ‘I’ve done a little bit of everything…I did my butt first’, saying that was done in some basement and was illegal, but all the other operations she’s had done in hospital.

In her spare time, she likes to be with her daughters; they often go out together to nightclubs.