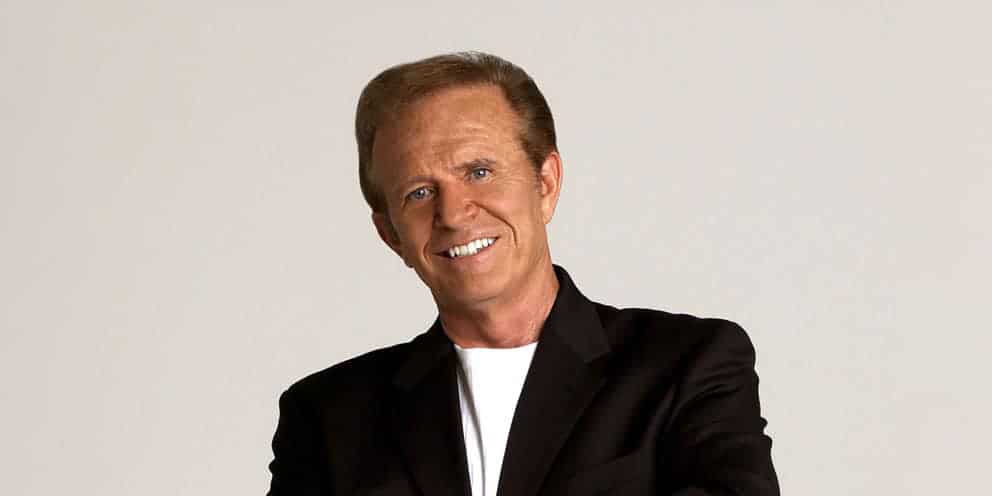 How old is Bob Eubanks? Age, Net Worth, Wife. Is He Still Alive?

Who is Bob Eubanks?

Bob Eubanks is an American disc jockey, television and radio personality, perhaps best known to the world as the founding host of the game show “The Newlywed Game”, and as the host of the show “Card Sharks”, among many other notable achievements.

How Old is Bob Eubanks? Is He Still Alive?

Bob Eubanks was born on 8 January 1938 under the Capricorn zodiac sign, in Flint, Michigan USA, which makes him 83 years old. Bob is still active, and works as a corporate public speaker.

Born as Robert Leland Eubanks, he is the son of John Otho Leland Eubanks and his wife Gertrude (nee McClure). The family moved to Pasadena, California USA when he was three years old due to the Great Depression. The only child, Bob grew up loving the music, listening to such artists as Frank Sinatra and Doc Watson. Moreover, he loved watching films and shows and was influenced by the likes of such actors and TV personalities as Howard Hughes, Bill Cullen, Cary Grant, and Buddy Hacket.

He matriculated from Pasadena High School, after which he enrolled at Los Angeles Pierce College.

Bob’s first-ever job was on KACY radio station in Oxnard, California in the mid- ‘50s. Four years later, he joined KRLA in Pasadena, where he was a host of the overnight show. In 1962, Bob was made the new host of the morning drive, and a year later he was the host of the 6-9 pm evening slot.

His popularity rose, and he started working as a producer of concerts – during the ‘60s, he worked on such concerts as the Beatles’ 1964 and 1965 Hollywood Bowl performances, having mortgaged his house to bring the Beatles to their first-ever West Coast concert.

Furthermore, in Los Angeles, he worked with Barry Manilow, Bob Dylan, Merle Haggard, The Supremes, and Elton John, among many other artists.

Bob’s television career has made him the star he is today. In 1966, he was called by Chuck Barris who asked him if he would be a host of the show that Barris would be producing, “The Newlywed Game”. He accepted the offer and the show made its debut on ABC the same year. it became an instant huge hit and after a few more episodes, Bob and the show were expanded to the prime-time line-up.

He was the youngest ever game show host at 28 years old, and for the next five years, Bob dominated the TV scene with his youthful energy, with which he pressed contestants for those hilarious answers and embarrassments viewers will remember ‘til they die.

To speak more of his accomplishments, he was active in the entertainment world until 2015, when he appeared as a host of a couples game on “Marriage Boot Camp: Reality Stars (WE channel).

Net Worth and Awards

As of late 2021, Bob Eubanks’s net worth has been estimated to be around $25 million, earned through his impressive career in the world of entertainment. He received a Star on the Hollywood Walk of Fame in 2000 for his contribution to television, and in 2005 he was honored with a lifetime achievement Emmy Award from the Academy of Television Arts & Sciences.

Bob was married to Irma Brown from 1969 until she died in 2002. She was an avid athlete, operated a ranch, and in her free time was an artist. The couple welcomed three children together, Trace, Corey and Theresa.

They lived on a 26-acre (110,000m2) cattle ranch, where he and the family did rodeo stunts. He was a gold card member of the Professional Rodeo Cowboys Association.

Two years after the death of his first wife, Bob married Deborah James, a wedding/events co-ordinator from Ventura, California. They have welcomed one child together, a son named Noah.

The popular TV personality has brown hair and grayish-blue eyes. He stands at a height of 5ft 7ins (1.72m), while he weighs approximately 165lbs (75kgs). His vital statistics are currently unknown.