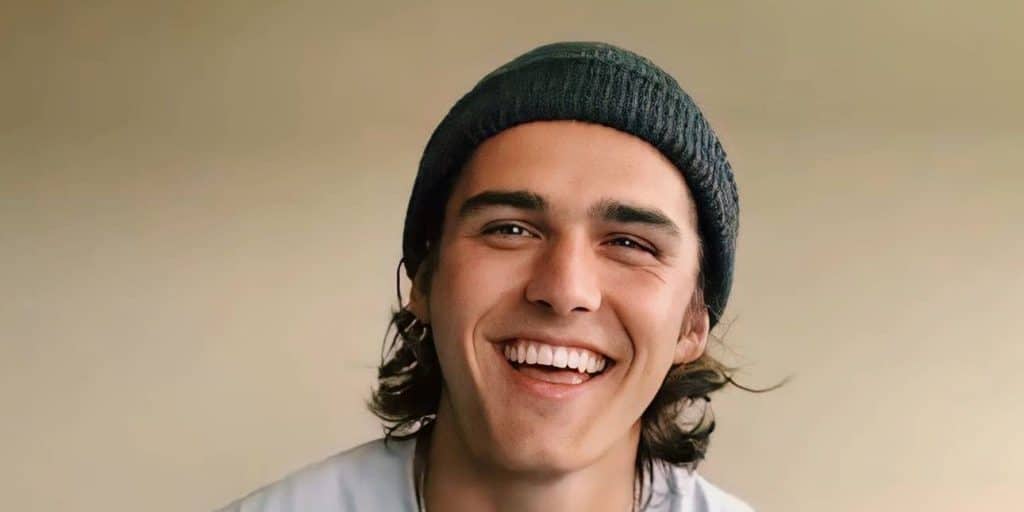 How old is Charlie Gillespie from Julie and the Phantoms? Age, Bio

Who is Charlie Gillespie?

Charles Jeffrey ‘Charlie’ Gillespie was born in Dieppe, New Brunswick, Canada, on 26 August 1998 – his zodiac sign is Virgo, and he holds Canadian nationality. He’s an actor and a musician with 17 acting credits to his name, while he’s probably known best for his portrayal of the main character Luke Patterson, in the family comedy series “Julie and the Phantoms”; it was created by Dan Cross and David Hoge, and also stars Madison Reyes and Owen Joyner. The series follows members of the band The Phantoms who have been dead for 25 years, and are now helping the teenage girl Julie become a popular musician; it’s been airing since 2020, and has won three of the 13 awards for which it’s been nominated.

Charlie was raised in Dieppe alongside his younger sister and three older brothers, by their mother Jeanette Gillespie, and their father who prefers to stay away from media; nothing else is known about Charlie’s family, as he respects their privacy.

He became interested in music at a very early age, and it was his mother who encouraged him, as well as his siblings, to learn to play various instruments, and to sing. It was when Charlie was cast by his elementary school teacher to appear in a school play that he learned that his passion actually lies in acting, and he thus focused on honing his acting skills. Charlie was 16 years old when he launched his career, making his debut film appearance with his portrayal of Tiger in the 2014 family sports drama “The Outlaw League”, which tells the story of a group of children who want to become professional baseball players.

Charlie didn’t appear in any other movies or TV series until he matriculated in 2016, as his parents urged him to focus on his education; he then didn’t enroll at college, but focused on acting.

In 2017, Charlie played Oliver in two episodes of the romantic drama “Degrassi: Next Class”, and he also portrayed Marcus in the episode “Oh Brother! Why Art Thou Here?” of the romantic family drama “The Next Step”.

The following year saw him star as Brody Johnson in all the six episodes of the drama “2nd Generation”, which also starred Ticoon Kim and Hailey Kittle; it’s a coming-of-age story, which focuses on topics such as love, friendship, racism, secrets and morals, and the series won two of the 13 awards for which it was nominated.

Also in 2018, Charlie appeared in the episodes “Pilot” and “Let This Mother Out” of the fantasy mystery drama “Charmed”, then in 2019 he appeared in the pilot of the mystery crime drama “I Am the Night”.

His only other role in a TV series was his portrayal of Pierre-François Létourneau-Robichaud, in the 2019 crime drama mini-series “Conséquences”, which follows the brother and sister Nadia and Pierre-François and their best friend Michel, while their friendship changes after Nadia is raped and refuses to talk about it.

In 2018, Charlie was cast to play Lucas, in the short romantic musical “Naomi Sequira: Pastries”, and the same year saw him play Andrew Aronoff, in the action crime drama “Speed Kills”; it was directed by Jodi Scurfield, starred John Travolta, Katheryn Winnick and Jennifer Esposito, and follows the life of the multi-millionaire Ben Aronoff, who now has problems with drug lords, as well as with the law.

In 2019, Charlie played Boyfriend in the music video “Madison Park: Better w/o You”, and the following year saw him portray D-Rat Ronnie, in the popular thriller drama “Runt”, written and directed by William Coakley, and which starred Brianna Hildebrand, Cameron Boyce and Jason Patric. It follows several teenagers who are about to complete their high school education, and have become violent because they’ve been neglected by those who mean the most to them.

His most recent film role has been in the 2021 music video “Chevel Shepherd: Good Boy”, while he’s currently shooting for three upcoming drama movies – “The Class”, “Love You Anyway” and “Deltopia”.

Charlie worked as a production assistant on the 2019 short thriller movie “Nasty Habits”.

He has made a guest appearance in an episode of various talk-shows, including “Entertainment Tonight”, “Guess That” and “Overthinkers Society with Su Lee”.

In 2017, Charlie was nominated for two Joey Awards, one for Best Series Regular or Leading Actor in a TV Series, and the other for Best Ensemble in a TV Series (shared with colleagues), while both for his performance in “2nd Generation”.

Charlie’s quite secretive when it comes to sharing the details of his love life with his fans, and hasn’t spoken of any girls or boys whom he has perhaps dated; this is probably why there are various rumors circulating the internet, concerning his love life, and his sexual orientation.

There are also those who believe that he’s today in a relationship with a non-celebrity Canadian girl, but prefers to keep her away from the media’s attention, because of how the relationship could affect his popularity, and vice versa; none of these rumors have been confirmed.

As of October 2021, Charlie seems to be single, hasn’t married and doesn’t have children.

Charlie’s today an Instagram star, as he’s followed by more than 1.7 million people on the network; he seems to be enjoying the attention which he’s receiving, and has thus uploaded over 400 pictures onto his account, most of which have been taken during his everyday life.

He loves summer, because he likes playing beach sports with his friends, especially beach soccer.

Charlie’s a huge fan of all kinds of art, with his favorite being painting.

He’s physically quite active, and has a couple of training sessions at the gym each week, mostly because it’s important for his acting career to stay fit.

Charlie has his own favorite actors and actresses, some of whom are Al Pacino, Robert De Niro and Helena Bonham Carter – a couple of his favorite movies are the trilogy “The Godfather”, “Scent of a Woman” and “Fight Club”.