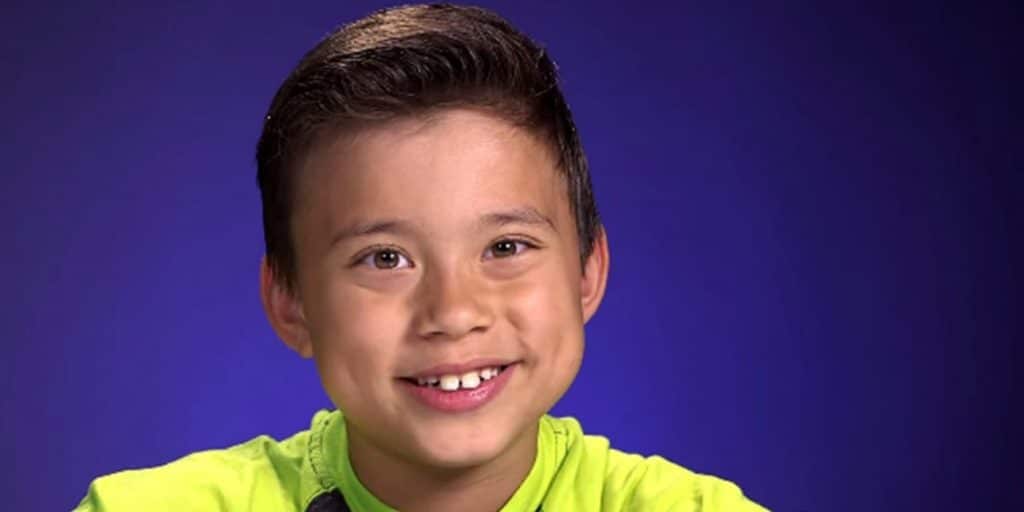 EvanTubeHD is an American YouTuber, who achieved stardom by making family-friendly videos such as reviewing toys, gadgets, and playing various video games such as Minecraft, Fortnite, and Among Us, with others.

Evan Moana was born on 6 December 2005 under the Sagittarius zodiac sign, in Pennsylvania, USA. He’s the son of Jared and Alisa Moana, who are both YouTubers, who run their own channel entitled The Tube Family, with around four million followers.

Evan is not the only child in the family as he has a sister Jillian, a YouTube star on her own, as she runs the channel JillianTubeHD, with more than 1.5 million subscribers.

EvanTubeHD was launched in 2011, a joint effort by Evan and Jared. The father-son duo never thought it would become so popular, but Evan is now a star alongside his entire family.

Evan started offering his fans new content, and in addition to reviewing toys and games, began making challenge videos, which only further increased his popularity. As he got older, Evan immersed himself fully into his YouTube career, and began implementing new ideas into his content, reviewing toys from Fortnite, Minecraft, and others. His popularity soared through the roof, and the young star now has more than seven million subscribers, and his videos have more than been viewed more than four billion times.

Some of his most popular videos include “World’s Largest Gummy Worm vs. Kid!”, which has been viewed around 145 million times, then “Pizza Challenge with Chef EvanTubeHD! Secret Recipe!”, with more than 80 million views, “Angry Birds Space SOFTEE DOUGH! + Epic Squash and Angry Fruits”, over 75 million times, and “Squishy Food vs Real Food Challenge 2!!! More JUMBO Squished”, with over 55 million views, in addition to many other videos that have only increased his popularity.

Evan has continued to make new videos to this day – the most recent is “Star Trek: Prodigy Challenge!!!”, uploaded in November 2021, and already viewed over 300,000 times.

Evan started his second YouTube channel, EvanTubeGaming, in 2013, which he’s made a gaming channel, uploading gameplay videos of such as Minecraft, Fortnite, Among Us, Skylanders Giants, Five Nights at Freddy’s, and many others. He uploaded the first video – “Let’s Play Skylanders Giants – Chapter 1 Time of the Giants with EvanTubeHD” – in 2013, and since then has amassed over 1.85 million subscribers, while his videos have attracted more than 500 million views in total.

Evan, at 15 years old, is more focused on playing video games and having fun with his friends and family.

In one of his recent videos, Evan has stated that he’s single, and isn’t looking for a girlfriend at the moment.

As of late 2021, EvanTubeHD’s net worth has been estimated to be already close to $13 million, earned through his successful career as a digital content creator.

This prominent YouTube star has dark brown hair and brown eyes. He stands at a height of 5ft 7ins (1.7m), while he weighs approximately 140lbs (63kgs). His vital statistics are currently unknown, though he has an athletic figure.

Evan spends a lot of time indoors, but is also active outside, hiking and running, as well as being an avid swimmer.

Music is one of his interests and has been taking drum lessons.

He loves to travel and has visited a number of countries, including Canada, Hong Kong and Mexico.

He’s interested in animations and cartoon designing, and will pursue one of these careers as he gets older. Evan is a huge fan of anime and his favorite anime series is “Naruto”.