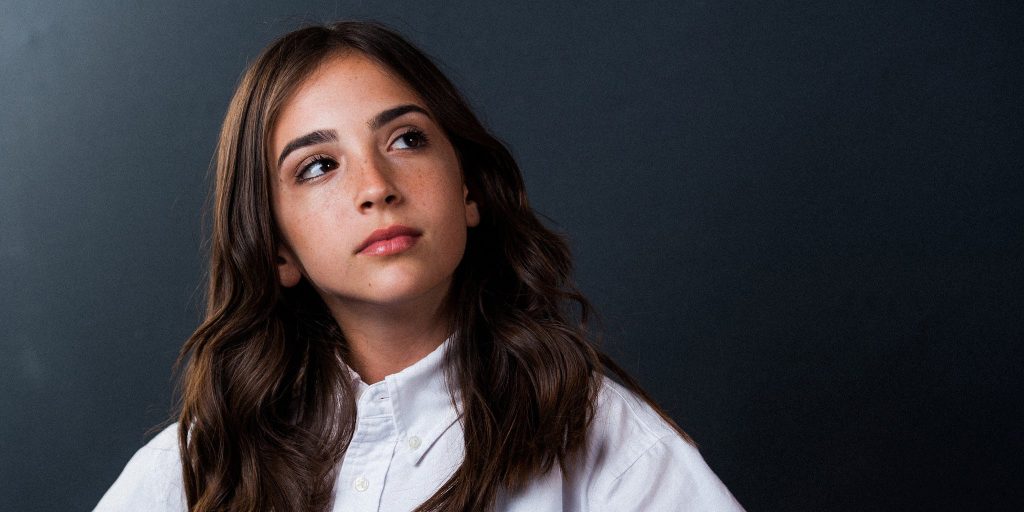 Who is Gabriela Bee?

Gabriela Bee was born under the zodiac sign of Libra on 9 September 2006, in Thornhill, Ontario, Canada; she holds Canadian nationality but her ethnicity is South American, as her father was born in Chile, and her mother is from Uruguay. Gabriela’s real name is Gabriela Umika Burgos, also known as Miss Monkey, and Miss Bee – she’s an Internet personality, a YouTube star and a singer, perhaps known best as a member of the famous Bee Family.

Gabriela was raised alongside her brother Roberto by their parents Andres and Rossana, in Thornhill, a small, peaceful suburban community in Canada.

Before they became famous, Andres was working in marketing and web development, and Rossana was a housewife. When Andres started uploading their family videos, at first on Vine, then eventually onto their channel on YouTube, he couldn’t have imagined how popular they would become; they use monikers such as Papa Bee (Andres), Mamma Bee (Rossana), Mr Bee (Roberto), and Miss Bee (Gabriela), which makes them ‘The Bee Family’.

Their “The Bee Family” channel was launched on 21 June 2013, and since then it’s attracted over 9.5 million subscribers, and more than 2.6 billion views of all of their videos combined, which mostly feature their everyday life, as to amuse and make people laugh. The Bee Family has accounts on Facebook, Twitter and Instagram, so fans can always be in touch with them.

Gabriela is still attending high school, and may continue her education to graduate, however, at present she is focused on her career as a singer. Her brother Robert is also talented in music, and has his own YouTube channel, but his wish is to become a video game creator.

Gabriela was for years recognized as one of the members of the Bee Family, however, she is a talented singer, and has been uploading her song videos for some years, and they have been viewed more than two million times each. The most recent was uploaded on 3 November 2019, onto her YouTube channel “Gabriela Bee”, for the song “Dancing By Myself”, and has more than 830,000 views, and over 28,000 likes.

It may be that Gabriela has realized that it’s time for her to grow up and separate from her family as a unique person, and not only to be a part of a group. She was previously uploading her songs onto her family’s channel, such as “Sound in Color” and “Something More”, plus covers she’s done which can also be seen on that channel.

On her own channel, Gabriela has almost two million subscribers, and all of her videos combined have more than 160 million views, so it seems that she’s attracting an army of her own fans.

On her Instagram account she has over 840,000 followers, and her Twitter account is followed by more than 11,000 people, Gabriela’s fans also can enjoy her virtual concerts on gabrielabee.veeps.com.Before the coronavirus pandemic, Gabriela had successfully done two live concerts, with her fans singing and dancing with her – the first one was on 31 August 2019 in Toronto, and the second on 27 June 2019 in Prague, Czech Republic; the tour was entitled “Walk Off The Earth”. Gabriela’s fans also can enjoy listening to her music on Spotify.com, on which she’s uploaded songs such as “Somebody New”, “Hoodie Song”, “New Love”, and many others.

Gabriela and her family have collaborated with hundreds of popular brands, such as Disney, Johnson and Johnson, Nike, Nintendo, and Nestle.

Being a celebrity can bring incidents that may hurt you, and Gabriela has experienced one of them which shows the negative side of being a celebrity person. In February 2021, she was a victim of online trolls who edited some of her pictures and shared them online. The pictures were inappropriate, and her father Andres put in so much effort to remove those pictures; her mother Rossana was extremely hurt with what had happened, and took a break from social media for a while, taking part in their videos only from behind the camera.

Gabriela and her brother Roberto were also inactive on their social media accounts for a few days, but when the pictures were removed from the Facebook page, everything returned to normal.

Gabriela is still a teenager, so perhaps has some high-school sweethearts, however, she hasn’t spoken about any, and there is no information about her love life, relationships or dating.

Gabriela is a multitalented girl, as she’s into acting, singing and plays the bass guitar, the ukulele, and the piano; her ambition is to become a leading musical artist.

She likes to watch movies, particularly romantic comedies such as “10 Things I Hate About You”, “Never Been Kissed” and “The Perfect Date”. Her favorite actors are Joseph Gordon-Levitt and Heath Ledger, and when it comes to her favorite animated movie, it’s “Ratatouille”.

In her spare time, she likes to listen to music, and her favorite singer is Khalid. She also likes to play video games, such as “Fortnite” with her brother.

Gabriela is into sports, and likes basketball, swimming, skiing and skateboarding.

Thanks to her career, and her family’s success on Vine (now defunct) and YouTube, she’s visited a couple of US states and some European countries; so far her favorite place is Miami in Florida, but her dream travel destination is Rome, Italy.