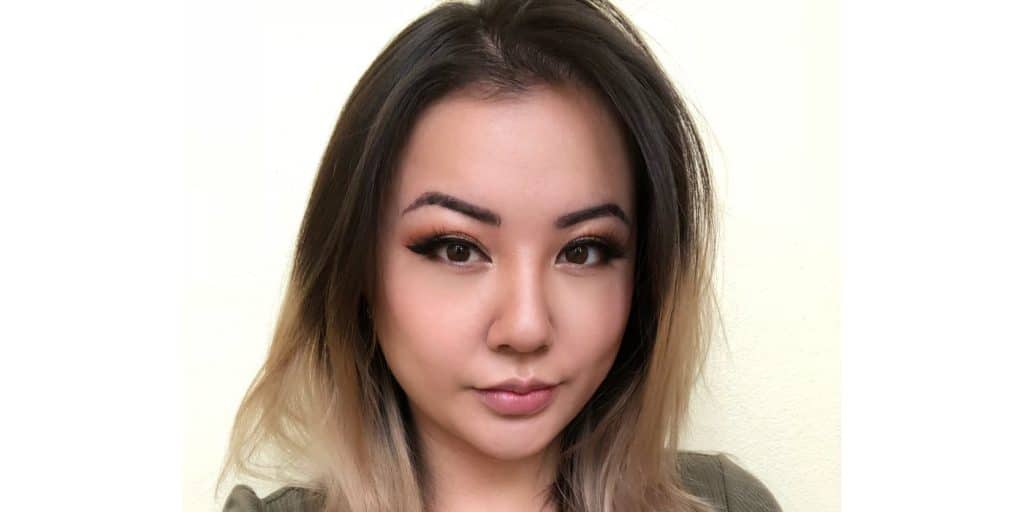 Who is Gina Darling?

Gina Darling was born on 25 July 1989 under the zodiac sign of Leo, in San Jose, California USA. She is a 32-year-old actress, model, video gamer, and YouTuber, who gained fame through making appearances in the reality show “Roll Models”. She is also known for running her official self-titled YouTube channel, and streaming on her official Twitch channel.

How rich is she, as of now? Gina Darling Net Worth

As of late 2021, Gina Darling’s net worth is estimated at over $500,000, acquired through her successful career on social media, which includes video monetization as well as creating sponsored posts and brand endorsements. She has also increased her fortune through other projects.

Gina Darling spent her early years in her hometown of San Jose, where she was raised by her parents; however, their names and professions aren’t revealed to the public. Her parents divorced and later remarried to other people; she has half-brother and a half-sister from her mother’s next marriage, and several from her father’s next marriage. She holds American nationality, and belongs to a mixed ethnic group, as she’s of Vietnamese, Chinese and Russian ancestry. Gina hasn’t shared any details regarding her education.

Gina Darling launched her official YouTube channel under the name ‘ExSuperVillain’ on 6 September 2008, later changing the name to ‘Gina Darling’. Her career began when she uploaded her debut video, entitled “Hi, Everyone!”, in October 2012, then continued on to create content for her channel, starting by uploading gaming videos and later began filming vlogs, Q&As, challenges, beauty videos, and others. So far, she’s amassed more than 260,000 subscribers, while her videos have been viewed nearly 18 million times.

Some of her most popular videos include “THINGS VIETNAMESE PARENTS DO! ft LeendaDProductions & LittleAsianMan”, “Boyfriend Does My Makeup Tag Feat. David So Comedy”, and “TOKYO: FLYING WITH DAVID”, among many others.

Besides that, Gina Darling featured in a series of videos on the YouTube channel JustKiddingFilms, which was co-founded by Bart Kwan. She also made appearances in videos of David’s channel called ‘DavidSoComedy’, and also appeared in various gaming channels.

Further Success as a Twitch Streamer

Side by side with running her channel on YouTube, Gina Darling joined the world’s leading live streaming platform for gamers called Twitch, on which you can find her under the username ‘MissGinaDarling’, and started streaming various video games.

By streaming several times a week and being highly interactive, Gina quickly built an audience on her platform. To date, she’s garnered nearly 40,000 followers, eventually becoming a full-time streamer, including such videos games as “Resident Evil Village”, “League Of Legends”, “Counter-Strike”, “Apex Legends”, “Overwatch”, “PUBG: BATTLEGROUNDS”, and “Gartic Phone”, to name a few. She eventually expanded her content, and started streaming videos in the category of ‘Just Chatting’, in which she communicates with her fans.

Apart from being active on YouTube and Twitch, Gina Darling is active across many of the most popular social media sites, all of which she uses to promote her videos, streams, and other projects.

Since 2019, Gina Darling has been a co-host of the podcast “Big Mood”, alongside Jessica Michelle, Tiffany Del Real and Nikki Limo.

It is an all-girl podcast in which they talk about various topics, including love, sex, life, and other topics. Their YouTube channel dedicated to the podcast has amassed over 135,000 subscribers and 13 million views. The girls also host another podcast entitled “Hey B*tch!”. Some of their most popular videos on the channel include “Our Worst Sex Stories – Ep 2 – Hey B*tch! Podcast”, “Size or Stamina: What Counts More?! – Ep 4 – Hey B*tch!”, and “Get To Know Us! – Ep 1 – Hey B*tch! Podcast”, to name a few.

To speak further about her career, Gina is known as a model; she started her career as a fashion editorial model when she was around 17 years old, and worked for four years, then later as a go-go dancer.

In 2013, she was cast in the reality TV show “Roll Models”, in which she shared the screen with such stars as Nikita Esco, Scarlet Chan and Melyssa Grace, among others. Most recently, Gina started working as a host for the gaming network G4TV.

Gina Darling was romantically involved with social media star Read Choi from December 2020 to March 2021. Following their split, she uploaded a series of videos in which she explained that he wasn’t the person everyone through he was, and accused him of sleeping with more than 100 people; he later apologized to her. Her current relationship status is unknown, however, it’s believed that she’s single at the moment and focused on her professional career. Her residence is in Alhambra, California.

Gina is an avid animal lover. She has a pet dog named Tofu and a pet snake named Pixel. Her favorite animal is jellyfish.

She is a space geek.