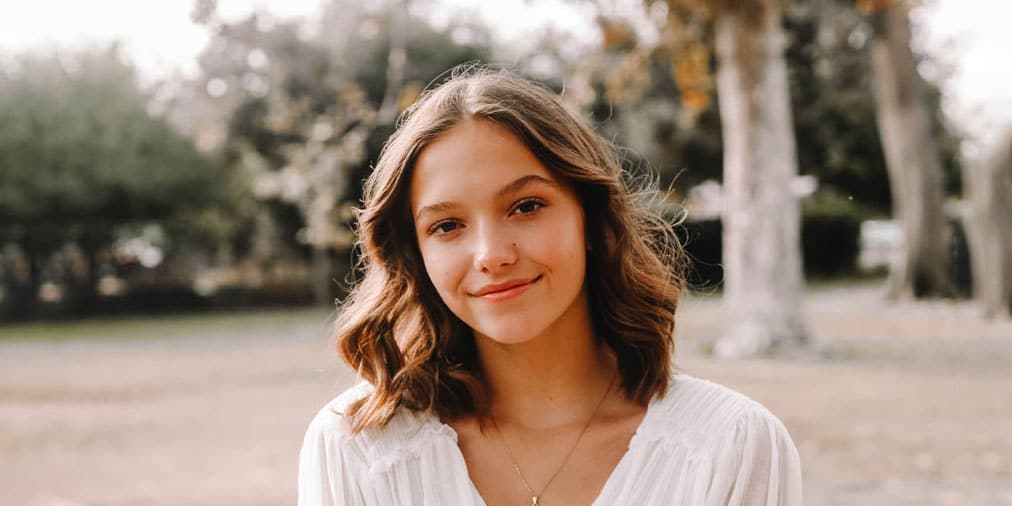 Who is Jayden Bartels?

Jayden Bartels was born in Los Angeles, California USA, on 1 November 2004 – her zodiac sign is Scorpio, and she holds American nationality. She’s a YouTuber, social media star, singer and an actress, who’s perhaps known best for her YouTube channel, which she launched on 14 July 2015; it’s today subscribed to by nearly a million people, and numbers close to 100 million views of all her videos combined. Jayden is mostly focused on uploading videos which feature her dancing and singing.

Jayden was raised in Los Angeles alongside her two older brothers, by their father who’s a computer repairman, and their mother who’s a yoga instructor.

She became interested in playing soccer upon enrolling at a private elementary school, joining the school’s team, and eventually becoming its captain. When she told her parents that she wanted to make videos and start uploading them, they weren’t about to let their young daughter be dragged into the world of social media. They eventually changed their mind, and even started helping Jayden in video production; at one point, she was creating 12 videos a day.

Jayden is currently being homeschooled, as she finds it impossible to simultaneously attend classes and be active on the internet.

Jayden is mostly popular on YouTube for her original songs, but also for her sense of humor, and for sharing the details of her everyday life with her fans. We’re going to mention three of her most popular videos, which have helped her attract many subscribers.

Her #1 video “New You || Jayden Bartels” has been watched over 2.5 million times since 23 September 2018, and is Jayden’s original song, written and produced by David Kidd.

Her second most popular video “Meghan Trainor – NO – Jayden Bartels – Music Video Cover” has been watched over 2.5 million times since 11 May 2016, and it features her covering the song “NO” by Meghan Trainor.

Jayden’s third most popular video “Can’t Help Me Now || Jayden Bartels” has been viewed more than two million times since 22 July 2018, and is her first original song.

Jayden is an Instagram star, as she’s today followed by more than three million people on the network, while she’s uploaded over 3,000 pictures, the majority taken during her everyday life, and thus reveal a lot about Jayden.

She likes to travel, and has already visited several US states, while she’s hoping that she’ll soon be able to visit her dream travel destination – Paris in France. She’s interested in photography, and a few pictures taken by her can be found uploaded onto her Instagram account.

Jayden launched her Twitter account in May 2015, and has since attracted close to 150,000 followers, while she’s tweeted more than 2,000 times, mostly to announce the upload of her new YouTube videos, as well as to talk about her everyday life.

She has a Facebook page as well, today followed by close to 500,000 people, while Jayden tends to update it at least once a week.

She’s also a TikTok star, having amassed close to 10 million followers on the network, and over 1.6 billion likes of all her videos combined, the majority featuring her dancing and singing.

Jayden made her debut TV series appearance in 2015, with her portrayal of Taylor in two episodes of the comedy “Clique Wars”; she was then invited to make a guest appearance in an episode or two of several popular series, such as the comedy “It’s Always Sunny in Philadelphia”, the family comedy “Nicky, Ricky, Dicky & Dawn” and the mystery crime drama “Criminal Minds: Beyond Borders”.

The year 2017 saw her play Sarah Penu in the episode “A Night Witch You’ll Always Remember” of the reality comedy “Walk the Prank”, and she gained recognition in 2019, when cast to star in the family comedy mini-series “Expert Attempters”.

Jayden is currently starring in the comedy “Side Hustle”, created by David Malkoff, and which also stars Jules LeBlanc and Isaiah Crews; the series has been airing since 2020, and follows the best friends Presley and Lex.

The same year saw her star as Esme in the short fantasy comedy “When Pigs Fly”, and in 2018, Jayden was cast to play the lead character Avery, in the popular family comedy drama “To the Beat!” Directed by Jillian Clare, it also starred Laura Krystine and Brisa Lalich, and follows several girls who are competing to win an online dance contest.

Jayden’s two most recent film roles have been in the 2019 family comedy “Grand-Daddy Day Care” and the 2020 family comedy drama “To the Beat!: Back 2 School”.

Jayden has made a guest appearance in various talk-shows, including “Teens Wanna Know”, “Annie vs Hayley” and “Nickelodeon’s Unfiltered”.

Jayden prefers to keep the details of her love life to herself, but there are still two boys whom she has dated, that the public knows about. In 2017, Jayden dated Connor Finnerty, a popular American dancer, actor and model, who has appeared in close to 10 movies and TV series, and is also known for his YouTube channel, which is today subscribed to by close to 100,000 people. Jayden and Connor dated for only a couple of months.

In 2018, Jayden started dating Armani Jackson, a popular American actor who has appeared in more than 10 movies and TV series, while he’s probably known best for his portrayal of the lead character Joey, in the 2021 family comedy movie “Chad”.

The two featured each other in many of their YouTube videos and Instagram pictures, but broke-up in 2020 for unknown reasons.

As of November 2021, Jayden appears to be single.

Jayden enjoys doing cosplay and dressing up for costume parties; she likes to attend Halloween parties the most, and many of her costumes can be seen featured in her Instagram pictures.

She likes to go shopping for clothes, and does it multiple times every week, which makes her a bit of a shopaholic.

Jayden is physically quite active, and believes it’s important for her career on the internet to stay fit; she mostly works out at home, and does exercises which have been recommended to her by her personal trainer.

Her favorite season is summer, as she enjoys sun tanning at the beach and going yachting.

Late at night, Jayden likes to watch movies starring her favorite actor and actress, Ryan Gosling and Amanda Seyfried, such as “La La Land”, “The Notebook” and “Crazy, Stupid, Love”.

As of November 2021, her net worth has been estimated at already over $1 million.