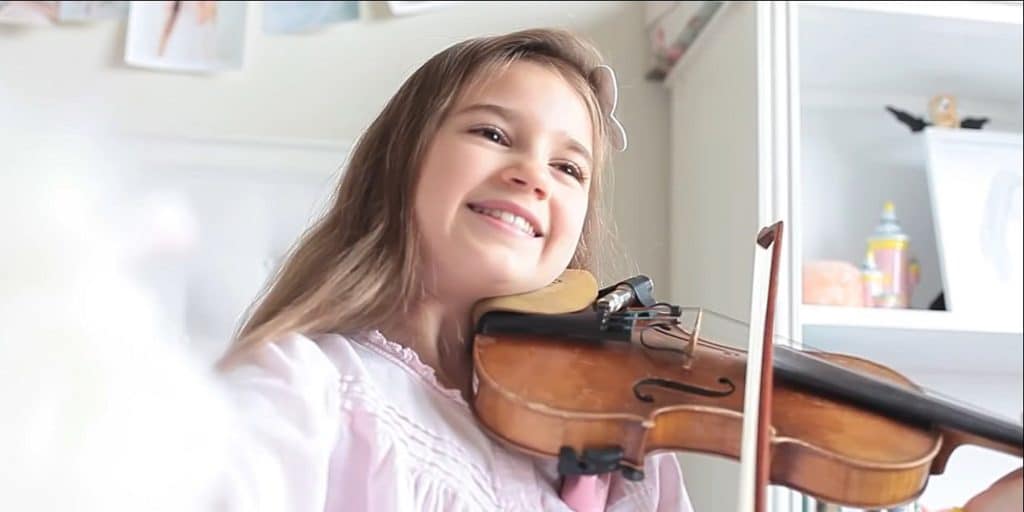 How old is Karolina Protsenko? Age, Parents, Net Worth, Wiki

Who is Karolina Protsenko?

Karolina Protsenko was born in Ukraine, on 3 October 2008 – her zodiac sign is Libra, and she holds Ukrainian nationality. She’s a violinist, YouTuber and a social media star, who’s probably known best for her main YouTube channel “Karolina Protsenko Violin”, which her parents launched for her on 3 September 2018; it’s today subscribed to by more than six million people, and numbers close to a billion views of all her videos combined . Nearly all of Karolina’s videos feature her playing the violin, and most feature her playing at her favorite place: 3rd Street in Santa Monica, California USA, where she’s today living with her family.

Karolina is being raised in Santa Monica alongside her younger brother Leo Protsenko, who was born in 2018, and second brother Niki who was born in 2021; their mother Ella is a pianist, while their father Nikolay is a guitarist.

Karolina’s parents can be heard performing with her in many of her YouTube videos, and are also managing her YouTube channels and other social media accounts.

Karolina spent the first eight years of her life in Ukraine, and was six years old when she started learning to play the violin; she initially practiced on several instruments, but it was the violin that she enjoyed the most. Encouraged by her parents, it took her a couple of years to master the instrument, when she then started performing at school events, and eventually at national events; today, Karolina needs only an hour to learn to play nearly any tune on her violin.

It was in 2017 that she moved to Santa Monica with her parents; Karolina is still attending an elementary school, and should be enrolling at high school in 2022.

Karolina is mostly popular on YouTube for her violin covers of some of the most popular songs of today, but also for being highly sociable, as she often talks to the people watching her perform in the streets. We’re going to mention three of her most popular videos, which have helped her attract many subscribers.

Her #1 video “Dance Monkey – Tones and I – Street Performance – Violin Cover” has been watched more than 50 million times since 29 May 2020, and features her playing the popular song “Dance Monkey” by Tones and I, in the street, invariably in front of a large crowd.

Her second most watched video “Dance Monkey – Tones and I – Karolina Protsenko – Violin Cover” has been viewed close to 50 million times since 18 November 2019, and features her playing the same song as mentioned above, just a year earlier.

Karolina’s third most popular YouTube video “Señorita – Shawn Mendes, Camila Cabello – Violin Cover by Karolina Protsenko” has been watched more than 40 million times since 5 August 2019, and features her playing the song “Senorita” by Shawn Mendes and Camila Cabello, again in her favorite street.

Karolina has four YouTube channels, with the above mentioned being the most popular amongst these. Her second most popular channel – “Karolina Protsenko” – was launched on 8 December 2016, and is today subscribed to by close to a million people, while it numbers over 80 million views of all her videos combined. She uploads similar content onto this channel as onto her main, however, not so many of her street performances can be found on itl.

We’re going to mention three of the channel’s most popular videos:

Her #1 video “Despacito – Karolina Protsenko – Violin Cover” has been watched over 15 million times since 2 August 2018, and features her covering the popular song “Despacito” by Luis Fonsi and Daddy Yankee.

Her second most popular video “PERFECT – Ed Sheeran – Violin Cover by Karolina Protsenko” has been watched over 12 million times since 28 June 2018, and features her playing “Perfect” by Ed Sheeran.

Karolina’s third most popular video “Moana (How Far I’ll Go) – Karolina Protsenko – Violin Cover At The Ocean” has been viewed more than six million times since 2 April 2019, and features her playing the song “How Far I’ll Go” from the animated action adventure film “Moana”.

Karolina launched her third YouTube channel on 28 March 2019, and has since amassed close to 250,000 subscribers, and over 30 million views of all her videos combined. The channel is filled with videos which feature the Protsenko family together during their everyday lives – three of this channel’s most watched videos are:

#1 “Dance Monkey – Tones and I – Karolina Protsenko (feat. Barvina) – Cover Version” has been viewed over two million times since 14 August 2020, and features Karolina playing the violin, and her friend Barvina singing the song “Dance Monkey” by Tones and I.

#2 “New baby brother of Karolina Protsenko” has been watched over two million times since 17 March 2021, and features Karolina holding her baby brother Niki.

The channel’s third most popular video “Newborn baby brother of Karolina Protsenko” has been viewed close to two million times since 14 May 2021, and is very similar to the above mentioned video.

Karolina’s fourth YouTube channel “Karolina Protsenko Voice” was launched on 2 November 2020, and is today subscribed to by close to 200,000 people, and numbers close to 20 million views of all her videos combined. Most of the channel’s videos feature Karolina playing the violin and singing, and the most popular three amongst these are:

#1 video “Memories – Maroon 5 – Karolina Protsenko (feat. Barvina)” has been viewed over three million times since 30 November 2020, and features Karolina and her friend Barvina singing the song “Memories” by Maroon 5.

Her second most popular video “Hallelujah – Mommy Daughter Duet – Karolina Protsenko – Violin Cover” has been watched over three million times since 16 December 2020, and features Karolina and her mother singing the song “Hallelujah”.

Her third most popular video “Shallow – Daddy Daughter Duet – Lady Gaga & Bradley Cooper (from A Star Is Born)” has been watched over a million times since 2 November 2020, and features Karolina and her father singing the song “Shallow” by Lady Gaga and Bradley Cooper.

Karolina is an Instagram star, and is today followed by close to a million people, while she’s uploaded nearly 1,000 pictures and videos onto the network, most featuring her spending time with her family, and playing the violin.

She launched her Twitter account in September 2019, and has since tweeted only close to 100 times, while she’s still followed by nearly 2,000 people; most of Karolina’s tweets are about her upcoming YouTube videos.

She’s a Facebook star, as her page is today followed by close to 10 million people, while she also uses it to promote her YouTube videos; her most recent update was on 23 November 2021.

Karolina has a TikTok account as well, which is today followed by close to 15,000 people, and numbers over 30,000 likes of all her videos combined; most of these feature her spending time with her family.

Karolina enjoys spending her spare time with her family, especially with her brothers; she usually takes care of them while her parents are working.

She likes being in nature, and her Instagram account is filled with pictures which show her hiking up her favorite hill with her parents.

Her favorite Hollywood actor and actress are Eddie Redmayne and Emma Watson, while a couple of her favorite movies are “Fantastic Beasts and Where to Find Them”, the franchise “Harry Potter” and “Beauty and the Beast”.

Karolina’s favorite season is summer, as she loves being at the beach, playing beach soccer with her friends, and going swimming in the ocean.

As of November 2021, her net worth has been estimated at already over $4 million.