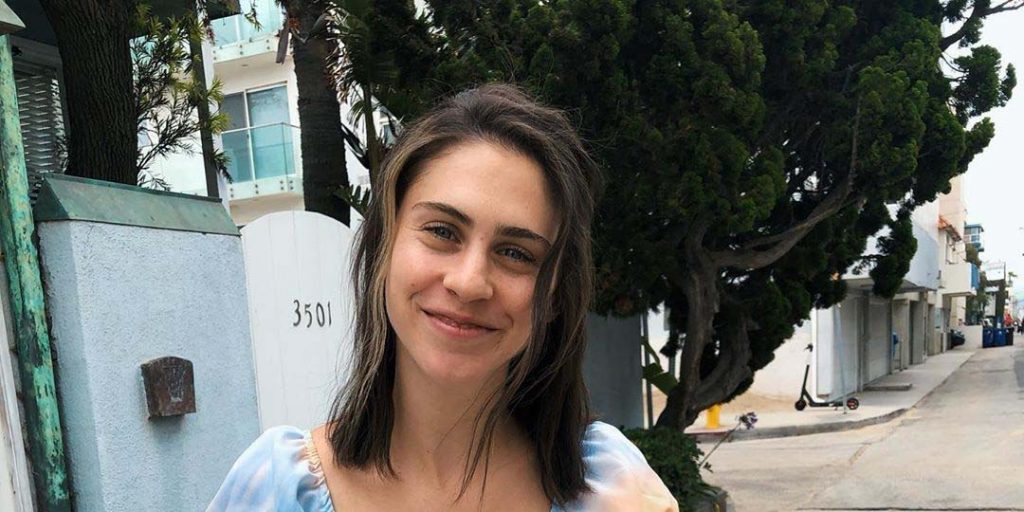 Who is Kelsey Kreppel?

Kelsey Kreppel is an American YouTuber and social media star, who achieved stardom by uploading videos that depict her daily life; she’s already amassed hundreds of thousands of followers on her official YouTube channel. She’s also known as the girlfriend of the famous Canadian YouTuber Cody Ko.

How Old Is Kelsey Kreppel? Childhood, Parents, and Education

Kelsey Kreppel was born on 24 September 1993 under the Libra zodiac sign, in Los Angeles, California USA. She’s the daughter of Neil Louis and his wife Lauren Lang Kreppel, and spent her childhood in her hometown, alongside her older brother Kevin.

She matriculated from a local high school in 2011, after which she studied to obtain a degree of a pre-school teacher.

Kelsey worked with children at a local kindergarten as a pre-school teacher for two years, before she launched her online career. As the YouTube community expanded, Kelsey tried herself as a digital content creator, as she was always interested in show business and the entertainment world.

Although Kelsey opened her channel in 2014, her first video wasn’t uploaded until December 2017, entitled “Thanks for Having Me”, which features her in a car and talking to her fans.

She continued making more videos, such as “Christmas is Back!!!”, and “Winter Wonderland”, which attracted more people to her channel. Her boyfriend, Cody Ko, began appearing in her videos too, including the “Boyfriend Makeup Tutorial”, “Oscars 2018 Fashion Review”, and ultimately “Boyfriend Makeover”, which garnered a lot of attention, with more than 1.2 million views as of late-2021.

In addition to funny videos that showcase her daily life, Kelsey began a series of videos intended for young girls and women, entitled “Girl Talk”.

As she was becoming more popular, Kelsey started making videos incorporating new ideas, such as “Kelsey in the Kitchen”, “Dinner with Kelsey”, among others.

Since launching her channel in 2014, Kelsey has amassed over 900,000 subscribers, and her videos have been viewed more than 68 million times. Some of her most popular videos include “Met Gala 2019 Fashion Review”, which has just under three million views, then “Turning Noah Centineo’s Tweets into Mad Libs”, with over 2.2 million views, and “Grammys 2020 Fashion Review”, which has been viewed around 1.8 times, in addition to numerous other videos that have contributed to her wealth.

Kelsey has turned her daily life into a career, as she shares a lot of personal details with her fans. She’s been in a relationship with YouTuber Cody Ko since 2017, and they’ve been living together since a few months into their romance They haven’t talked about their plans for the future, and for now, are enjoying the moment. The two have also collaborated on videos.

As of mid- 2021, Kelsey Krepper’s net worth has been estimated to be around $250,000, earned through her successful career as a digital content creator.

Kelsey is rather physically active, and has a few gym sessions over the week, which helps her maintain her perfect form. She loves spending her free time outside with her boyfriend in a park nearby their house, organizing a picnic, and enjoying their time together.

Moreover, the two are avid explorers, visiting new areas almost daily. Her favorite places are beaches as she loves spending time in the sun.

Kelsey is an avid animal lover and has a pet dog, which he often features in her Instagram posts.

Born Cody Michael Kolodziejzyk on 22 November 1990 under the Sagittarius zodiac sign, in Calgary, Alberta, Canada to Helen Kolodziejzyk, a housewife, and a father Greg, a Canadian cyclist known for setting a few records on recumbent bikes, Cody grew up in his hometown next to his sister, Krista, and became interested in computers and video games while in high school.

After matriculation, Cody enrolled at Duke University, and got his Bachelor’s degree in computer science in 2012.

Cody initially worked in software development. His first creation was the “I’d Cap That” application for iPhone, which allows the users to add captions to photos. He began working for Fullscreen, an American entertainment company as a senior iOS developer. During this time, he launched his Vine profile, and began uploading short videos. He became more popular, but Vine was shut down and he needed a new media outlet, and so started his YouTube career.

Cody Ko’s net worth has been estimated to be around $4 million, as of late-2021, earned largely through his successful career as a digital content creator.