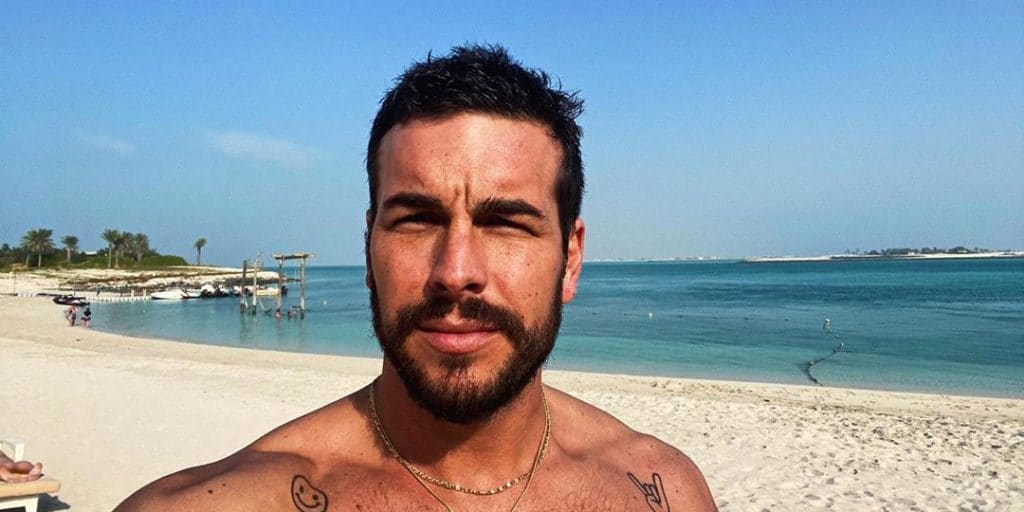 Who is Mario Casas?

Mario Casas is a Spanish award-winning actor, probably still best known to the world as  Aitor Carrasco in the TV series “Los Hombres de Paco” (2007-2010), and as H. in the film “3 Metros Sobre El Cielo” (2010), in addition to a number of other prominent roles.

How Old is Mario Casas? Childhood and Education

Mario Casas Sierra was born on 12 June 1986 under the Gemini zodiac sign, in A Coruna, Galicia, Spain, which makes him 35 years old. The oldest of five siblings, his parents, Heidi and Ramon were just 17 and 19 years old when they had him. His father worked as a carpenter providing for the family, while his mother was a stay-at-home mother, raising him and his siblings.

The family moved to Barcelona when Mario was four years old, and throughout his childhood he played various sports such as soccer, but also loved to sing and dance. He turned to acting eventually, and enrolled at the Christina Rota School of Dramatic Arts.

Mario began his career in his youth by appearing in several commercials such as for Cola Cao, Scalextric, and Telepizza, among others, while he made his official acting debut in 2005 when he was 19 years old, with the role of Nico in the soap opera “Obsesion”, and in 2006 he joined the cast of the TV series “SMS, Sin Miedo a Sonar”.

In 2007, Mario was cast as Aitor Carrasco in the Antena 3 series “Los Hombres de Paco”, in the English language spoken areas credited as “Paco’s Men”, which launched him to international prominence. He appeared in 78 episodes until 2010, and guest-starred in the reboot of the award-winning series in 2021.

Mario appeared in several films in the second half of the 2000s, including “Sex, Party & Lies” and “Brain Drain”, both in 2009, while in 2010 he starred in the critically acclaimed romantic action-drama film “Three Steps Above Heaven”, originally entitled “Tres Metros Sobre El Cielo”, based on the novel of the same name by Federico Moccia, and co-starring Maria Valverde. Two years later, he reprised the role in the sequel “I Want You”, or “Tengo Ganas De Ti”, while from 2011 to 2013 he played Ulises Garmendia in the TV mystery drama series “El Barco”.

The next project on which he worked was the film “The Mule” (2013), and then on the comedy action-adventure film “Witching & Bitching”, originally entitled “Las Brujas de Zugarramurdi”, while in 2014 he starred in the film “Eden”, actually his first film in the English language. The following year, Mario co-starred with Antonio Banderas and Juliette Binoche in the biopic “Los 33”, about 33 miners trapped underground for 69 days at the San Jose copper-gold mine, located in the Atacama Desert, Chile.

Mario continued his career in stunning fashion; first, he starred in the award-winning romantic drama film “Palmeras En La Nieve”, or “Palm Trees in the Snow” in 2015, alongside Adriana Ugarte and Macarena Garcia, then in 2016 co-starred in the mystery crime-drama film “Contratiempo” with Ana Wagener and Jose Coronado. Moreover, in 2017, Mario starred in the horror-thriller film “El Bar”, and in 2018 portrayed Francesc Boix, a Spaniard inmate in the Nazi concentration camp of Mauthausen in Austria, entitled “El Fotografo de Mauthausen”. The next year, he joined the cast of the TV series “Instituto”, and starred as Juan in the awarded action crime film “Adios”, next to Natalia de Molina and Ruth Diaz.

Despite the pandemic and the limited production that it caused, Mario has found his place in several projects in 2020 and 2021. He began with the lead role in the thriller drama film “Hogar”, then starred in the thriller film “No Mataras” or “Cross the Line”, which won him several awards, including the Best Movie Actor from Fotogramas de Plata. In 2021, Mario has worked on the TV mini-series “The Innocent”, and is currently filming for the sci-fi horror film “A Ciegas”, scheduled for release in 2022.

As of late 2021, Mario Casas’s net worth has been estimated to be around $4 million, earned through his acting career, appearing in more than 50 film and TV titles so far.

Mario is known for having been in a few high-profile celebrity relationships since entering the entertainment world. From 2009 to 2014, he dated Spanish actress Maria Valverde, while from 2014 to 2016 he dated Berta Vazquez, and in 2018 began dating actress Blanca Suarez, with whom he’d already worked on several TV series and films, including “El Barco” and “Mi Gran Noche”. Unfortunately, their romance died out in 2019, when he started a romantic relationship with Deborah Francois, but the current news is that he is now dating model Desire Cordero.

The prominent actor has dark brown hair and brown eyes. He stands at a height of 5ft 11ins (1.8m), while he weighs approximately 165lbs (75kgs). His vital statistics are currently unknown, but he has an athletic figure.

Mario is rather close with his family, and considers his father his role model and his mother and siblings as confidants.

Although he hasn’t pursued a professional career in sports, he is still pretty active, playing soccer occasionally with his friends, and spending a lot of time in the gym. Another one of Mario’s interests is ping-pong.

He retains his adventurous nature, and loves exploring a new area, taking pictures on his travels, and experimenting with photography as one of his hobbies.

He is a social media star with millions of fans on Instagram, on which he uploads news about his career, but also details from his personal life.