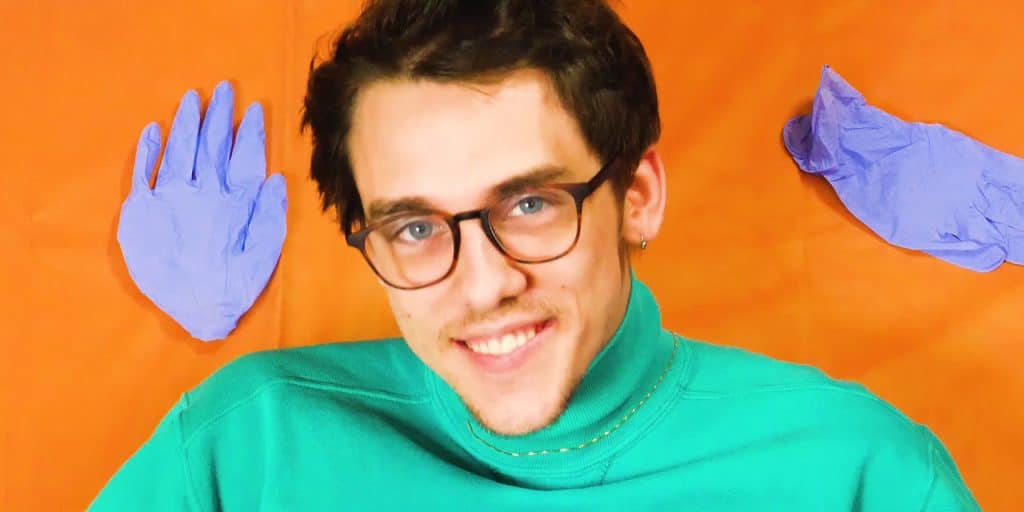 Who is Matt Watson?

Matthew Harris Watson, born on 5th February 1996, in Charleston, South Carolina, USA, is an online content creator, comedian, and director, who has carefully cultivated his booming social media image since 2015. Matt is 6ft 2ins (1.88m) tall, but his weight is unknown.

Matt’s parents, Ann and Dale Watson, worked as a schoolteacher and an architectural illustrator respectively. The younger of two siblings, Matt enjoyed a tranquil childhood along with his older sister Samantha Elizabeth Watson.

Discovering his interest in the creative world at a young age, Matt tapped into the video website YouTube in its early days, and used the platform to upload comedy videos of himself and his friends.

Throughout his adolescence, he continued to upload original content such as music videos, animations, and comedy sketches.

Matriculating from Charleston County School of The Arts in 2014, Matt went on to attend the University of South Carolina in the hopes of graduating with a business degree. However, he dropped out in his freshman year, and made the risky decision of moving to Los Angeles to work in video editing and comedy.

Matt had created his first YouTube channel, Formatt24, in 2008, along with his cousin Forest. For two years, the youngsters used the channel to upload their comedy sketches, then four years later, Matt used a new channel, Kids w/ Problems, to upload his latest comedy sketches, the success of which led to his collaboration with Cyandago, a music and comedy sketch channel.

Following his move to Los Angeles in summer 2015, Matt earned a living by editing videos for YouTuber Markiplier. Departing from the Kids w/ Problems channel, Matt became an official member of Cyandago in August 2015, however, the untimely death of member Daniel Kyre led to the group disbanding just one month later, and Matt returned to Kids w/ Problems alongside his roommate and co-host Ryan Magee.

In April 2016, Ryan and Matt launched their own variety comedy channel, SuperMega, and moved to Glendale together, where they lived in an apartment and worked on SuperMega’s foundations. The comedians also launched “SuperMegaCast”, an hour-long comedy podcast on which they bantered and cracked jokes together.

In summer 2016, Matt and Ryan joined Game Grumps, and helped produce and edit the channel’s videos as well as making occasional cameos. In their free time, the duo built on SuperMega, and collaborated with Ian Hecox, Finn Wolfhard and other content creators.

However, in May 2019 the pair decided to leave Game Grumps and only focus on SuperMega. That summer, one of their videos went viral thanks to the infamous Storm Area 51 event memes. Capitalizing on the success of their videos, Matt and Ryan expanded their brand with improvised comedy show “SuperMega LIVE!”. The show was a hit with fans, and Matt and Ryan performed at the 2019 Just for Laughs comedy festival.

Despite making history on Patreon after launching a page for SuperMega, and amassing over 5,000 patrons on the first day, Matt and Ryan never got lazy, insisting on providing their followers with quality comedy content.

Thanks to their hard work and dedication, SuperMega was eventually given the opportunity to collaborate with Martins Motorsports, and become the primary sponsor of the #44 Chevrolet Camaro.

The twosome show no signs of stopping, either – in late 2021, Matt and Ryan plan to publish and release the comedy book “SuperMega Saves The Troops”. Currently, the SuperMega YouTube channel is set to hit one million followers by the end of 2021.

Music isn’t the first thing that comes to mind when Matt’s being discussed, but since 2014, the comedian has released several comedic singles and music videos. In quarantine during the coronavirus pandemic, he decided to produce “Ouch!”, his first non-comedy EP.

Providing the instruments, vocals, production and mixing, Matt displayed all his musical talents.

Loyal SuperMega fans made “Ouch!” a trending topic on Twitter upon the EP’s release in September 2020, competing with global rapper Big Sean’s album “Detroit 2”. The project has six tracks: “Jello”, “Come Over”, “Nokia”, “Margie”, “Feel This Way”, and “Sleep Tight”. After an eleven-month hiatus, Matt released his latest single “Bored” in August 2021; the video was directed and produced with the help of Tucker Prescott.

In an interview with EUPHORIA in the same year, Matt discussed his love for music, saying: “When I was in middle school, I would make these really sh*tty songs. And some would say I’m still doing that. But I wanted to make music just as much as I wanted to make comedy stuff. After growing with the comedy stuff, it was like an itch I had to scratch”.

Citing some of his musical influences as Tyler, The Creator and electronic indie artist Negative Gemini, Matt bared his soul and revealed that as an artist, his biggest fear was his friends and inspirations reacting negatively to his work. “Bored” touched these feelings in its heartfelt lyrics.

The general public knows very little about Matt outside of his comedy sketches, with some erroneous sources claiming that the musician and director tied the knot with plus-size beauty and lifestyle vlogger Louise Pentland in 2010, before divorcing four years later.

Despite rumors regarding his sexuality, Matt has previously been linked to his close friend Annabel, a Twitch streamer and content creator. Nevertheless, Matt is such a private individual in that aspect that we won’t know who he’s with until he’s ready to share the news with us.

As for children, Matt has none, and hasn’t mentioned any aspirations in that direction.

Reliable sources place Matt’s net worth in the $1 million ballpark, thanks to a number of factors, including his SuperMega YouTube channel which has garnered millions of views, likes and comments over the years. In monthly Patreon subscriptions, Matt and Ryan are also earning well over $40,000, which contributes greatly to the net worth of both. Lastly, the popular SuperMegaMart, home of all SuperMega merch, is another of the duo’s successful business ventures.