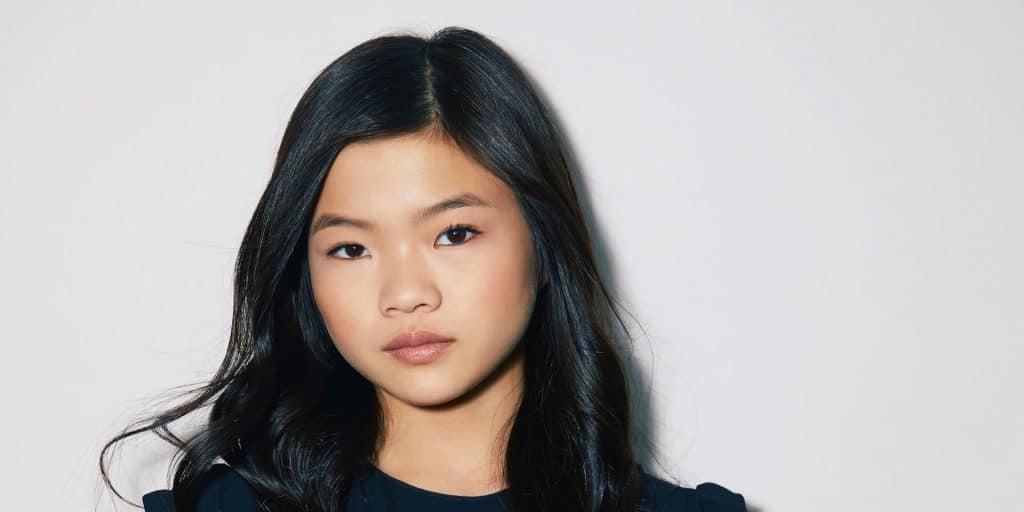 Who is Miya Cech?

Miya Cech is a teen actress and model, who rose to fame with her roles in “The Darkest Minds”, “Are You Afraid of the Dark?”, and “Always Be My Maybe”. She was born under the Zodiac sign Pisces on 4 March 2007, in Tokyo, Japan. As of 2021, she is 14 years old and holds Japanese and American nationality.

She has been raised by her American adoptive parents ER. Cech and G.Cech in Northern California alongside three siblings Emi Marie, Kai Marie, and Nikko J, who are also adopted. Her older sister, Kai Marie, followed in Miya’s footsteps and launched an acting career as well, so far appearing in “So Close”, Rickard Lovely”, and “Marvelous and the Black Hole”.

While some children like to keep this type of personal information away from the public eye, Miya is far from that mindset. In her opinion, the fact that she was adopted allows her to use her voice and social platforms to support the adoption community, and reach out to other adopted children. In an interview, she disclosed: “I want adoption to be normalised, some kids need help and homes and families and that is super important for me. Everyone deserves to be loved and have a family and I want to be able to share that and represent that and you know inspire other families to adopt and that’s why it’s big for me.”

She launched her career as a model at the age of four through her parents, featuring in various ads and on catwalks.

In an interview, she talked about the experience of having started a career at such a young age, Miya saying: ”My parents sacrificed a lot over the years, including just driving me everywhere. For school, though, we have teachers on set in both the modeling world and the acting world. “

She made her TV debut at the age of eight in 2015, appearing in an episode of the action crime series “Hawaii Five 0”. During the same year, Miya guest-starred in the comedy series “The Thundermans” and crime drama series “Hand of God”.

In 2018 Miya joined the cast as Suzme – “Zu” – in the dystopian superhero film “The Darkest Minds” starring Amandla Stenberg and Harris Dickinson. While many had high expectations considering the popularity of superhero movies in general, it appeared that those expectations weren’t met, as the film opened to an overwhelmingly negative reception and reviews, with criticism aimed at the generic, derivative, and predictable plot. Additionally, it poorly performed at the box office, grossing only $41 million against the $35 million production budget. Despite the movie’s negative reception, Miya’s convincing performance as Zu did not go unnoticed, and she finally started attracting recognition and exposure.

She made several appearances in 2019, including in the series “Arrow”, the short movie “Viva La Revolucion”, and the comedy romance movie “Always Be My Baby”. She additionally landed the recurring role as Akiko Yamato in the adventure drama series “Are You Afraid of the Dark”, opposite Malia Baker and Bryce Gheisar.

During the same year, she booked the role as Zhen Zhen in the sci-fi adventure movie “Rim of the World”. Even though the movie garnered generally negative reviews, upon premiering it was rated as the most-watched film on the SVOD service in the UK.

In 2020 she was cast in the lead role as “Samantha Sammy” in the space adventure series “Astronauts”, again sharing the screen with Bryce Gheisar.

In an interview, she expressed her excitement over playing Sammy in a series related to space, saying:  “I’ve been really into space ever since I was a little girl, well even younger than I am now, and I’ve kept up with just about every launch that has happened in my 13 years.”

Miya also revealed that the whole crew had the pleasure of talking to the astronaut Chris Cassidy, to prepare for their roles and challenges while filming, she said: ” Chris Cassidy went to the international space station and we got to ask him questions that would help us in the show. We also did movement training; ee had a choreographer and we played this game where we’d push off of each other but we’d have to make it look like we were in zero gravity.”

Despite the positive reviews the series has garnered, it appears that Nickelodeon will not be renewing the show for another season.

She landed another lead role in 2021, in the coming-of-age drama movie “Marvelous and the Black Hole”, opposite Rhea Perlman. Working with Rhea was a one-of-time experience for Maya, and she has nothing but words of praise.

Additionally, working with the director Kate Tsang gave her insight into the works and process of directing, she said: “I’ve only worked with a couple of Asian-American directors, and because I want to be a director someday, getting to see that and putting myself in their shoes was amazing. It was a really fun project to work on all together.”

She recently partnered with Zigazoo, the fun and social platform for kids, and was featured as a celebrity guest reader of the children’s book entitled “The Eyes that Kiss in the Corners”.

Given her young age, it’s too early to talk about any romantic interests.

Her current height is 4ft 6ins (149cm), while her weight is around 78lbs (35kgs). Her natural hair is dark brown, further adorned with brown eyes.

Miya is an active supporter of the Asian-American Girl Club, the fashion and lifestyle brand which aims to redefine the modern Asian-American Woman through normalization and unity. For Miya, it’s highly important to be a part of the club as she aspires to be a role model for Asian American girls, she further explained: “I’m using my voice to inspire people, I’m using my voice to be other people’s voice and reach the hearts of people.

What is her Net worth?

Her current net worth is estimated at around $300,000, earned during her career as an actress and model. Given her success in various roles, it’s believed that her wealth will continue to grow.

She is very active on her social media accounts, which are managed by her parents. Her Instagram account has over 400,000 followers, while her Twitter account has nearly 10,000 fans. Miya also uses TikTok, on which she has over 100,000 followers with two million likes.