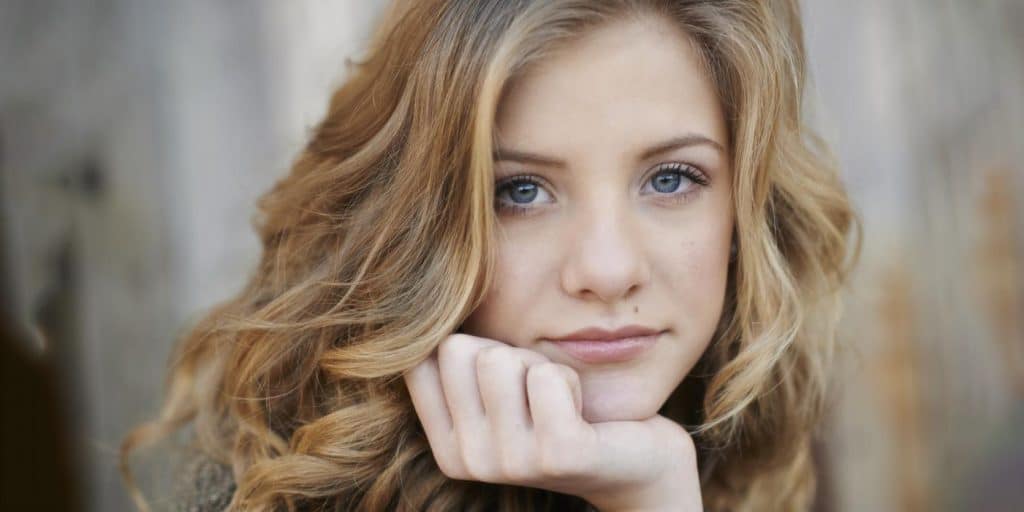 Who is Paige Hyland?

Paige Hyland is an American TV personality and social media star, best known to the world for her appearance in the reality TV show “Dance Moms” (2011-2014) among other accomplishments during her career in show business.

How Old is Paige Hyland? Childhood, and Education

Paige Mackenzie Hyland was born on 1 November 2000 under the Scorpio zodiac sign, in Murrysville, Pennsylvania USA, which makes her 21 years old. She is the youngest of three children born to Randy Hyland and his wife Kelly, having an older sister Brooke, and an older brother Josh.

She attended Franklin Regional High School, the same school her older siblings went to, and after matriculation in 2018 enrolled at West Virginia University, and is currently a student there.

Paige’s mother Kelly, signed Brooke, Paige, and herself to the dance competition show “Dance Moms” in 2011. The trio were stars of the first season, featuring in the popular show with other stars including Abby Lee Miller until 2014, when it all fell apart. Paige wasn’t that good of a dancer for which she received serious critiques from Abby Lee Miller, and Paige’s mother often fought with Abby about it.

It all escalated in the episode “Big Trouble in the Big Apple”, when Kelly and Abby had a physical altercation, and all three Hyland girls were removed from the show. Paige still attained international fame, and on account of their popularity on “Dance Moms”, Paige and Brooke launched a YouTube channel.

The two sisters uploaded the first video “Paige’s real YouTube” in 2014. Paige continued making videos, sharing details from her personal life including her “Nighttime Routine”, which is now one of her most viewed videos.

She was active on YouTube for a couple of years, after which she focused on her education and other media outlets. Currently, she has over 720,000 subscribers, and her videos have been viewed more than 56 million times. Some of the most popular in addition to “Nighttime Routine”, include “Paige Hyland’s Winter Morning Routine”, which has been viewed more than five million times, then “Smoothie Challenge with Paige & Chloe”, with just under five million views, “My Morning Routine”, with over 3.5 million views, and “My Night Time Routine”, which has been viewed 2.5 million times, among numerous others that have only increased her popularity.

Paige has become a social media star, as she has around 3.4 million followers on her official Instagram page, using her online popularity to launch her modeling career, and has collaborated with a number of fashion apparel and other brands. Additionally to Instagram, she is also popular on TikTok, on which she has more than a million followers, and her funny, interesting, dance videos have received more than 18 million likes.

Since entering show business, Paige has shared many details from her personal life. Back in 2015, she introduced her boyfriend to the world – his name was Nick Kelley, and the two were together until 2019.

A few months after their romance ended, Paige started a romantic relationship with model and social media star Jayvon Thrift, who also aspires to become a professional football player. The two met on West Virginia University campus and have been together since 2019.

As of late 2021, Paige Hyland’s net worth has been estimated to be around $2 million, earned through her successful career as a model, social media star, and TV personality.

Her modeling career has been built on her enthusiasm for fitness. Paige is rather active, and visits the gym several times a week. Moreover, she follows a strict diet, rich in proteins, and adds supplements to it, which has only improved her physique.

She enjoys showcasing her perfect body wearing bikinis, and always taking pictures of herself when she is on the beach and near the water. Moreover, she loves playing various sports such as beach volleyball.

She made a couple of friends on “Dance Moms”, and Chloe Lukasiak has been her friend ever since the two met on the show.

She eventually sued Abby Lee Miller, saying that Abby threw a chair at her during one of the episodes in 2014, and that she had to put up with Abby’s constant abusive remarks and insults, which caused her emotional distress. Unfortunately, her lawsuit was overthrown as no evidence of these allegations was found.

Since leaving “Dance Moms”, Paige has continued to dance, but only for herself and her fans that have remained true to her.

In her free time, she relaxes by going on shopping sprees and by watching such films as “One Day”, “Titanic”, and “Les Miserables”, among others.