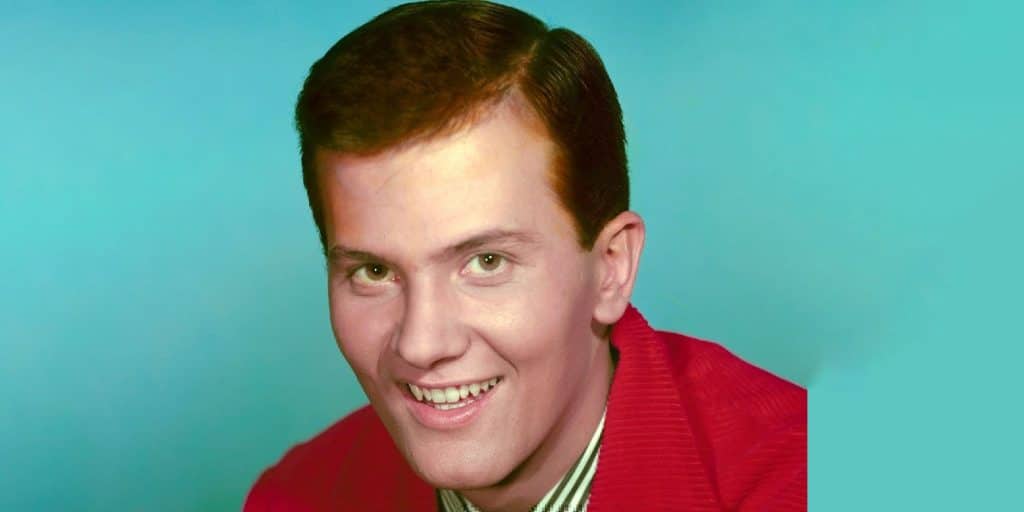 How old is Pat Boone? Is he still alive? Net Worth, Wife, Daughters

Who is Pat Boone?

Patrick Charles Eugene ‘Pat’ Boone was born in Jacksonville, Florida USA, on 1 June 1934 – his zodiac sign is Gemini, and he holds American nationality. He’s an actor, singer, composer and a motivational speaker, who has appeared in close to 40 movies and TV series, and is perhaps still known best for his portrayal of the lead character Alec McEwan, in the 1959 adventure family fantasy movie “Journey to the Center of the Earth”. It was directed by Henry Levin, also starred James Mason and Arlene Dahl, and follows a college professor and his colleagues, who are trying to reach the center of Earth through an inactive volcano in Iceland; the movie won one of the nine awards for which it was nominated, including three Oscar nominations.

Pat was raised in Nashville, Tennessee as his family moved there two years after he was born. His brother Nick Todd is a former pop singer who was popular in the ‘50s, and the boys were raised by their father Archie Altman Boone, and their mother Margaret Virginia (nee Pritchard).

Pat was initially a street performer, and was mostly focused on playing in Centennial Park in Nashville in the ‘50s. In 1955, he released a cover of the song “Ain’t That a Shame” by Fats Domino, which became a huge hit, and the following year saw him cover “I Almost Lost My Mind” by Ivory Joe Hunter, which was also a huge hit. A couple of his other popular songs were covers “Tutti Frutti” originally by Little Richard, “I’ll Be Home” by the Flamingos, and “At My Front Door (Crazy Little Mama)” by The El Dorados. Pat was propounded by producers as a white, clean-living counter to the numerous black singers who became popular by embracing rock ‘n’ roll in the ‘50s

Pat was less popular in the ‘60s, but still continued to make music; he became a gospel and country singer in the ‘70s, and released two gospel albums “The Family Who Prays” and “The Pat Boone Family”.

In the 2008 Universal fire, a lot of Pat’s music material was destroyed.

In 1962, Pat was cast to play the lead character Wayne Frake, in the popular romantic musical drama “State Fair”, directed by Jose Ferrer, and which also starred Bobby Darin and Pamela Tiffin. It follows the Frake family who are competing at Texas State Fair, while the children Wayne and Margy have found themselves new love interests there; the movie won one of the three awards for which it was nominated.

A couple of Pat’s other notable performances in the ‘60s were in the 1964 comedy “Never Put It in Writing”, the 1965 biographical historical drama “The Greatest Story Ever Told”, and the 1967 comedy “The Perils of Pauline”.

In 1970, Pat starred as David Wilkerson in the biographical crime drama “The Cross and the Switchblade”, written and directed by Don Murray, and which also starred Erik Estrada and Jacqueline Giroux. It follows the lives of the gang member Nicki Cruz and Pastor David Wilkerson.

Pat’s following movie role came 24 years later, when he was cast to voice Shepherd in the 1994 short animated drama “Simon the Lamb”, and in 1996, he appeared in the short films “’Weird Al’ Yankovic: Gump” and “Bad Hair Day: The Videos”.

He once again took a break from appearing in movies, and returned in 2010, with a role in the drama “The Rooneys”.

In 2016, Pat portrayed Walter Wesley in the drama “God’s Not Dead 2”, directed by Harold Cronk, and which starred Melissa Joan Hart, Jesse Metcalfe and David A. R. White. The movie follows a high school teacher who has just been asked a question about Jesus by a student, and it won three of the six awards for which it was nominated.

Three of Pat’s most recent movie roles have been in the 2016 family western drama “Miracle in the Valley”, the 2017 family drama “A Cowgirl’s Story” and the 2020 short drama “Jimmy’s Story”; he’s currently shooting for the upcoming drama “The Mulligan”.

Pat made his debut TV series appearance in the 1969 episode “Collard Greens An’ Fatback” of the family comedy “The Beverly Hillbillies”, and the following a couple of years saw him appear in an episode of various series, including the comedy “That Girl”, the fantasy horror drama “Night Gallery” and the drama “Owen Marshall, Counselor at Law”.

Pat appeared in only two TV series in the ’80s: the action adventure comedy “The Fall Guy” and the mystery comedy drama “Moonlighting”.

The ‘90s then saw him appear in an episode of three TV series: the comedy “Dave’s World”, the family drama “Second Noah”, and the comedy “Frasier”.

His most recent role in a TV series has been his portrayal of Ken Smith, in the 2002 episode “The Enemy Within” of the popular family comedy drama “7th Heaven”. It was created by Brenda Hampton, starred Stephen Collins, Catherine Hicks and Jessica Biel, and follows the lives of the minister Eric Camden, his wife and their seven children; the series aired from 1996 to 2007, and won 24 of the 82 awards for which it was nominated, including a Primetime Emmy nomination.

Pat received special thanks for the 2003 crime movie “Levity”.

Don’t miss "The Pat Boone Hour" on SiriusXM '50s Gold. I'll be playing some of your favorite songs and sharing stories…

He composed the music for the 2008 documentary film “For My Country”, and the 2012 short animated comedy movie “This Land Is Mine”.

Pat has five producing credits. His debut was the 1986 short film “No Alibis”, while his following three films were the 2001 “Pat Boone’s American Glory”, the 2006 “Thank You Billy Graham”, and the 2010 “Love Letters in the Sands of Time”. Most recently, in 2016 he was the associate producer of the movie “Miracle in the Valley”.

He can be seen featured in numerous documentaries, most recently in the 2009 film “Hugh Hefner: Playboy, Activist and Rebel”, the 2010 movie “Paper Promises”, and the 2013 short film “Tiny Giant”.

Pat has made a guest appearance in numerous talk-shows, such as “Marcus & Joni”, “Tavis Smiley”, and “The Jim Bakker Show”.

Pat has won two of the five Golden Laurel Awards for which he has been nominated: he won the first in 1958, for Top New Male Personality, and the second in 1959, for Top Male Musical Performance, for “Mardi Gras”.

He received two stars on the Hollywood Walk of Fame on 8 February 1960, for Television and Recording.

Pat married the American actress and film director Shirley Foley on 7 November 1953, when they were both only 19 years old. Shirley was the daughter of the late American musician Clyde Julian ‘Red’ Foley and the late American country music singer Eva Alaine Overstake, perhaps known better as Judy Martin.

Shirley gave birth to her and Pat’s four daughters, named Cheryl ‘Cherry’ Lynn, Laura ‘Laury’ Gene, Deborah ‘Debby’ Ann, and Linda ‘Lindy’ Lee; the four girls formed the pop group The Boones back in the ‘70s, and were quite popular.

Pat and Shirley’s marriage of 66 years ended only when Shirley passed away on 11 January 2019.

Pat hasn’t mentioned any other women whom he has perhaps been with, and as of November 2021, he’s a widower, was married to Shirley Boone, and has four daughters.

Pat has been religious since his teenage years, and has been a member of various churches, including the Church of Christ, the Inglewood Church of Christ and The Church On The Way. He was once somewhat addicted to alcohol, and has stated that it was religion that helped him become sober.

He’s into politics, and in the 1964 US presidential election Pat voted for Barry Goldwater.

After Barack Obama became the President of the United States of America in 2008, Pat supported the erroneous conspiracy theories which claimed that he speaks Arabic, was born in Kenya, and doesn’t celebrate any Christian holidays because he’s Muslim.

Pat’s a huge fan of basketball, and once owned the Oakland Oaks who competed in American Basketball Association (ABA); they won the ABA Championship in 1969. The team was eventually sold because of financial issues.

Pat enjoys watching movies late at night, and his favorite actors and actresses are Mel Gibson, Julia Roberts and Anne Hathaway, while a couple of his favorite movies are “The Passion of The Christ”, “Ben-Hur” and “The Prince of Egypt”.

As of November 2021, his net worth has been estimated at over $50 million.