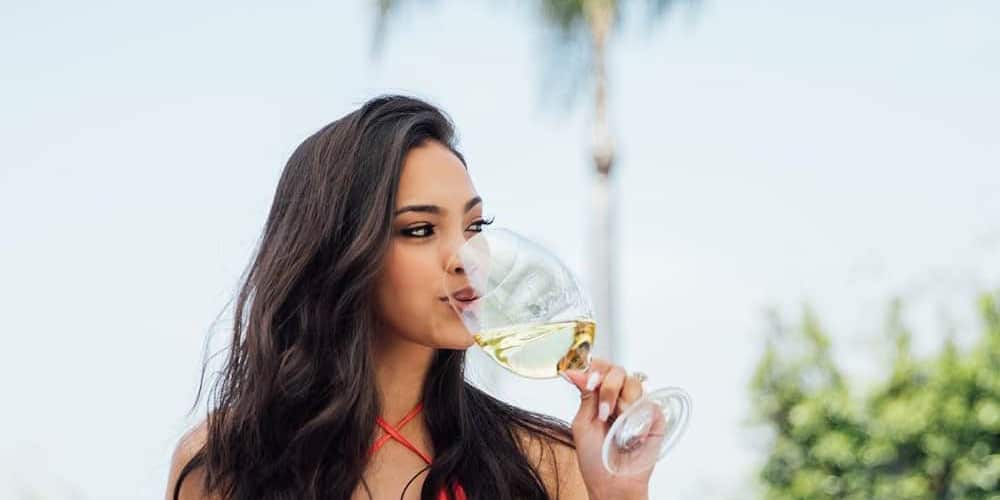 Bryiana Flores is a famous model, entrepreneur and designer, who caught the public’s attention in 2013 when she was named the Playmate of The Month by Playboy Magazine – she is also famously known for being the wife of the acclaimed actor, entrepreneur and skateboarder Rob Dyrdek.

Bryiana Noelle was born in Salinas, California, under the Cancer zodiac sign on 21 July 1991, which makes her 30 years old as of early 2022. She’s of mixed Filipino, Caucasian, Cherokee, and Spanish roots. When she was a child, Noelle narrowly escaped death as she was battling life-threatening aplastic anemia – her doctors recommended surgery for her to survive, but she luckily recovered before that was necessary.

She was brought up in Los Banos, California, and became interested in fashion and beauty at an early age. Bryiana has not given any insight regarding her educational background; she presumably attended a local high school, and would have matriculated in 2009. According to her, she was bullied by her classmates when she was in high school, and they had nicknamed her ‘skonka’ (Spanish word meaning ‘skank’) and she further revealed during an interview that ‘They used to laugh at me for having a dream. They told me it couldn’t be done, and when I broke that barrier, they tried to tell me I didn’t belong. So I decided that if I couldn’t join them, I’d beat them.’

Flores is a fitness fanatic, who goes for at least four training sessions at the gym each week – she’s also keen on her diet, and avoids junk or sugary food. She likes traveling both for leisure and work, and has toured many US states such as Utah, Arizona and Texas, as well as European destinations such as Greek beaches. Her favorite pets are rabbits and dogs; she has kept two bulldogs, Meaty and Bull, and also owns a Pomeranian dog. She is an outdoorsy person, and likes spending her spare time hiking and strolling in parks. Her favorite films are Disney’s “Despicable Me” and “Wreck It Ralph”, while her favorite entertainers are Matt Damon, Anne Hathaway and Leonardo DiCaprio.

Flores participated in her first pageant in 2008, and emerged the winner of the title Miss Teen Nation. She was passionate about her dream when she was growing up, and when her parents took notice, they encouraged her to relocate to Los Angeles, where she would find more pageants and competitions. She was lucky to be noticed by Playboy Magazine agents, and was offered a job, and thereafter appeared in their magazines in 2012 and 2013. She has ever since partnered with Playboy, and appears in most of their events, being constantly featured in their posters and calendars.

Noelle announced that she would be launching the project Iconic Beauty in early 2019 – intended to provide an avenue where women with confidence issues would meet, share ideas, and encourage one another. She was responsible for organizing meet-ups with any woman who was interested, and managed the project’s Instagram account, which had many motivational quotes.

Together with her friends Nora Gisela and Meraiah, Flores started another project, the Iconic Wine Beauties Womens’ Club – its members meet once every four weeks, and spend quality time together drinking wine.

The club was formed to act as an avenue where women would meet new friends, share their opinions, and support each other emotionally – she’s the project’s president.

Noelle is active on several social media platforms, and has populated her Instagram page with inspirational quotes to inspire and motivate her fans. She endorses a couple of brands on her page, which is followed by approximately 680,000 followers. She is also active on Twitter with close to 60,000 followers and also has around 650,000 Facebook fans.

Noelle met Rob in 2013 while she was posing for “Playboy”, and they started dating shortly after they were introduced.

Rob referred to her as ‘his soul mate’ from the first day they met – they went for a vacation to Disneyland, and while they were watching the “Aladdin” show, which was Flores’ favorite, he popped the question. They tied the knot on 19 September 2015, and thereafter went for their honeymoon on Caribbean Islands. They’ve welcomed two children together, a son and a daughter named Kodah Dash Dyrdek, born in 2016 and Nala Dyrdek in 2017) respectively – when the latter was born, she wrote on her social media that ‘My heart has never been more full than it is right now. @robdyrdek thank you for being the most amazing and supportive husband and best daddy in the whale world!

Calling it his "greatest stunt yet," MTV reality star Rob Dyrdek surprised his girlfriend Bryiana Noelle Flores with a…

Kodah, your sissy is lucky to have you as her big brother and I am so, so proud of you! Nala Ryan Dyrdek, welcome to our life. You are loved beyond measure and there will never be a moment in your life that goes by where you aren’t reminded of that.’ Flores is currently living together with her family in a stylish mansion located in Beverly Hills.

Entrepreneur Bryiana has made a name for herself and earned a modest fortune from her professional modeling career, reportedly worth approximately $3 million as of 2022 – according to sources, Bryiana earns a salary of at least $75,000 per year as a model.

On the other hand, her husband, Rob Dyrdek is authoritatively worth around $50 million. The duo are allegedly living a lavish life together, and are often seen in fancy five-star hotels and luxurious destinations – in 2016, they sold their home, which had been built on 3,500 square feet land situated in Hollywood Hills West for around $3.58 million.

Who Her Husband, Rob Dyrdek Is?

Robert Stanley Dyrdek was born in Kettering, Ohio, under the Cancer zodiac sign on 28 June 1974, to Patty and Eugene Dyrdek. He developed an interest in skateboarding while he was attending middle school, and received his first skateboard from the iconic professional skateboarder N. Blender, after he participated in a young skaters contest.

After he completed his studies, Rob relocated to Southern California, where he signed contracts with several firms such as Droors Clothing and DC Shoes, and was sponsored by these companies until 2016; he has also been sponsored by EA Skate, Silver Trucks, and Monster Energy. In 2010, he founded Street League Skateboarding, together with CJ Olivares and Brian Atlas, which is a competitive global series broadcast by ESPN. Rob has set over 20 world records, and is in the Guinness Book of World Records in the skateboarding category. Rob is 5ft 3ins (1.62m) tall and weighs approximately 134lbs (62kg), with vital statistics of 32-25-33. He has hazel eyes and dark brown hair.