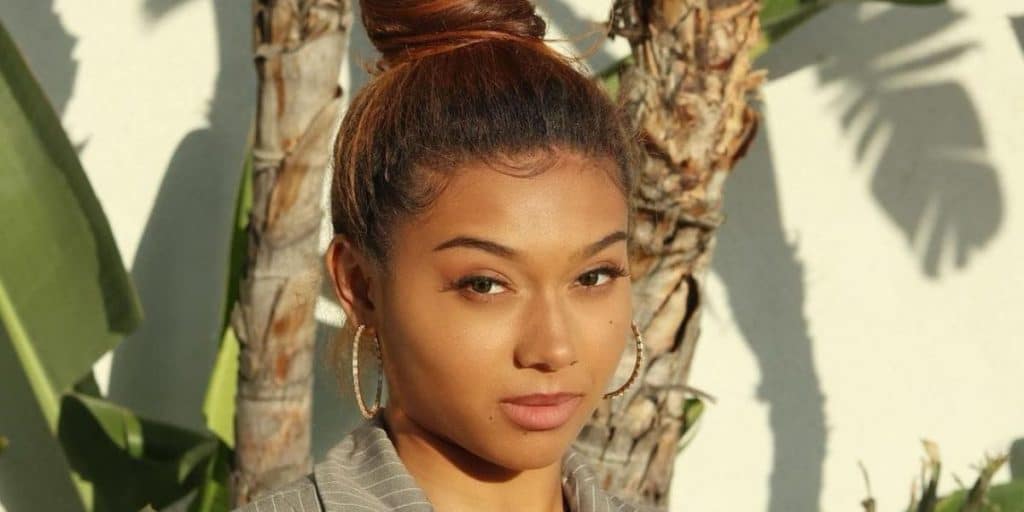 How old is Sierra Capri? Height, Boyfriend, Net Worth, Ethnicity

Who is Sierra Capri?

Sierra Capri is an American actress, probably best known to the world as Monse Finnie in the TV series “On My Block” (2018-2021), while she is also popular on social media platforms, including Instagram and TikTok.

How old is Sierra Capri? Childhood, Ethnicity, and Education

Sierra Capri was born on 8 September 1998 under the Virgo zodiac sign, in Baltimore, Maryland USA, which makes her 23 years old. Of African and Latin ancestry, Sierra was raised by a single mother Felicia Guyton, as her father left the family when she was still a child. Reports state that Sierra has three brothers, however, she hasn’t talked about her siblings.

She spent her childhood in Baltimore, before the family moved to Savannah, Georgia when she was 12 years old. Sierra entered a local high school where she exercised acting possibilities since she attained early interest in acting, but also dancing, singing, and creative writing; moreover, she was a part of the cheerleaders’ team.

Raised by a single mother who worked multiple jobs to support the family, Sierra made a promise to her that she would attend and finish college before making acting her No. 1 calling.

As a result, after matriculation Sierra enrolled at Armstrong University where she studied biology, and would like to pursue a career in forensics while continuing her acting efforts. When she got the role of Monse, Sierra left the university to focus on acting, but has since returned and is nearing graduation.

Sierra couldn’t wait for the completion of her studies, and started auditioning for roles. She was offered an uncredited extra part in the film “Hidden Figures” in 2016, followed by another uncredited appearance, this time in the film “Neighbors 2”.

This wasn’t enough for her and she wanted more, which resulted in numerous audition tapes sent to various addressees, and with a help of another actress on set, she received an invitation for the Netflix original series “On My Block”. She sent the tape without any expectations, but once she got feedback from casting directors, Sierra was left in awe. The next day, she FaceTimed with Lauren Iungerich, the creator of the series, who said that she would be perfect for the role of an Afro-Latina teenager and at the same time lead role, Monse Finnie.

The series premiered on 16 March 2018 to rave reviews, and young Sierra was praised for her efforts, though awards avoided her. However, she holds dear the experience on the set, and has said that she can relate to the main star of the series, as they both come from a diverse background and multicultural group.

The role of Monse Finnie isn’t her only credit, as Sierra portrayed Kai in the thriller drama film “American Skin” (2019), written and directed by Nate Parker, who also stars in the film alongside Omari Hardwick and Beau Knapp.

To speak further of her success, in 2019, Sierra featured in the re-creation of the historic photograph “A Great Day in Harlem”, originally done by Art Kane, and now organized by the Strong Black Lead division of Netflix.

When it comes to her personal life, Sierra has been rather secretive, and has let the mystery do its job. As a result, rumors have been circulating the internet about her romantic preferences, such as that she’s lesbian.

Conversely, she was rumored to be dating her co-star from “On My Block”, Diego Tinoco. However, Sierra is currently single, and more focused on her career and academics, rather than finding a love partner at the moment.

As of late 2021, Sierra Capri’s net worth has been estimated to be around $1 million, earned through her young, but already successful career as an actress. Although she’s made just two on-screen appearances, her portrayal of Monse Finnie has in large part contributed to her wealth.

The young actress is a star on social media networks too, especially TikTok on which she has over 12.5 million likes, while on Instagram, she has over two million followers.

Siera is a huge lover of tattoos, and has already inked her body with a couple, including a music note on her left wrist, and a Chinese letter on her neck.

Additional to acting, Sierra is a talented musician and dancer, though she hasn’t pursued these two talents professionally.

She is an avid animal lover, and has stated that her favorite animals are zebras and giraffes.

Siera loves spending time on the beaches and by the pool, showcasing her curves, but also likes playing beach volleyball and swimming. To speak more of her physical activities, she works out in the gym a few times a week, just enough for her to maintain a fit figure and good condition, needed for her acting career.