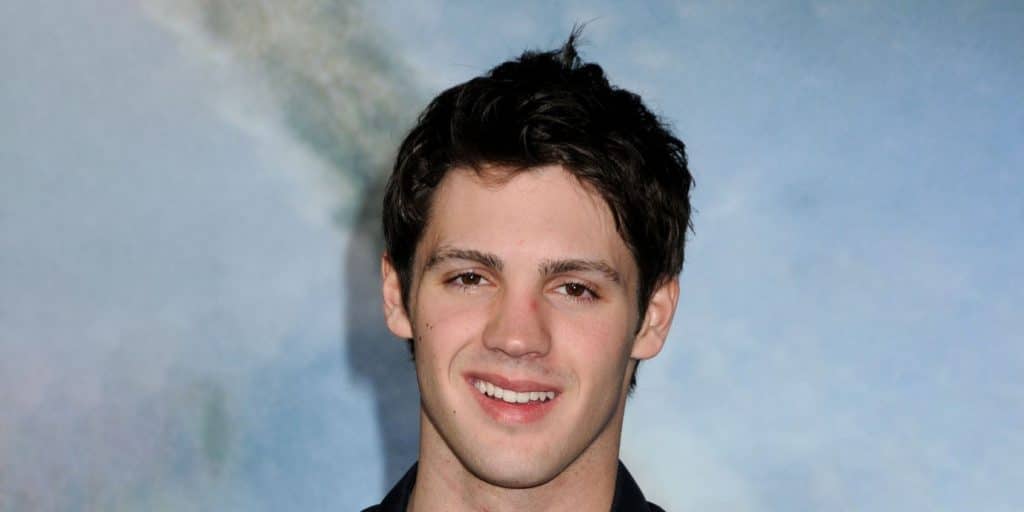 Who is Steven R. McQueen?

How rich is he, as of now? Steven R. McQueen Net Worth

As of mid-2021, Steven R. McQueen’s net worth is estimated at over $3 million, earned through his successful career in the entertainment industry.

He has worked on more than 15 television and film titles since he launched his career back in the mid-2000s.

Steven R. McQueen spent his early years in his hometown of Los Angeles, where he was raised by his father, Chad McQueen, a race car driver, martial artist, and former actor, and his mother, Stacey (née Toten), a former actress; he’s the grandson of famous actors Steve McQueen and Neile Adams. Following the divorce of his parents in 1990, he continued to live with his mother, who remarried to the retired professional ice hockey player Luc Robitaille – the ‘R’ in Steven’s stage name refers to his stepfather’s surname.

He has three half-siblings, a half-brother named Chase McQueen and a half-sister named Madison McQueen, from his father’s next marriage, as well as a half-brother named Jesse Robitaille, from his mother’s second marriage. He holds American nationality and belongs to White Caucasian ethnic group. As a teenager, he moved around from city to city with his mother and stepfather; while living in Detroit, Steven was homeschooled until his matriculation. He then took acting classes in Los Angeles.

Steven R. McQueen started pursuing his professional acting career in 2005 at the age of 17, when he made his debut TV appearance in the guest-starring role of Jordan Peters in an episode of the short-lived CBS sci-fi drama series “Threshold”.

His first notable role came later that year, as Kyle Hunter in the fourth and final season of The WB’s drama series “Everwood” which was aired until 2006. He then co-starred as ‘the kid’ in the 2006 short drama film “Club Soda”, which earned him a Beverly Hills Film Festival Award for Best Actor, after which he made his debut feature film appearance in the role of Derek Beaugard in the 2008 sci-fi Disney Channel Original Movie “Minutemen”, directed by Lev L. Spiro.

Steven R. McQueen then guest-starred in such TV series as “Numb3rs”, “Without A Trace”, and “CSI: Miami”, before gaining popularity when he joined the main cast of The CW’s supernatural teen drama series “The Vampire Diaries”, in which he starred as Jeremy Gilbert for the first six seasons from 2009 to 2015, later making a special appearance in the series finale in 2017.

The series was developed by Julie Pec and Kevin Williamson, based on L. J. Smith’s book series of the same title, and follows the love triangle between a girl and two vampire brothers. It achieved huge success all over the world and won numerous awards, including 30 Teen Choice Awards and 27 People’s Choice Awards, among others. For his portrayal, Steven received a Teen Choice Award nomination for Choice TV: Male Scene Stealer in 2013. In 2018, he reprised the role in an episode of the CW’s fantasy drama series “Legacies”, which is a spin-off from “The Vampire Diaries”.

While filming “The Vampire Diaries”, Steven continued to work on other projects.

In 2010, he was cast as Jake Forester in the comedy-horror film “Piranha 3D”, which is a loose remake of the 1978 film “Piranha”, sharing the screen with Adam Scott, Jeremy O’Connell and Elisabeth Shue. The film received generally positive reviews, and was commercially successful, grossing over $83 million worldwide on a $24 million budget.

His next prominent role came when he was chosen to portray Jimmy Borelli in the fourth season of the NBC drama series “Chicago Fire”, broadcast from 2015 to 2016, reprising the role later that year in several episodes of its spin-off, entitled “Chicago P.D.”,. Two years later, he played J.J. Cullings in the short sci-fi film “The Take Off”, directed by Ryan Kalil, and featured as Wayne in the romantic drama Hallmark Original Movie “Home By Spring”.

He ended the year with the role of Joseph Vittori in an episode of the Netflix anthology documentary series “Medal Of Honor”.

Most recently, Steven had the part of Cal Breaker in the 2020 Western film “The Warrant”, alongside Neal McDonough and Casper Van Dien.

Steven R. McQueen has short dark brown hair and dark brown eyes. He stands at a height of 6ft 0ins (1.83m), while his weight is around 170lbs (77kgs). Information about his vital statistics, biceps size, and shoe size isn’t available.

Steven R. McQueen has dated many women – his first relationship known to the media was with actress and singer Chelsea Kane, lasting from 2007 to 2009.

Following their split, he went on to date his “The Vampire Diaries” co-star Candice Accola for some time in 2010. Between 2011 and 2013, he was in a relationship with “The Vampire Diaries” assistant Hilary Harley, then in 2014 briefly dated Sean Penn’s daughter Dylan Penn, also known for being a model.

Afterwards, he entered a romance with model Olivia Pickren in 2014 but the two broke up in 2016. Later that year, he started dating model Alexandra Silva, and although they became engaged in early 2018, they subsequently called it off. Since then he hasn’t been spotted with any other girl, so it’s believed that he’s single at the moment. His residence is still in Los Angeles.

In his spare time, Steven enjoys playing video games, horseback riding, and kickboxing. He is also skilled in ice hockey and martial arts.

Steven R. McQueen is also known for his charity work. Since 2014, he has been a supporter of the non-profit organization Thirst Project, that provides safe drinking water to those communities around the globe where it isn’t normally available. He has participated in their annual fundraising events – the Annual Thirst Gala events.

Furthermore, he collaborates with another non-profit organization called TECHO, that fights extreme poverty in Latin America. He also works with the charity Echoes of Hope, founded by his parents Stacia and Luc Robitaille, which provides support to at-risk and emancipated foster youth.