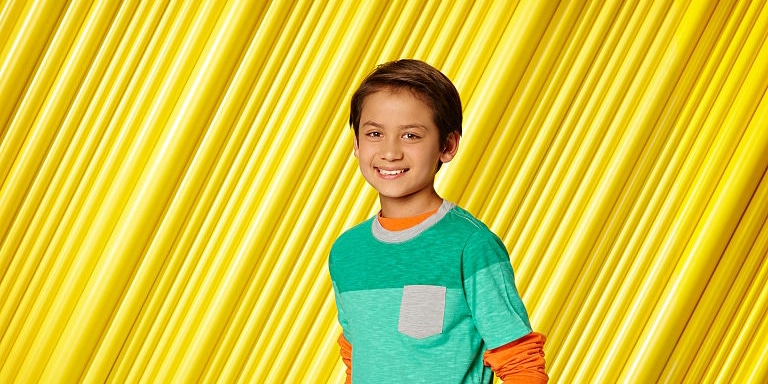 Who is Tenzing Norgay Trainor?

Tenzing Norgay Trainor is an American award-winning actor, probably best known to the world as Parker Rooney in the TV series “Liv and Maddie: Cali Style” (2013-2017), and as Trevor in the TV series “American Housewife” (2020-2021), among several other notable roles that he’s secured so far in his career.

How Old is Tenzing Norgay Trainor? Childhood, Parents, and Education

Tenzing Norgay Trainor was born on 4 September 2001 under the Virgo zodiac sign, in Plantation, Florida USA.

He’s the son of Clark Tulley Trainor and Deki Tenzing Norgay, and grew up in his hometown with his two siblings, Yonden and Kalden Trainor. His grandparent is Tenzing Norgay, the Nepali-Indian Sherpa mountaineer, the other individual who reached the summit of Mount Everest alongside Edmund Hillary in 1953. Tenzing became interested in acting at an early age, and after a successful audition, became a Disney actor.

Tenzing’s career started in 2012 when he was just 11 years old, with a minor role in the TV series “Stevie TV”.

He continued with minor roles in such TV series as “The Jadagrace Show” and the television comedy movie “Bits and Pieces”, both in 2012.

Tenzing was selected for his first major role in 2013, as Parker Rooney, the youngest in the Rooney family, the main protagonist in the TV comedy series “Liv and Maddie: Cali Style”. He starred in all 80 episodes of the award-winning series until 2017, alongside Dove Cameron, Joey Brag, and Kali Rocha, which in large part increased his popularity. Concurrently, he guest-starred as Parker Rooney in the TV series “Jessie” (2014).

Tenzing continued on with his career rather successfully, firstly appearing in the TV comedy series “The Mick” in 2017, which starred Kaitlin Olson, Sofia Black-D’Elia and Thomas Barbusca, then in 2018 portraying Jimbo in the TV adventure comedy series “Knight Squad”. In 2019, Tenzing was selected to give voice to Jin in the animated film “Abominable”, thus joining Chloe Bennet and Albert Tsai as the main stars, and receiving an Annie Award nomination in the category for Outstanding Achievement for Voice Acting in an Animated Feature Production.

The same year, Tenzing guest-starred in the TV comedy series “Modern Family”, and was selected for the part of Gun in the TV adventure mystery-drama series “The Stranded”.

Most recently, Tenzing was chosen for the part of Trevor in the TV series “American Housewife” (2020-2021), and to play Gavin in the TV comedy series “Boo, Bitch”, which is currently in pre-production, and is awaiting its release date.

When it comes to his personal life, Tenzing is a rather mysterious young actor, though some details from his personal life have emerged. He’s been in a relationship with a girl named Carinna since 2019.

As of mid- 2021, Tenzing Norgay Trainor’s net worth has been estimated to be around $500,000, earned through his successful career as an actor, during which he’s appeared in more than 15 films and TV series, all of which have added to his wealth.

Tenzing has several other interests in addition to acting. He started playing soccer at the tender age of six, and continued to play throughout his childhood, even considering it as a career before he became interested in acting. Although he hasn’t pursued soccer professionally, he sometimes enjoys a game with his friends.

The descendant of Tenzing Norgay, he is proud of his Nepali roots, and often visits his grandfather’s native country.

He is a skilled mixed martial artist, and has a black belt in Tae Kwon Do, one of few Disney stars to achieve such a feat, next to Leo Howard and William Brent. Back in 2016, Tenzing showcased his skills as he won the California Thanksgiving Championship in martial arts.

Tenzing is an avid animal lover and he had a pet dog named Charlie which recently died.

Tenzing is known for his charity work, especially with the Tenzing  Norgay Sherpa Foundation, which is focused on helping widows of sherpas who die during mountaineering missions, and their children. When Nepal was devasted by an earthquake, Tenzing helped the foundation raise $150,000, which was then used to rebuild destroyed houses and entire villages outside of Kathmandu.

Furthermore, he has supported the #UpForSchool campaign, intended to provide schooling for all children around the world.