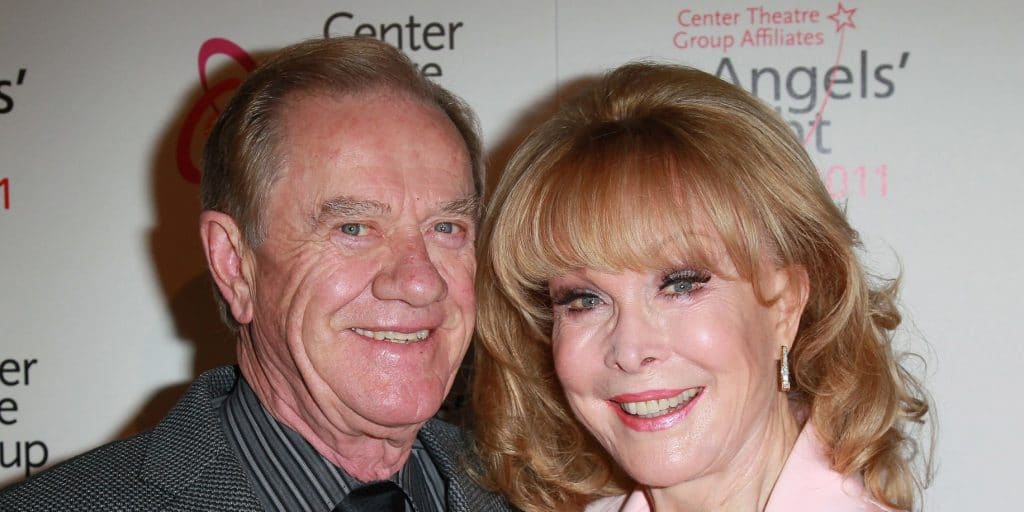 Who is Jon Eicholtz?

Jon Truesdale Eicholtz is a realtor, architect, and a philanthropist, who is probably best known in the media as the husband of the actress, producer and singer Barbara Eden; she’s possibly still best known for her title role in the ‘60s sitcom “I Dream of Jeannie”. Jon was born under the Zodiac sign Leo on 22 August 1939, in Topeka, Kansas, USA. As of 2022, he’s 82 years old, and holds American nationality.

Nothing is known about his parents and childhood, and it’s believed that he’s an only child. Regarding his education, in 1962 he graduated from the University of Kansas with a Bachelor’s degree in architectural engineering.

Jon has been working as an architect for over 50 years – for a number of companies engaging in various projects and landmarks, such as the 30-stories-tall skyscraper Commerce Tower in Kansas City. According to his LinkedIn profile, he’s semi-retired, and mostly focuses on humanitarian efforts with his wife, Barbara. The couple recently made a donation of $300,000 to Kansas University.

Nothing is known about his dating history and romantic interest before Barbara. Jon and Barbara met in 1988, began dating soon after, and tied the knot on 5 January 1991, at the Grace Cathedral Church in San Francisco.

The couple haven’t welcomed any offspring, however, Barbara had a son named Matthew Ansara from her previous marriage to Michael Ansara, who unfortunately passed away in 2001 from an accidental drug overdose at the age of 35. Before marrying Jon, she married to Charles Fegert in 1977, whom she divorced in 1982.

In an interview, Barbara talked about her marriage and how they have maintained their happy relationship of 30 years, saying: ‘It’s all about making comprises. I think you have to like each other a lot. You really do. You have to be willing to choose your partner over yourself sometimes. Walk in the other person’s shoes if you’re having a problem. She added that he had supported her through her busy and chaotic Hollywood career.

According to sources, Jon’s estimated net worth is around $5 million, which he’s earned through his career as a real estate developer and architect. On the other hand, his wife’s wealth is in the range of $10 million, which she’s acquired through her career spanning six decades as an actress and singer.

Reportedly, he is an avid sports fan, and enjoys playing golf and watching American Football.

During the quarantine, Ron and Barbara adopted a labradoodle. Even though Ron is a bit skittish around dogs, they have had a blast adding the puppy to their family. Talking to the media outlet Closer, she revealed: ‘We would go to Carmel with our friends who also have a Labradoodle, and we’d spend long weekends up there at Doris Day‘s hotel The Cypress Inn. There is nothing but dogs there! You don’t want to go if you don’t have a dog. We had such a good time.”

Tuscon native Barbara began singing in local bands at a very young age, performing at nightclubs. When she turned 16, she joined Actor’s Equity, and attended the private San Francisco Conservatory of Music to further her knowledge of vocal techniques. Barbara matriculated from Abraham Lincoln High School in 1949 and spent a year studying theater at the City College of San Francisco. She launched her acting career in 1955, appearing in a number of shows including “The West Point Story”, “I Love Lucy”, and “Crossroads”. Barbara made her movie debut with a minor part in the 1957 satirical comedy “Will Success Spoil Rock Hunter?”

One of her first major roles came in 1957 when she was cast as a regular in the sitcom “How to Marry a Millionaire”, which ran for two seasons. She continued building her profile by appearing in various films and shows, including “Voyage to the Bottom of the Sea” (1961), “The Yellow Canary” (1963), and “Burke’s Law” (1963).

In 1965 she landed her most notable role as Jeannie, the main character in the sitcom “I Dream of Jeannie”, alongside Larry Hagman who played her love interest. The show became one of the most-watched in the ’60s, and ran for five seasons.

Her exquisite performance as a 2,000-year-old genie did not go unnoticed, and she scooped nominations for two Golden Globe Awards for Best TV Star and Best TV Actress.

In 1985 she reprised her role as Jeannie in the fantasy-comedy movie “I Dream of Jeannie…Fifteen Years Later”, and then in 1988 Barbara received her star on the Hollywood Walk of Fame.

In the following two decades, Barbara remained a name present in the media for her various projects – she continued appearing in shows and movies, including “Dallas” (1990), “Carolina” (2003), and “George Lopez” (2007). Despite her age, she is still active – most recently Barbara appeared in the 2019 stage production of “Love Letters”, and the movie entitled “My Adventures With Santa”.

Besides her prolific acting career, she recorded several singles in the ‘60s and ’70s, and released the album “Miss Barbara Eden” (1967). A versatile individual, Barbara has published two books, “Jeannie out of the Bottle” (2019) and “Barbara and the Djinn” (2021), while in 1987, her recipes were featured in the “Las Vegas Celebrity Cookbook: The Private Recipes of 50 International Entertainers” by Smith Joe.