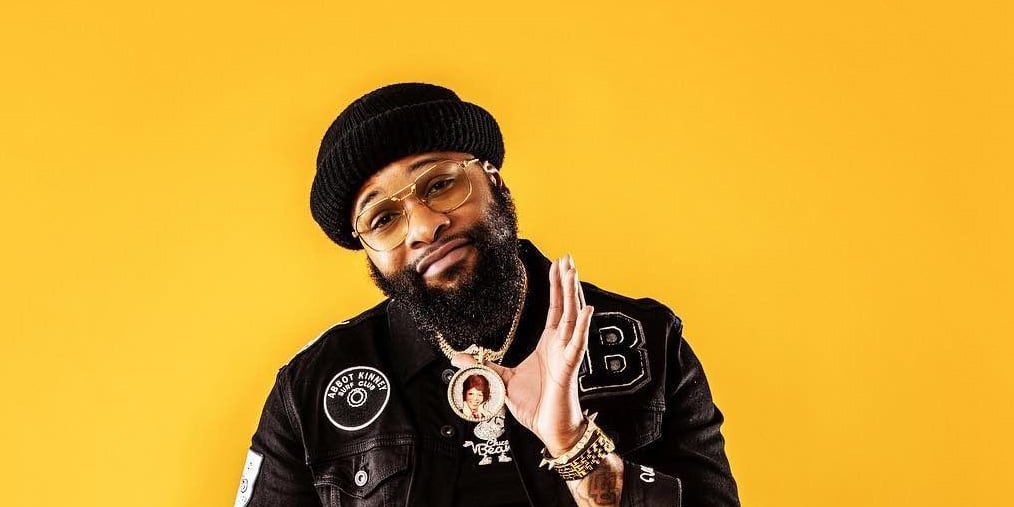 Who is Chico Bean?

Anthony Jamal Chico Bean is a comedian, writer, singer, producer, and actor, perhaps best recognized for starring in MTV’s improv comedy show “Wild ‘N Out” and comedy court show “Guy Court”. He was born under the Zodiac sign Pisces on 20 February 1987 in Washington, DC, USA. As of 2021, he is 34 years old and holds American nationality.

He was born to African-American parents, Tawanda Bean, while his father’s name remains unknown. However, the multi-threat star, Chico, revealed in an interview that he had lost his father at the age of two and had struggled to stay afloat with his mother.

Reportedly, his father was a murder victim and was shot by an unknown culprit in the streets of Washington.

Losing his father to such a violent death and being raised by a single mother took a huge toll on his life and changed his perspective and mindset.

Growing up, he aspired to change the world and make a name for himself in the process, leaving something for the future generations. He was nicknamed Chico by one of his uncles, who also served as motivation and inspiration for him, and he later took over the name as his stage name. In his childhood and formative years, he was exposed to rap music which influenced him to develop an interest for singing and rapping.  In an interview, he explained: “I can now perform improve comedy really well due to the culture I grew up around, as both rapping and comedy require fast thinking and witty lines”.

Regarding his education, he matriculated from a local high school and enrolled at North Carolina University.

He launched his career as a comedian in 2007 in Greensboro, North Carolina, performing stand-up comedy in bars and around campus, gaining moderate success. As influence and popularity grew, he landed a comedy gig as an opening act for the comedian Chris Wiles. Later he started the comedy club and troupe entitled “Freestyle Funny Comedy Show” with his friends and fellow comedians Darren Brand and B-Daht. Chico performed with his friends at local clubs, colleges, and universities.

Building his profile as a comedian, he got another gig at the popular Gotham Comedy Club performing in the Fresh Faces of Comedy which turned out to be his breakout moment.

In 2011, after Nick Cannon, the popular actor, and comedian, saw him perform at the Gotham Comedy Club in the Fresh Faces of Comedy. Reportedly, Chico’s prepared a skit that included a lot of curse words, and according to the show’s guidelines, profanity was not allowed. Having learned this, Chico had to rewrite his skits on the spot with not much time on his side as he was about to perform.

Nick happened to witness Chico talking to himself, trying to make something interesting, funny, and in accordance with the guidelines, and could not help but be amazed by his preparedness, resourcefulness, and wit.

As a performer who has been in the entertainment industry for a long time, Nick recognized his comedic potential, prompting him to invite Chico for an audition for the MTV show “Wild ‘N Out”. Following his audition, he was cast as the recurring character in the fifth season.  An interesting detail- he was supposed to appear in the three episodes of the show, but, after garnering huge success and establishing himself as a valuable member, Nick decided to keep him on the show. Now, Chico is a regular member who has been starring on the show since the fifth season. He also appears in the podcast of the “Wild ‘N Out”.

He is best known for his “Sucka MC Battles” with his co-star Karlous Miller. In the seventh season, he came into the spotlight for dissing the rapper Safaree in the episode featuring the rapper T-Pain, delivering some harsh yet hilarious lines.

The video became very popular, and it has over 10 million views.

At the end of the ninth season, he was named the “Most Valuable Player”. He also hosted the special “Wild ‘N Out” awards show with Justina Valentina, his co-star from the show.

His Music Career and other ventures

In addition to his lengthy and prolific career as an actor and comedian, he has also dipped his toes in the music industry. He released two albums, “Smoke in Your Body” and “The Black Wall Street Comedy Special Live in Tulsa”, receiving moderate success.

As a versatile performer, he also tried his luck in the entertainment industry as a writer and producer.

He co-wrote and produced the 2020 BET Hip-Hop Awards. Regarding his endeavors as an actor, he has guest-appeared in several TV shows such as “HuffPost Live Conversations”, “Uncommon Sense with Charlamagne”, and “Trivial Takedown.

He also starred in the made-for-TV movie entitled “Wild ‘N Out”: Wildest Moments”.

Regarding his dating history, not much is known as he has managed to keep his private matters away from the public eye. However, he has a daughter named Pierce Chanel, but the information surrounding Pierce’s birth and her mother’s identity remains a mystery. In an interview, he disclosed that he has never been married. It appears that Chico shares a close bond with his daughter as he often posts photos of her on his Instagram.

Talking of his current relationship status, it is speculated that he is single as of 2021.

Chico is 5ft 7ins tall (170cm) and weighs around 198lbs (90kg). He struggled with being overweight most of his life, and in 2019, he decided to change that by incorporating exercise, sports, and diets into his schedule. He has been very successful in following his dietary regimes and has managed to acquire a better physique. The comedian is bold and often wears bandanas, hats, and beanies. His eyes are brown, and he is known for rocking a beard. He additionally has numerous tattoos on his body, mainly his arms.

As of 2021, his estimated net worth is around $2 million, which he has earned through his numerous endeavors as an actor, comedian, and producer. When it comes to his salary and income from the show “Wild’ N Out”, reportedly all performers have different pay- Spanky Hayes earns around 26,000 per episode, while Katty Williams earns around 50,000 per episode.

Chico additionally ears through his merchandise store “Chicode”, which currently offers hoodies and beanies with the signature Chico Bean logo.

He is very active on his social media platforms. His Instagram has over 2 million followers, while his Twitter account has nearly 400,000 followers. He mostly shares updates on his current and upcoming projects.

What happened to Tim Meadows? What is he doing today? Wiki