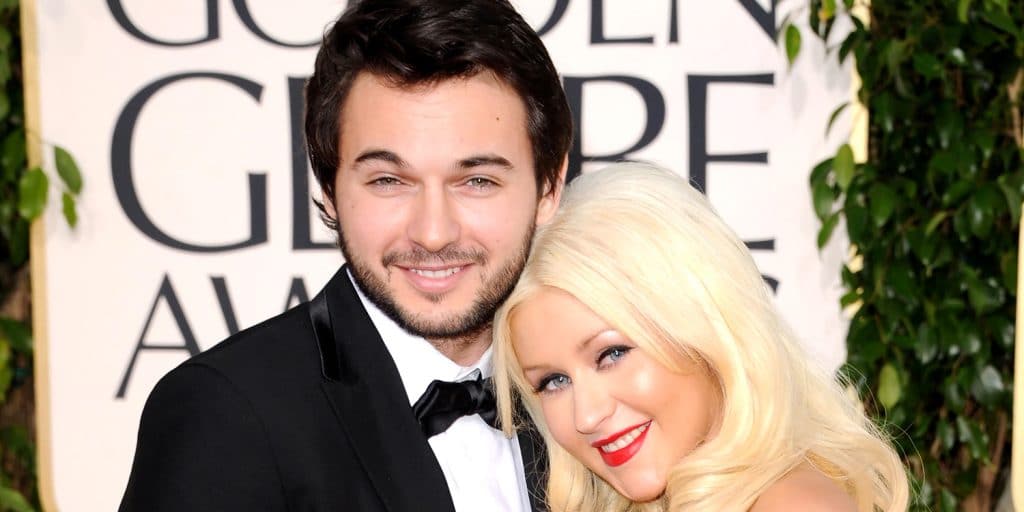 Who is Matthew Rutler?

Matthew Rutler was born in Wyckoff, New Jersey USA, on 14 April 1985 – his zodiac sign is Aries, and he holds American nationality. He’s a guitarist and a producer, but perhaps known best for being engaged to the pop singer Christina Aguilera.

Matthew was born to Kathleen and David Rutler, and grew up in New Jersey alongside his two siblings. He attended Ramparo High School in Bergen County, and then went on to study at Roger Williams University in Rhode Island, from which he graduated in 2007 with a Bachelor’s degree in business administration.

Career as a musician and other ventures

In 2006, Matthew formed The Nate Moss Band (formerly known as New Daddy Band) with the vocalist Nathan Moss, drummer Hoyt Hottel and bassist Evan Van Gorder; they all coincidentally met each other within two weeks, while performing in the same local venue.

On 25 July 2008, they released their debut full-length album entitled “Like We Mean It”, which attracted a small but dedicated audience.

The band has performed at numerous venues and events, including opening up for the Patriots vs. Steelers American Football game in November 2008, in front of more than 50,000 people. They have also played at the Dunkin Donuts Center in Rhode Island, opened for Keith Kate’s concert in Boston, Massachusetts, and were featured as the band of the month by Pixy 103 radio station. The Nate Moss Band was known for their progressive beach rock style, reminiscent of bands and artists such as Sublime, Jason Mraz and Donavan Frankenreiter. They stopped releasing new music shortly after Matthew started dating Christina, and officially disbanded in 2014.

Aside from being a musician, Matthew has also worked as a production assistant in several movies.

From 2009 through 2011, he worked with Hollywood celebrities such as Chris Rock, Jennifer Aniston and Adam Sandler, among others, probably known best for his work on “Surrogates”, “Edge of Darkness” and “Law Abiding Citizen”.

Matthew is currently the Executive Vice President, and one of the investors in, the company MasterClass, which is known for providing paid online courses in various subjects, including cooking, programming and design. On their website, users can even find courses taught by celebrity experts, such as a cooking classes by Gordon Ramsay, or Nas’ class about hip-hop storytelling.

Matthew and Christina met in 2009, while they were both working on the musical movie “Burlesque”, and shortly after Christina had separated from her ex-husband, Jordan Bratman. Three years later, Matthew appeared in Christina’s video for the song “Let There Be Love”.

In 2011, the two made headlines when they were arrested together for Driving Under the Influence (DUI) and public intoxication. Apparently, Matthew was ‘driving erratically’, while Christina was ‘extremely intoxicated’, which resulted in her being taken into custody for her own safety.

After dating for about four years, Matthew proposed to the famous singer on Valentine’s Day 2014, which she announced in a Twitter post. Six months later, she gave birth to their daughter, Summer Rain; they are also co-parenting Christina’s son, Max, from her previous marriage with Jordan Bratman.

Although the two have been engaged for more than seven years now, they are yet to exchange vows. This has raised many questions from their fans and the media, as to what could be the reason behind such an unusually long engagement.

Some people believe that Christina might be averse to marrying again after her previous experience being in a marriage.

Christina and Matthew are known for showcasing their love on social media, and often post photos of themselves wearing matching outfits and costumes. In a recent Instagram post, they can be seen posing in a Jacuzzi, wearing Santa hats and beards, while they had previously been seen dressing up as the Adams Family and Mario and Luigi.

Through the years, the couple were often followed by rumors about their relationship issues and possible separation, which have all proven to be false. Even after 11 years together, they still seem to be in a loving and stable relationship, and enjoy parenting their two children. The family is currently residing in their $10 million mansion in Los Angeles, California.

How much does Matthew earn?

Matthew earns most of his income through his job at Master Class. The company has recently been valued at more than $255 million, while Matthew reportedly earns a six-figure salary as the Executive Vice President. He also owns a part of the company through stocks, so as of November 2021, Matthew’s net worth is estimated at more than $15 million.

Christina Maria Aguilera was born in New York City on 18 December 1980 – her zodiac sign is Sagittarius, she is of Hispanic ethnicity, and holds American nationality. She’s a singer, songwriter and an actress, often referred to as ‘the voice of a generation’, while her works have generated both praise and controversy in the media.

Christina moved to Pennsylvania with her family when she was two years old. She began her music career at an early age, singing the national anthem for Game 1 of the 1992 Stanley Cup Hockey Finals. During the 1990s, she appeared as a child actress in numerous TV shows, including “The Mickey Mouse Club”.

In 1999, Christina signed a deal with RCA Records, releasing her debut studio album in August the same year, which was a commercial success, with three songs (“Genie in a Bottle”, “What a Girl Wants” and “Come On Over Baby”) topping the Billboard 100 chart. Three years later, she released the album “Stripped”, which marked her departure from the ‘teen idol’ image.

Although her music video for “Dirrty” sparked controversy for being sexually explicit, she was able to exceed the commercial success of her debut album, solidifying her status as one of the most popular musical artists at the time. Since then, Christina has released four more albums, “Back to Basics” (2006), “Bionic” (2010), “Lotus” (2012), and “Liberation” (2018).

In 2010, she starred alongside Cher, in the musical film “Burlesque”, which was nominated for a Golden Globe in the Best Motion Picture – Musical or Comedy category. In the following years, she collaborated with several other artists on their hit singles “Moves Like Jagger”, “Say Something” and “Feel This Moment”. From 2011 to 2016, she was one of the judges in the singing competition reality show “The Voice”.

Through her career, Christina has sold more than 75 million album copies, which makes her one of the best-selling musical artists of all time. She has been rewarded with five Grammy Awards, two MTV Video Music Awards, and also has a star on the Hollywood Walk of Fame. Christina has been named on the greatest singers in the world lists by the music magazines “Rolling Stone” and “Consequence of Sound”, while “Time” magazine named her one of the 100 most influential people in the world in 2013.