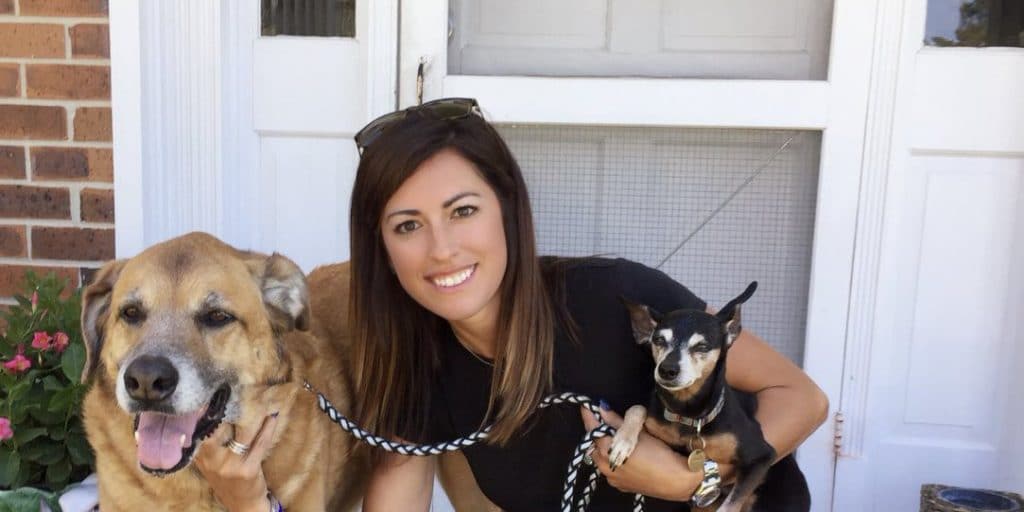 Who is Renee Portnoy?

Renee Portnoy (nee Satterthwaite) is an equine consultant, social media star, and the director of merchandising for the company SmartPak, but perhaps best recognized as the ex-wife of the businessman David Portnoy. She was born under the Zodiac sign Taurus on 5 May 1987, in Abington Township, Massachusetts USA. As of 2022, she is 34 years old and holds American nationality.

Not much is known about her parents and family; but it’s believed that she’s an only child. From a young age she began riding ponies, and harboring a love for animals, playing and spending time with them. Reportedly, when she was younger she had a minor accident riding a pony as it threw her off, but even this incident couldn’t stop her from being around animals.

Regarding her education, she matriculated from a high school in Abington in 2001, and enrolled at Boston University, from which she graduated with a Bachelor’s degree in international relations and business.

Since 2010, Renee has been working at SmartPak, the company that provides equine supplements, rider’s gear and apparel, among other things. She initially worked as a senior buyer, and after two years of successful work, she was promoted to director of merchandising. Given that Renne is an avid animal lover, working at SmartPak turned out to be a dream job for her, as she can utilize her love for animals everyday. Reportedly, this love for big pets was something she shared with her then-husband David Portnoy; they would often attend the Kentucky Derby, and similar events.

Besides her job at SmartPak, she is very involved in charities, especially those helping and rehabilitating animals, such as Nantucket Island Safe Harbor for animals. Renee uses her social media to share the inspiring stories of rescued dogs and also as a medium to find them their forever homes.

Her marriage to David Portnoy

Rene and David met in 2005 when she was graduating from college, and began dating. After three years, the couple announced the engagement in 2008, and the following year officially tied the knot in a private ceremony. At the time, David left Yankee Group where he had worked for four years, and began his journey as an entrepreneur. Renee supported his work and helped him launch the site that would later become Barstool Sports – she reportedly handled her husband’s affairs behind the scenes. They didn’t welcome any children.

In 2016, David began an affair with Jordyn Hamilton, and had often been seen with her having drinks and dinner. The rumors about David and Renee’s separation started to circle, and in January 2017 the couple parted ways. During the same year, David officially began dating Jordyn, which confirmed the rumors about his infidelity and the reason for their divorce.

Even though they didn’t have offspring, they took care of two dogs named Stella Bean and Madison. Considering that they were both attached to the dogs, they remained on good terms-David wrote on his Twitter account: ‘The bond and friendship that @renee_portnoy and Stella had is impossible to put into words.’

Who is Renee dating now?

In October 2021, she posted a photo kissing a man whose identity remains unknown. Even though she hasn’t officially confirmed the relationship, it is safe to assume that she’s taken.

On the other hand, her ex-husband had a quite turbulent romantic life following their divorce. Even though it seemed that his relationship with Jordyn was flourishing, he later accused her of cheating on him with her instructor, causing a surge of his fans and supporters to cyberbully her. In 2021, he was linked to Sydney Raines and Silvana Mojica.

Her ex-husband’s Scandals and Controversy

In April 2021, several women came forward and accused David of sexual misconduct, causing the shares of his company Natural Penn Gaming, to drop more than 20%. The women claimed that he had sexually abused them, forcing them to perform certain acts which gravely affected their mental health, while some women disclosed that he had choked them and filmed without permission.

He responded to the allegations on Twitter with a video of himself, in which he said: ‘I’ve never done anything weird with a girl, ever, never anything remotely non-consensual. Cancel culture has been coming for me for a decade. This is just the next iteration.’

Additionally, a sex tape of David and Instagram model, Sydney Raines surfaced on the internet, showing the two engaging in S&M (Sadomasochism). After the tape was made public, she took to her social media and disclosed: ‘Some might not approve of the video content, but it was entirely consensual, and it’s unfortunate that it is no longer private, but [Portnoy and I] are still friends with no animosity between us. I won’t label this a mistake since we have both taken responsibility for it.”

As of 2022, Renee’s estimated net worth is around $4 million, earned largely through her career as an equine buyer. On the other hand, her ex-husband’s wealth is reputedly over $80 million, which he’s acquired through his career as an entrepreneur and businessman.

Renee is 5ft 7ins tall (170cm), weighs around 140lbs (64kgs) ,with vital statistics of 34-24-35. Her hair is middle-length dark-brown, further adorned with hazel eyes. When it comes to her fashion style, she always leans toward casual and comfy combinations, such as wearing jeans, T-Shirts, and of course her riding apparel.

When Renee is not enjoying the company of her animals, she likes to spend her time eating out – she adores Chinese cuisine.

Her favorite actors are Robert Downey Jr. and Jennifer Anniston.

She is very active and popular on her social platforms – her Instagram account boasts over 40,000 followers, while her Twitter has over 30,000. Renee mostly posts photos of her dogs, and selfies. Her Instagram description reads: ‘adopt don’t shop, open the good bottle, shop small, chase sunsets, call your mom…also professional cheese plate curator’.

David Portnoy is an internet celebrity and blogger, who became popular after launching the sports and pop culture blog “Barstool Sports”.

Hailing from Swampscott, Massachusetts, David graduated from the University of Michigan with a degree in education, then moved to Boston, where he joined Yankee Group, the technology and research company.

In 2003, he began working on his “Barstool Sports” blog, which offered fantasy sports predictions, and content focusing on pop culture. It officially launched in 2007, and in no time became a sports media powerhouse with a large following, emerging as one of the most popular sites. In 2020, Penn National Gaming bought a 36% stake in Barstool Sports for $163 million, while the company’s estimated value was said to be in the rage of $450 million.

Even though the site is considered one of the major conglomerates in the digital world, over the years David and the company received backlash and criticism for the content it features and promotes – such as the Blackout Tour, which in the opinion of the public, promotes excessive and underage drinking.